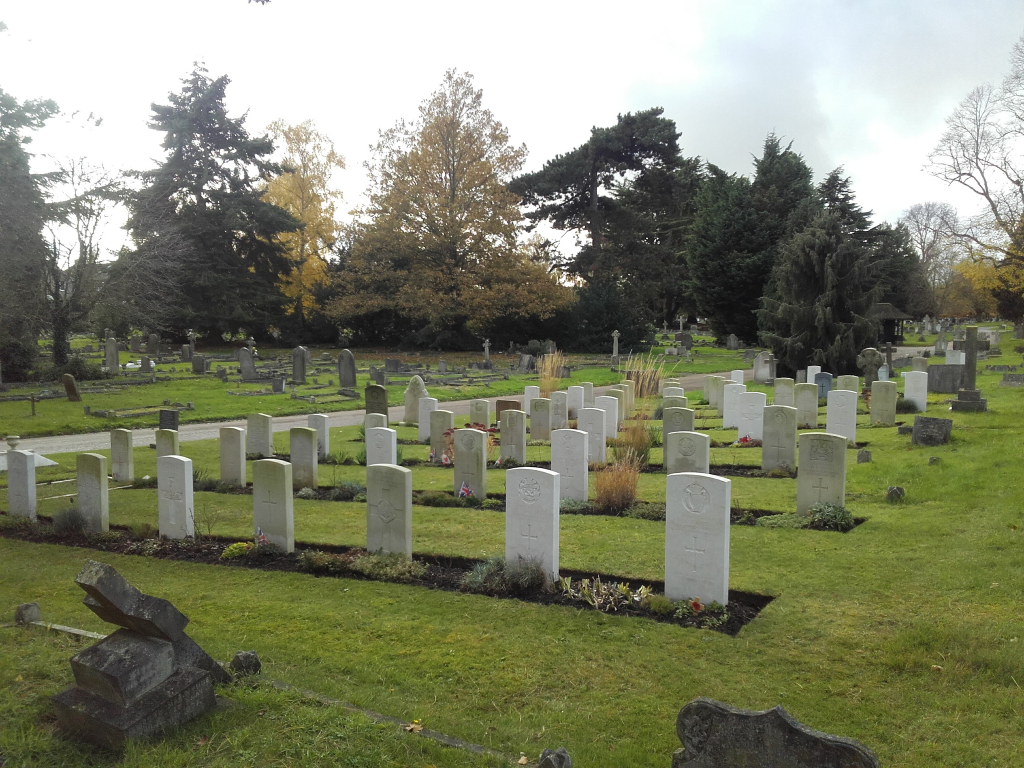 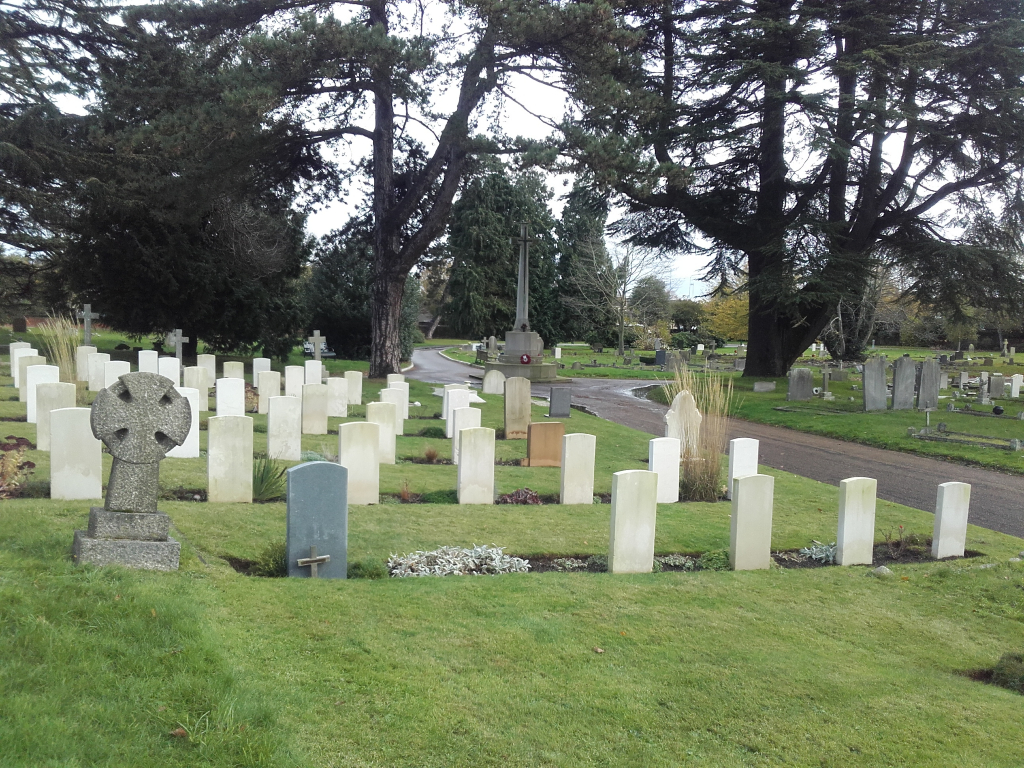 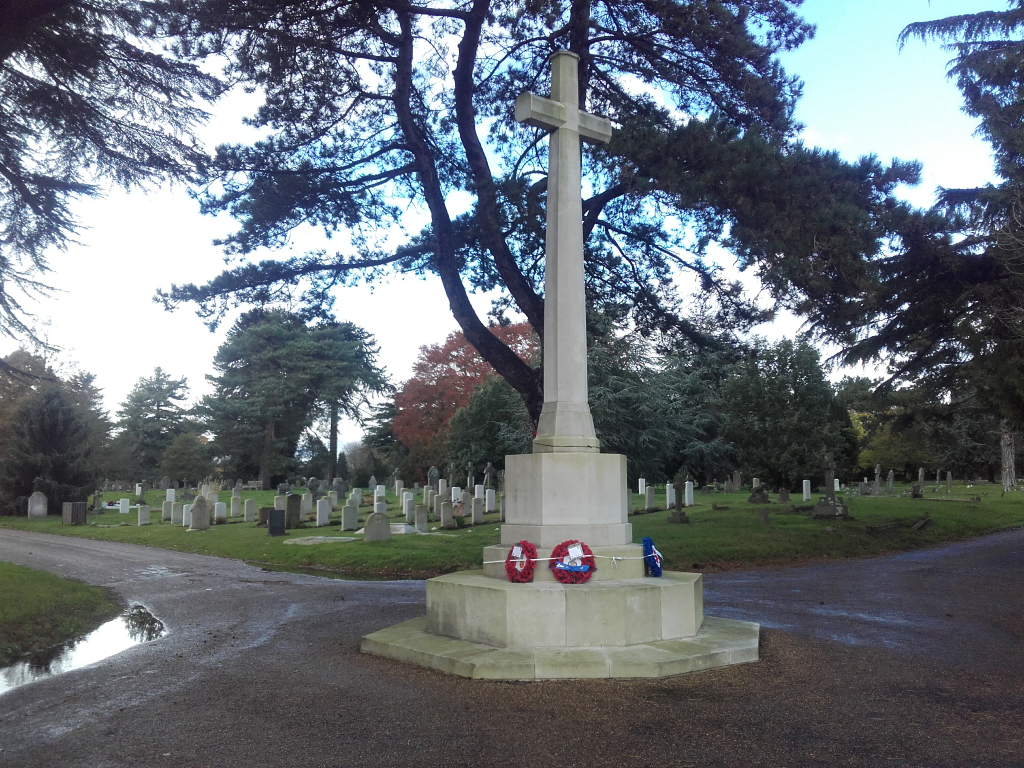 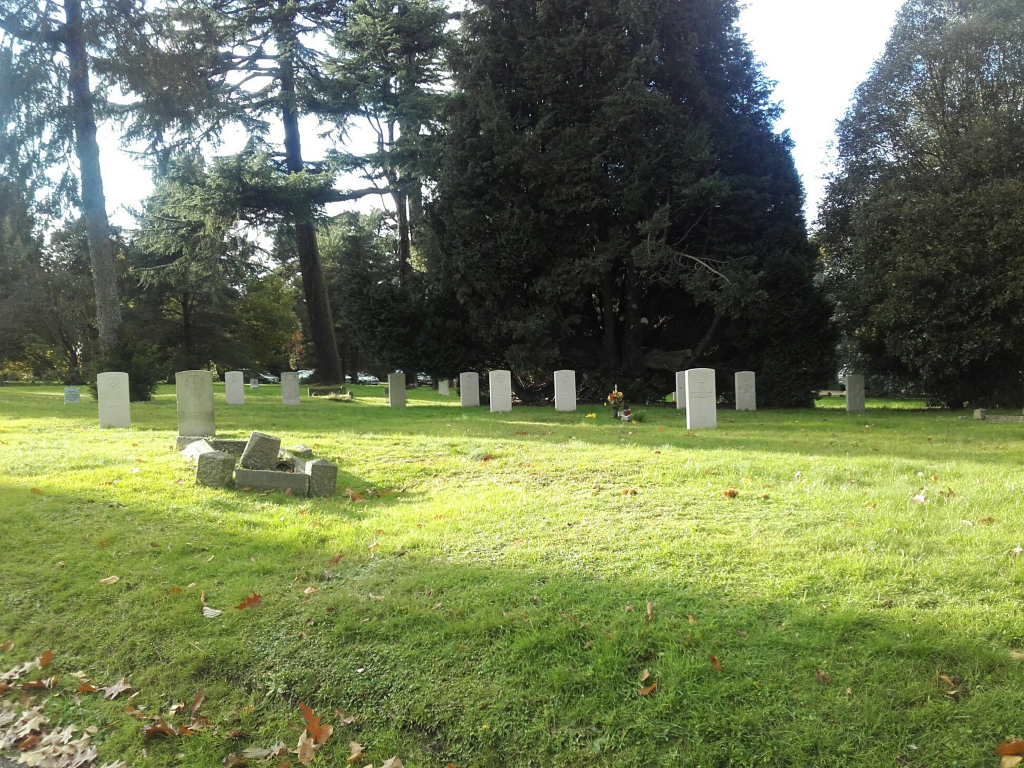 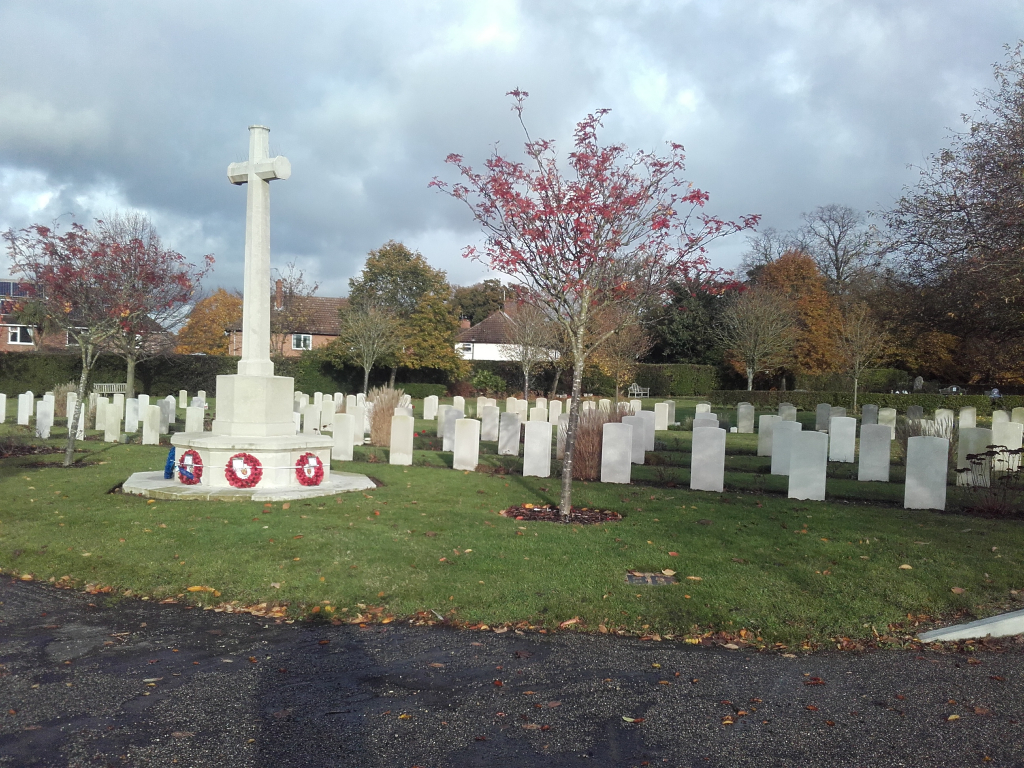 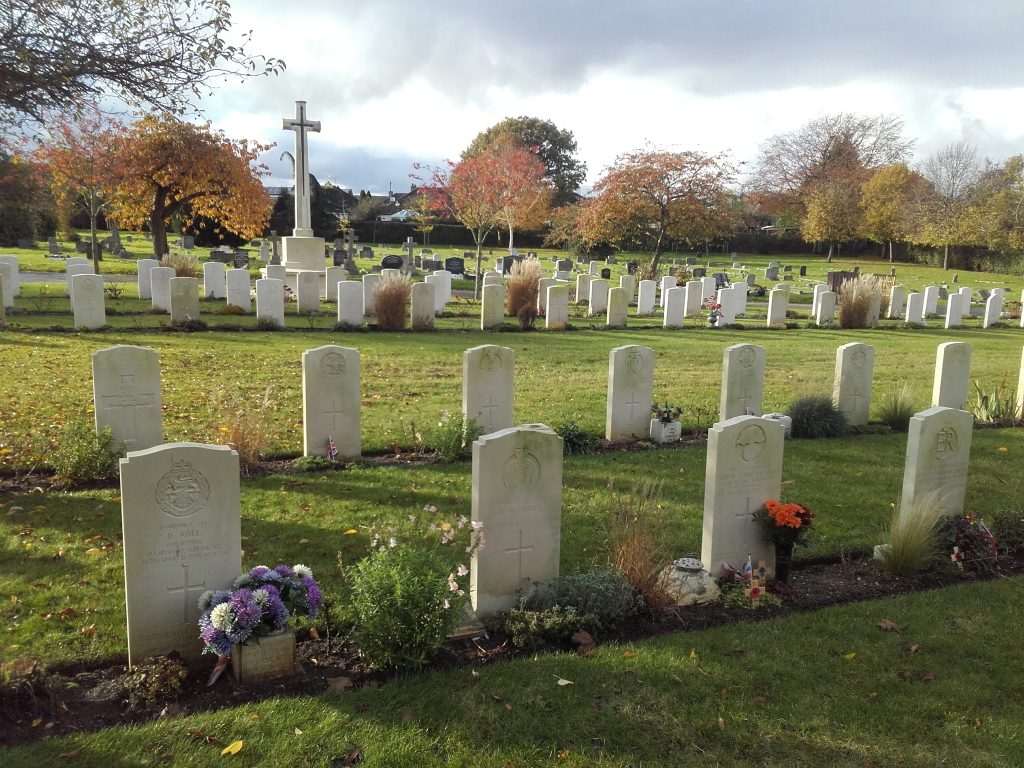 Colchester Cemetery was opened in 1856 and now belongs to the Corporation. It originally covered about 30 acres, but was enlarged in 1940 to 67 acres. The newer part is on the western side of the original burial ground, and behind it is the site of a Roman Way.

There are 267 Commonwealth burials of the 1914-1918 war, 1 being unidentified, of which 50 are in the War Plot, while 11 Australian graves are together in a group nearby, the remainder being scattered. After the war a Cross of Sacrifice was erected on a site overlooking both the plot and the group of war graves, in honour of all the servicemen buried here.

In the early months of the 1939-1945 War, shortly after the enlargement of the cemetery, land was set aside in the newer part for service war burials. This is now the War Graves Plot. Among these casualties are men who were killed at sea after being evacuated from Dunkirk. The non-war graves are those of a man of the Merchant Navy and two ex-servicemen who were buried in the War Graves Plot although their deaths were not due to war service. There are also 7 Foreign National burials.

The plot is enclosed by a hedge of cotoneaster frigida and a Cross of Sacrifice stands on the western side. The graves are set in level mown turf, with continuous flower borders along the rows of headstones in which are polyantha roses and other seasonal flowers.