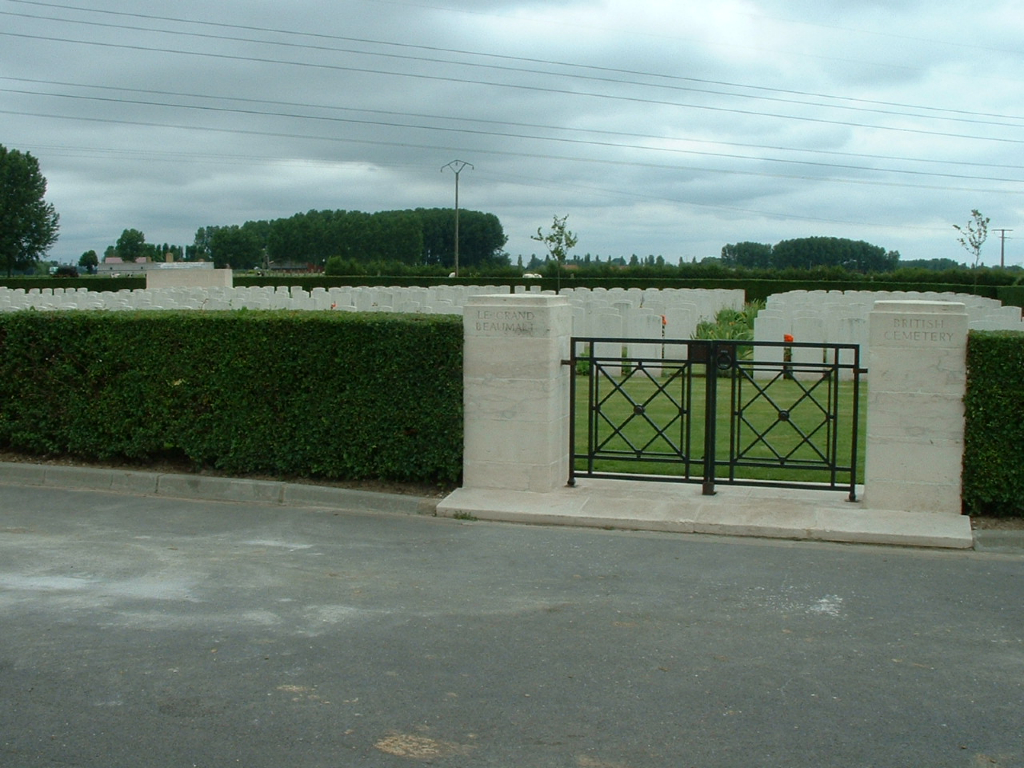 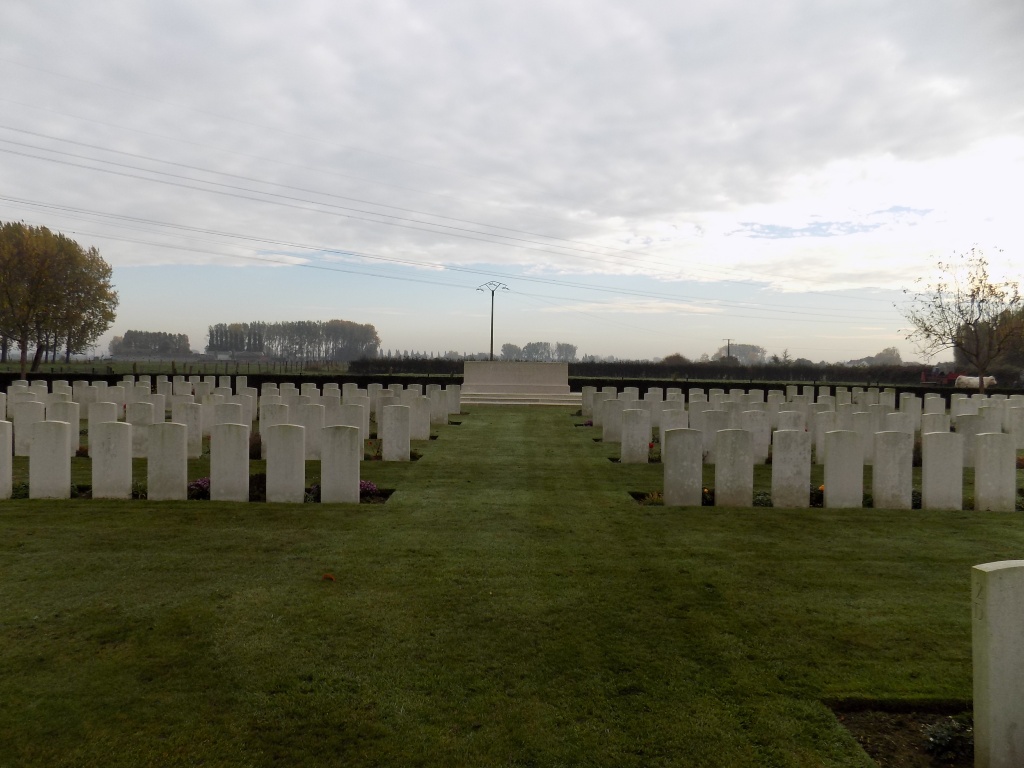 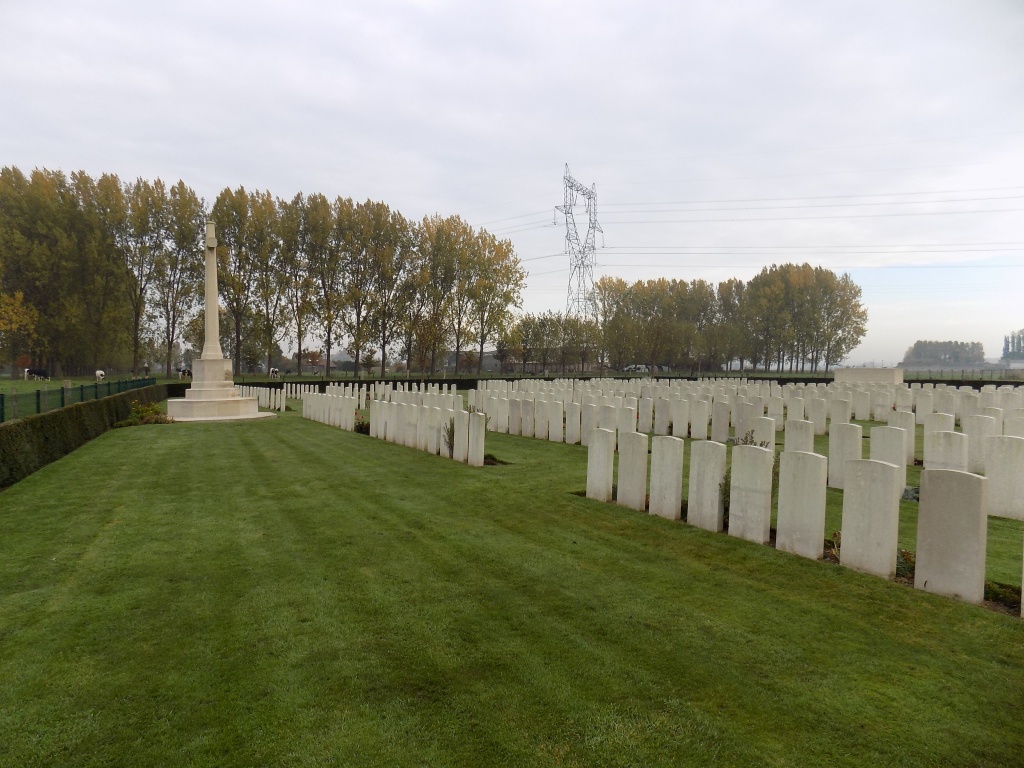 Steenwerck remained untouched for much of the First World War, but on 10 April 1918 it was captured during the German advance and remained in their hands until the beginning of October. The original cemetery (now Plot I, Rows A to D) was made by fighting units and field ambulances in April and October 1918, and contained 55 graves. It was increased after the Armistice when graves were brought in from the battlefields of Steenwerck, Nieppe and Armentieres. Among them were 116 Commonwealth graves from STEENWERCK GERMAN CEMETERY, a large burial ground on the Steenwerck-Trois Arbres road. Le Grand Beaumart British Cemetery contains 553 burials and commemorations of the First World War. 108 of the burials are unidentified but there are special memorials to 12 casualties known to be buried among them, and to three soldiers buried in the cemetery in April 1918 whose graves were destroyed by shell fire. Eight other special memorials commemorate casualties known to have been buried in Steenwerck German Cemetery whose graves could not be found. The cemetery was designed by Sir Herbert Baker.