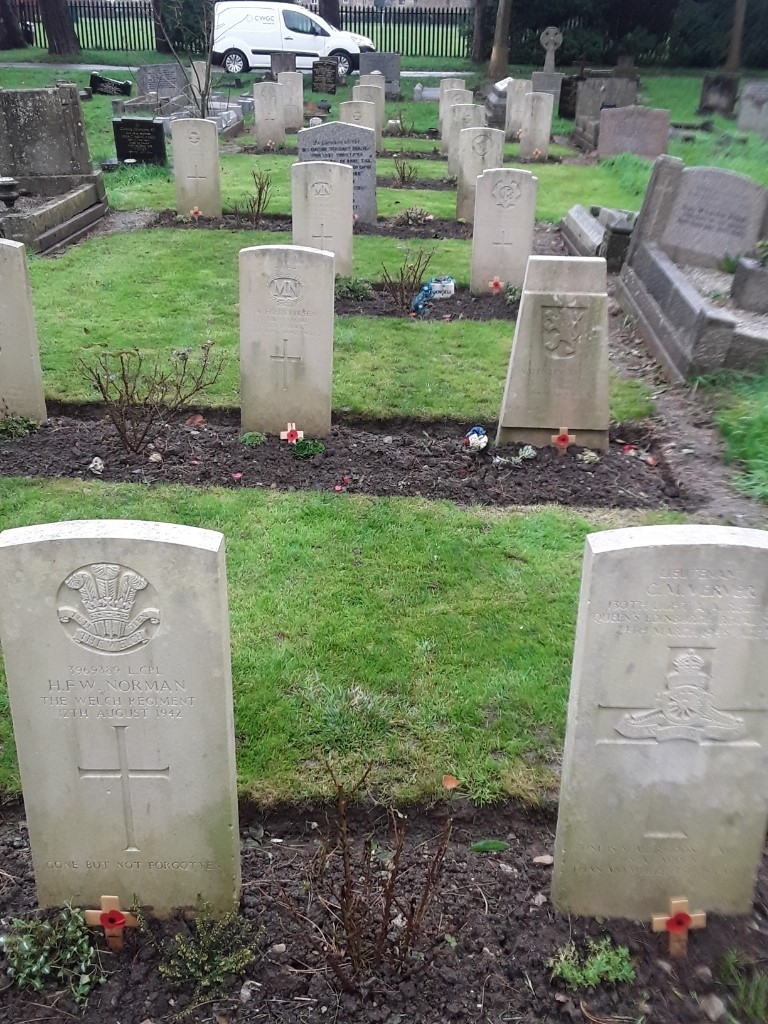 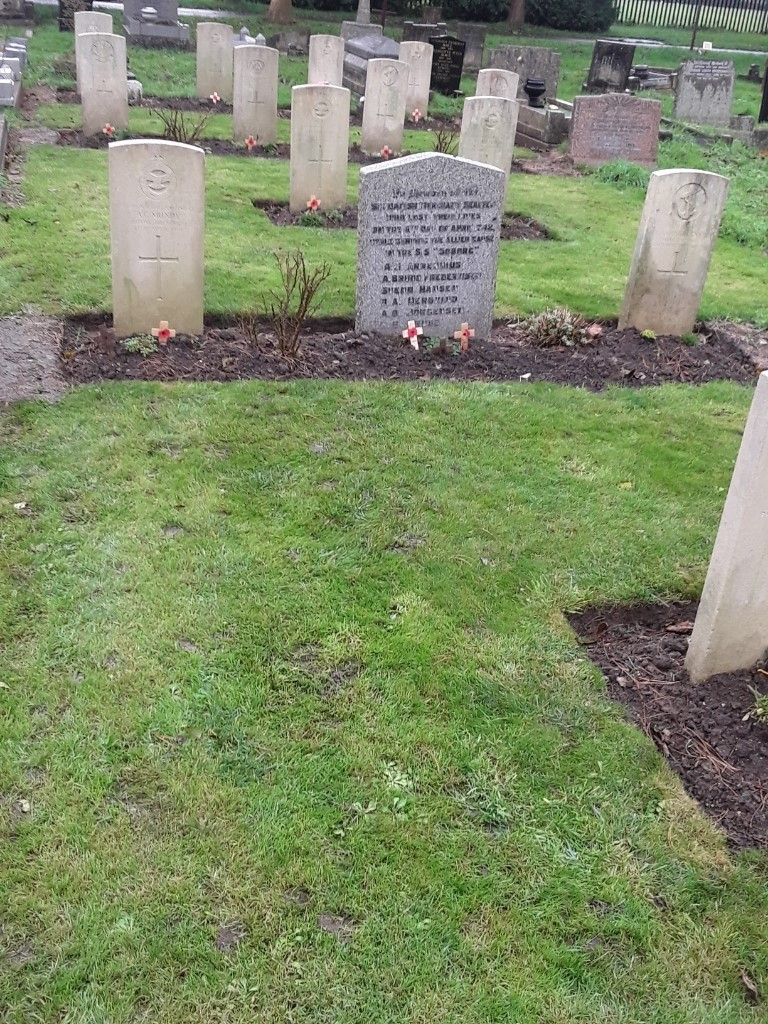 The cemetery contains war graves of both world wars, the burials of the 1914-1918 War being in various parts of the cemetery. Burials of the 1939-1945 War, 23 of which are in a group in Section R in the north-western corner of the cemetery, and the remainder are to be found elsewhere. There is a man belonging to the National Fire Service, who was buried in the group of war graves. Among the 14 men of the Merchant Navy are four Danish seamen who, with two other Danes, lost their lives in April 1942 in an explosion in the British Merchant vessel S.S. Soborg of Glasgow, in which they were serving. They are buried in the group of war graves. The body of the fifth Danish member of the crew was originally buried here but was later repatriated. The sixth body was not recovered. The names of all six are commemorated on a grey granite memorial which was erected on the empty grave of the repatriated Dane by the Danish Government, and unveiled by the Danish Ambassador in April 1948. The four graves are marked by Commission headstones.