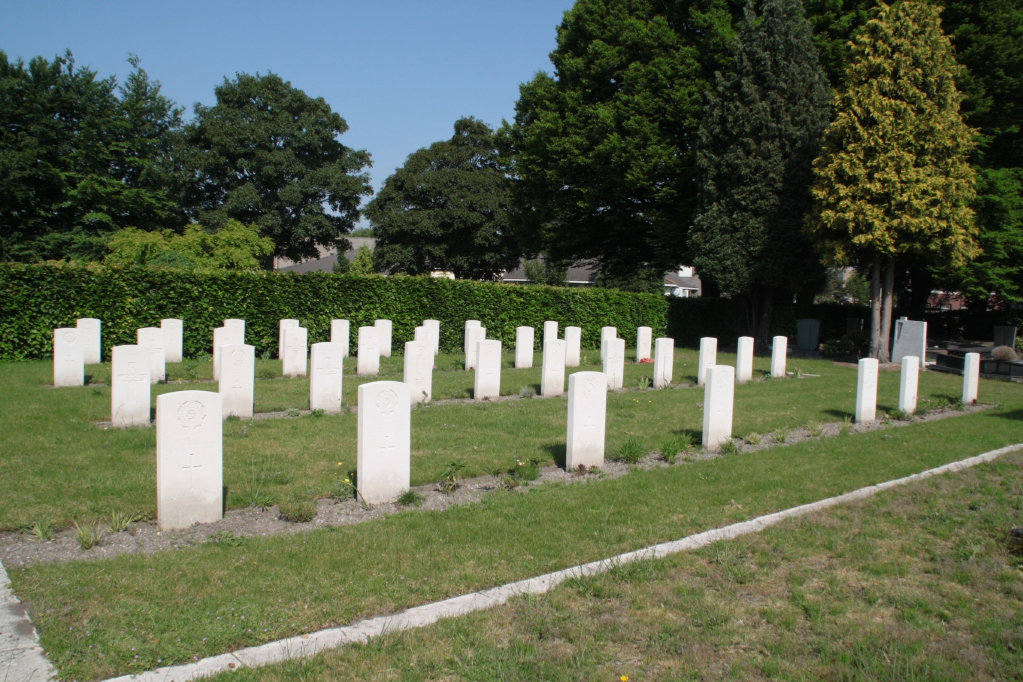 The town of Roosendaal lies about 1 kilometre north of the motorway from Breda to Bergen-op-Zoom. It is 24 kilometres south-west of Breda and 12 kilometres north-east of Bergen-op-Zoom. The Cemetery is 1 kilometre from the town of Roosendaal, on the north side of the old Breda road, the Bredasweg, on the left hand side. The Commonwealth war graves are in a small plot in the south-east part of the cemetery.

Roosendaal was occupied by the Germans from May 10th, 1940 until October 30th, 1944, when it was liberated by the Allies. During this period especially just before the liberation, air raids by allied planes inevitably caused much damage and a number of civilian casualties. Moreover, both Roosendaal and Nispen suffered considerably from the exchanges of artillery fire. In Nispen nearly all the houses were damaged or destroyed by the shelling. There are now nearly 40, 1939-1945 war casualties commemorated in this site.