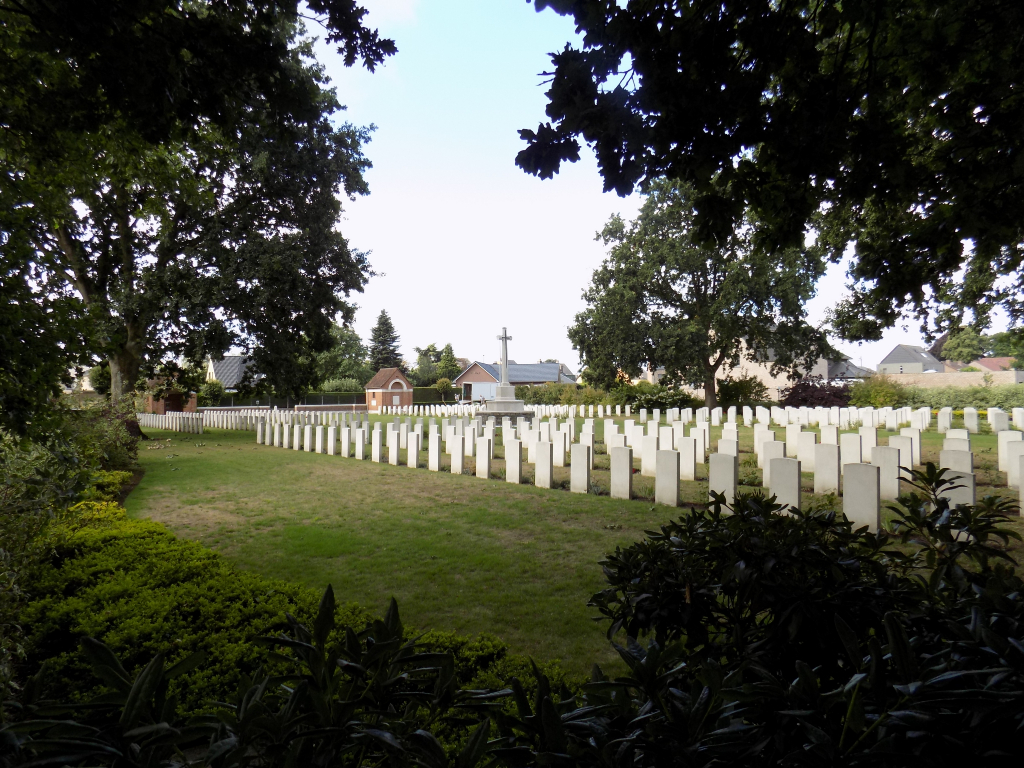 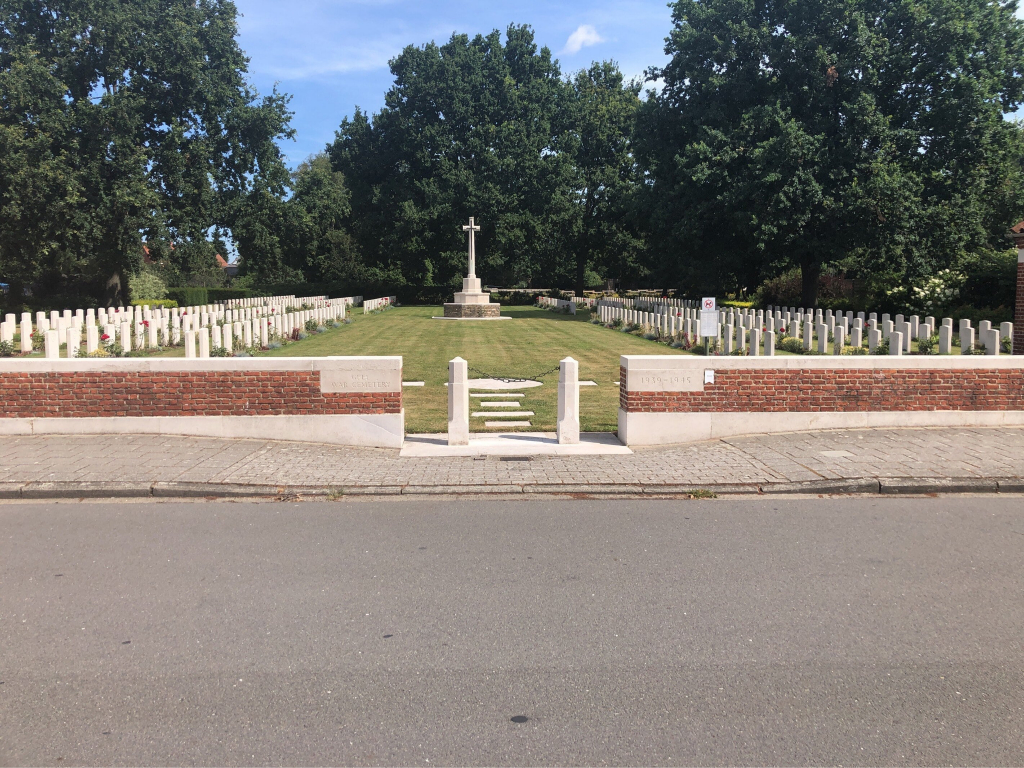 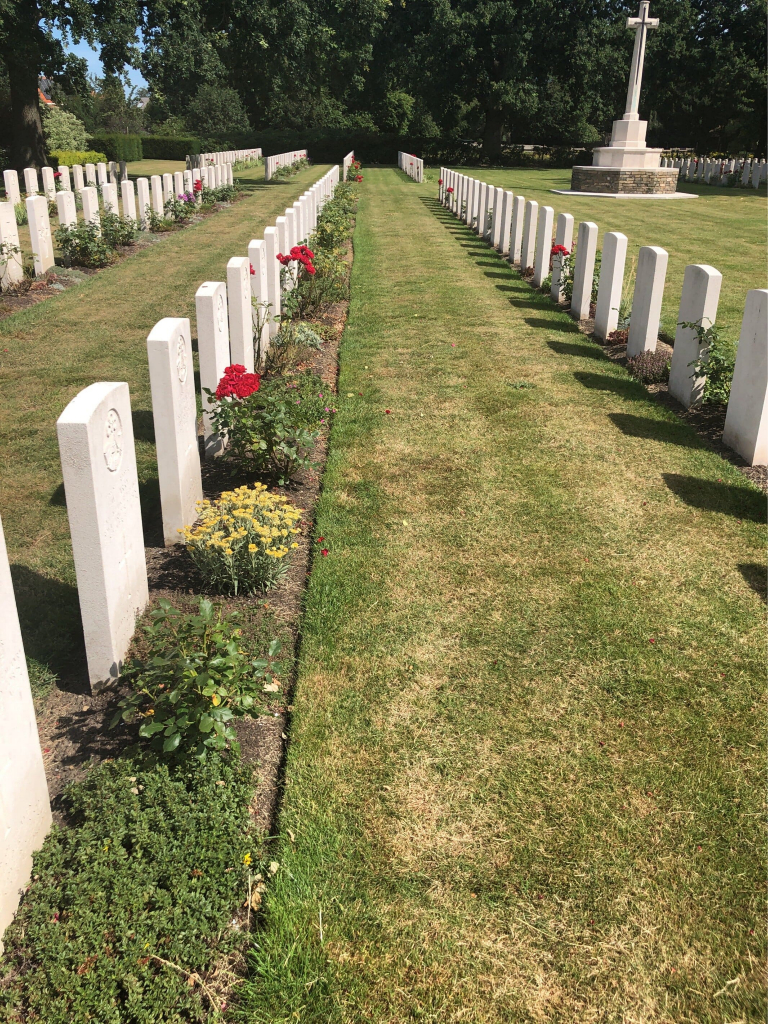 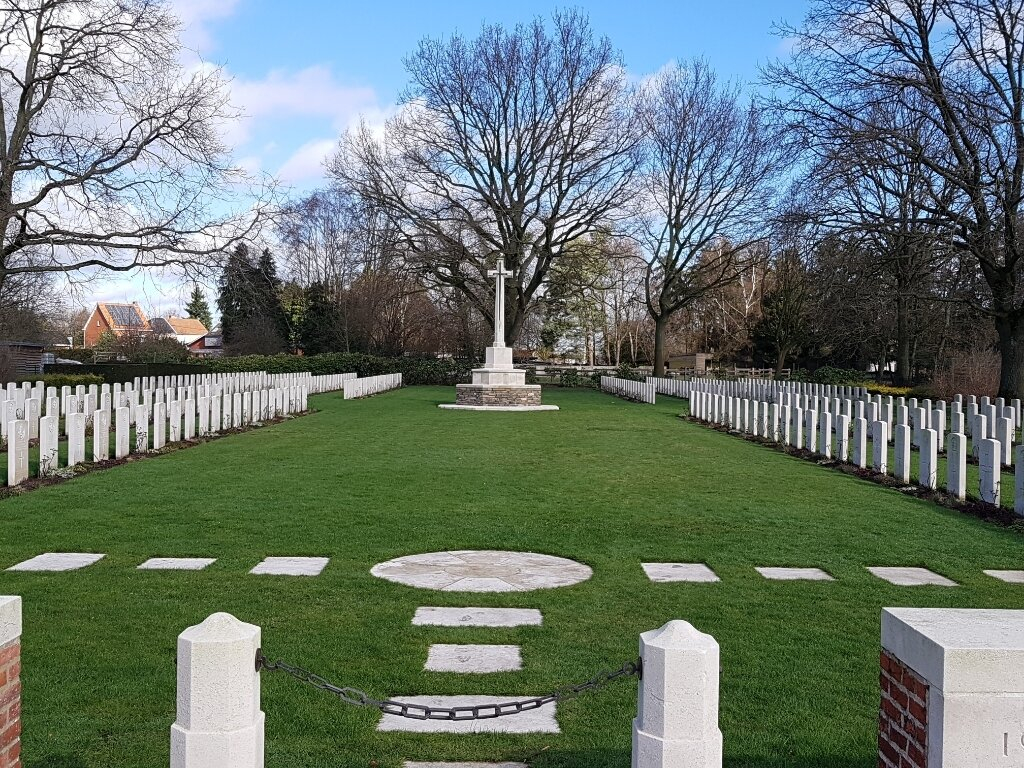 Geel is located midway between Antwerpen (46 kilometres), Hasselt (38 kilometres) and Leuven. From St Amands Church on the Grote Markt in Geel proceed for 600 metres down Nieuwstraat to the end of De Billemontstraat. Turn left onto Sint Dimpnaplein, passing Sint Dimpnakerk on your right, and drive 600 metres down along 'Rijn' leading you eventually onto Molseweg. 600 metres after entering Molseweg you will see a sign indicating that Geel War Cemetery is another 300 metres to the left. This takes you onto Stalpaart. At the end of Stalpaart turn right into Tweeboomkes, and 50 metres further on the left is Geel War Cemetery.

The British Expeditionary Force was involved in the later stages of the defence of Belgium following the German invasion in May 1940, and suffered many casualties in covering the withdrawal to Dunkirk. Commonwealth forces did not return until September 1944, but in the intervening years, many airmen were shot down or crashed in raids on strategic objectives in Belgium, or while returning from missions over Germany. In the early part of September 1944, Geel was the scene of some of the heaviest fighting encountered by Commonwealth troops since they had left Normandy. The 50th (Northumbrian) Division and the 15th Scottish Division were both involved here in the forcing of crossings of the Albert Canal and the Meuse-Escaut Canal, necessary for the advance into Holland. Some of the casualties they suffered were originally buried in a meadow near the centre of the commune, and some in the St. Dymphna civil cemetery; these graves were later moved into Geel War Cemetery. The cemetery contains 400 Commonwealth burials of the Second World War, six of them unidentified. The cemetery was designed by the Commission's Principal Architect, Philip Hepworth, FRIBA.