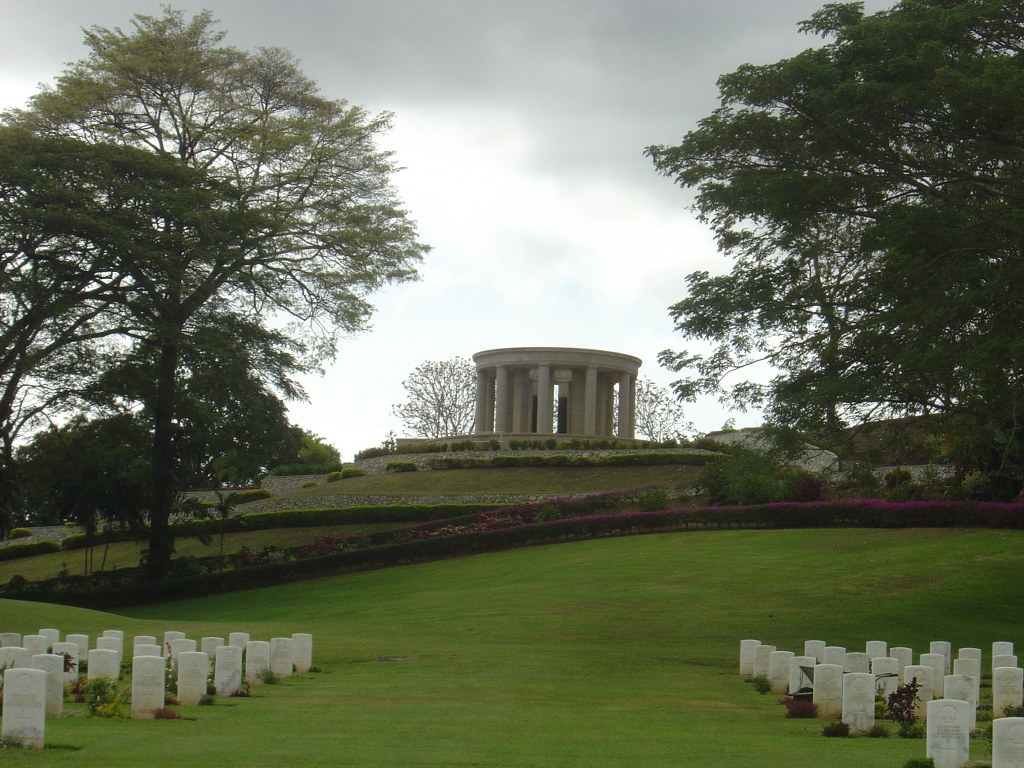 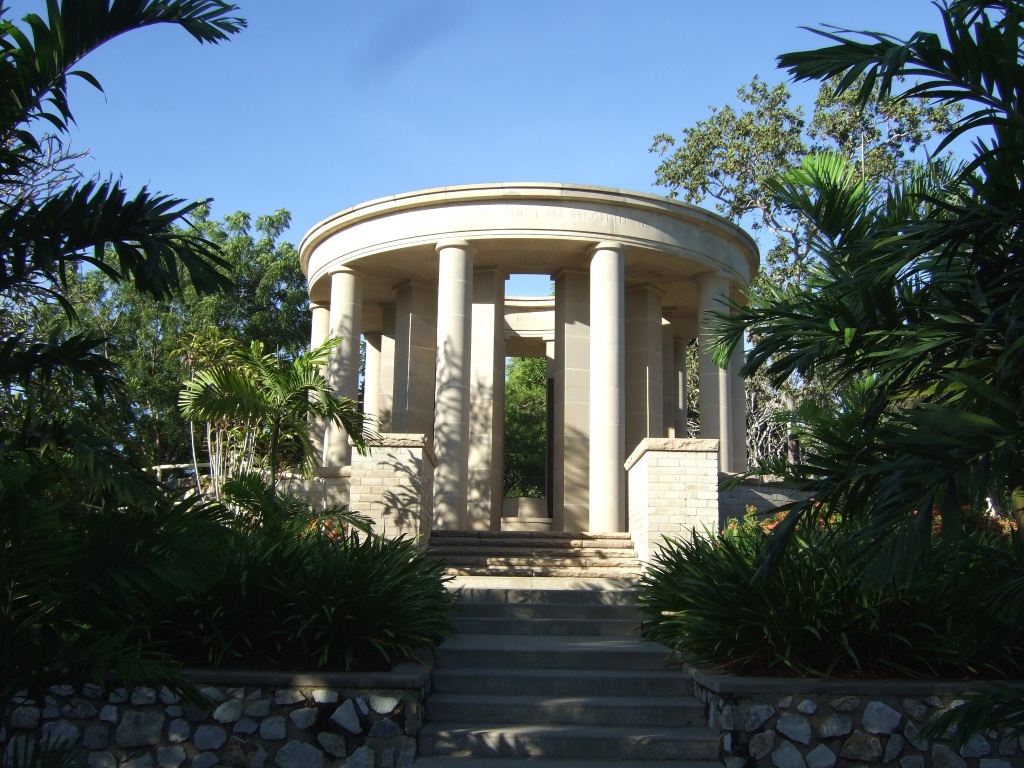 The Port Moresby Memorial is situated in Port Moresby (Bomana) War Cemetery, which is located approximately 19 kilometres north of Port Moresby on the road to Nine Mile. It is approached from the main road by a short side road called Pilgrims Way. The Memorial consists of a rotunda of cylindrical pillars enclosing a circle of square pillars bearing on their inside bronze panels upon which the names are engraved. In the centre is a low circular stone table on which is a bronze compass.

Port Moresby has a good harbour on the Gulf of Papua and its situation close to the Australian mainland made it eminently suitable as a naval and military base for operations in the south-west Pacific.

It became a vital point to hold when the Japanese invaded the north-facing coast of New Guinea in July 1942. Their advance overland succeeded in reaching a ridge within 56 kilometres of Port Moresby, where they were stopped on 27 September 1942 following which the counter offence started.

The memorial commemorates over 700 officers and men of the Australian Army (including Papuan and New Guinea local forces), the Australian Merchant Navy and the Royal Australian Air Force, who gave their lives during the operations in Papua and who have no known grave. Men of the Royal Australian Navy who lost their lives in the south-western Pacific region, and who have no graves but the sea, are commemorated on Plymouth Naval Memorial in England, along with many of their comrades of the Royal Navy and of other Commonwealth Naval Forces.