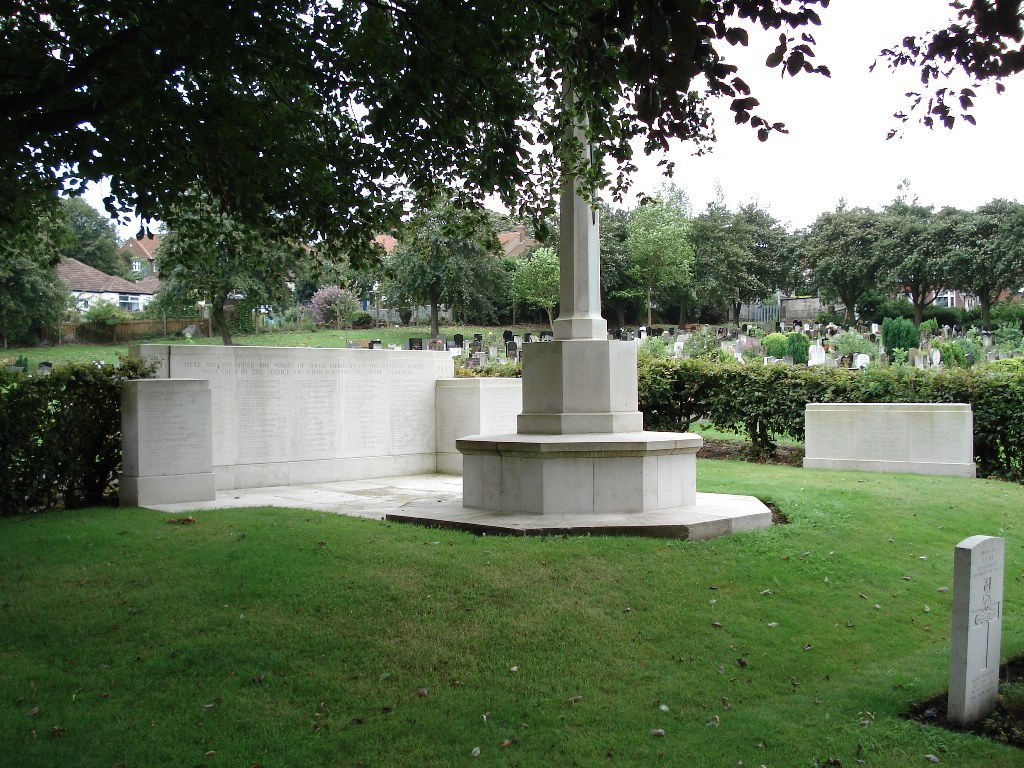 It is only during the last fifty years that the ancient custom of cremation instead of burial has been followed to any extent in the United Kingdom, but the practice is now increasingly observed.

During the 1939-1945 War this last rite was accorded 123 members of the United Kingdom and Commonwealth forces at this crematorium, which is situated in Newcastle-upon-Tyne (West Road) Cemetery.

This total is made up of sailors, soldiers and airmen belonging to the forces of the United Kingdom and Commonwealth; All are commemorated by name on a screen wall of Portland stone, which stands behind the Cross of Sacrifice at the head of the War Graves plot in the cemetery. The names are incised in the stone, surmounted by an inscription which reads:-

"Here are recorded the names of those members of His Majesty's Forces who died in the service of their country and were cremated."