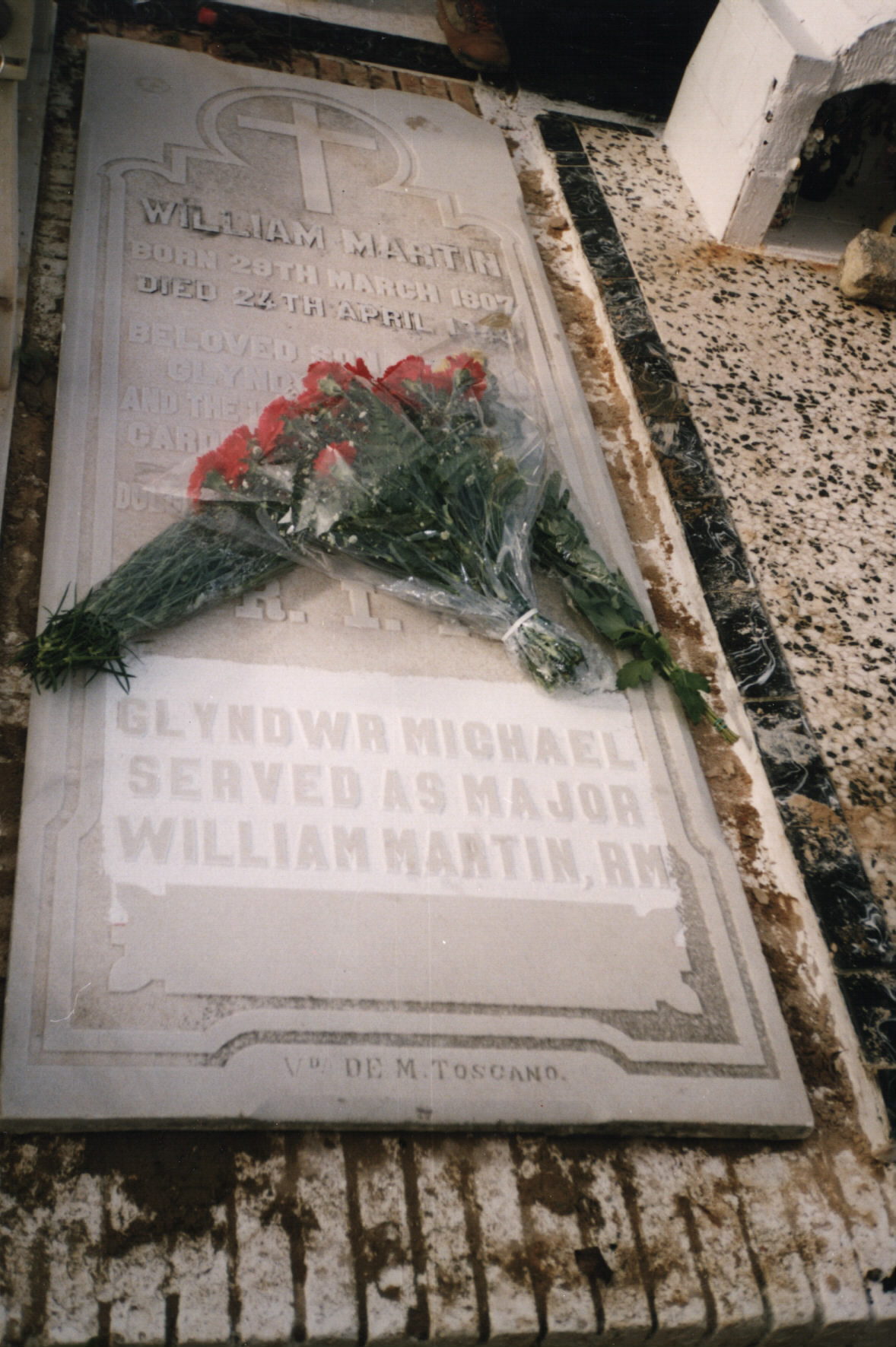 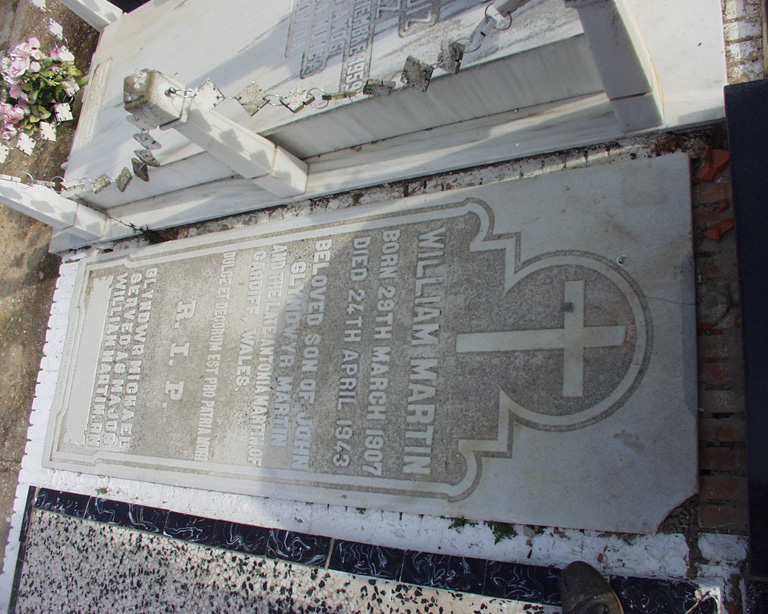 Huelva is the chief town of the province of the same name in the south-west of Spain, and is a port on the Atlantic coast. The British Cemetery, called "Nuestra Señora de la Soledad", belongs to the British Government. It is in a countryside area outside of town so can be difficult to locate. If you are able to look on 'Google Maps', you will see a semicircular shaped building approximately 4 kilometeres north-east of the town and this adjoins the town cemetery. The cemetery has two entrance gates; access is by the right entrance. Take the first lane to the left of the church, continue towards the perimeter path. Once the perimeter path is reached, turn left. On the corner there's the family grave of Ramosa Guda and a little further on the grave of Glyndwr MICHAEL. These graves are at number 46 of San Marcos Sector, row 14, 1st catagory. Cemetery address: Avenida de Santa Marta s/n - 21005 Huelva. (The cemetery is approximately 1 kilometere along this road) GPS Co-ordinates: 37.290853, -6.932502.

Winter: Daily 8am to 7pm

Summer: Daily 8am to 8pm

In this cemetery is the grave of Glyndwr MICHAEL who served his country during the Second World War under the assumed rank and name of Major William MARTIN, Royal Marines. History knows him as "THE MAN WHO NEVER WAS".