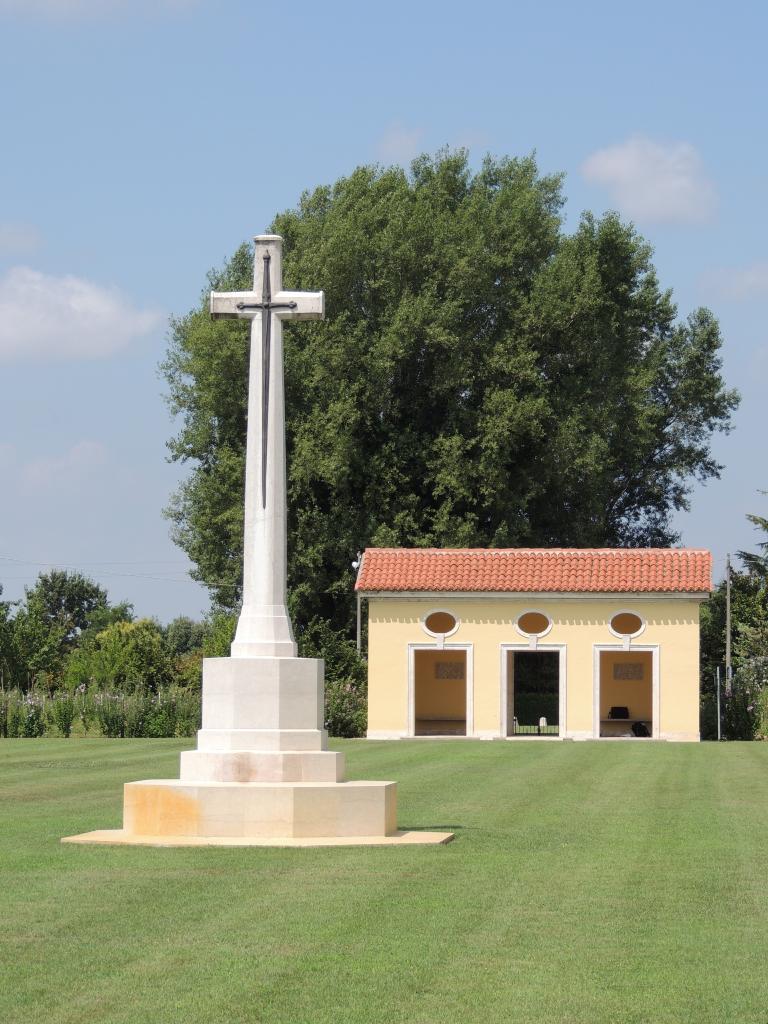 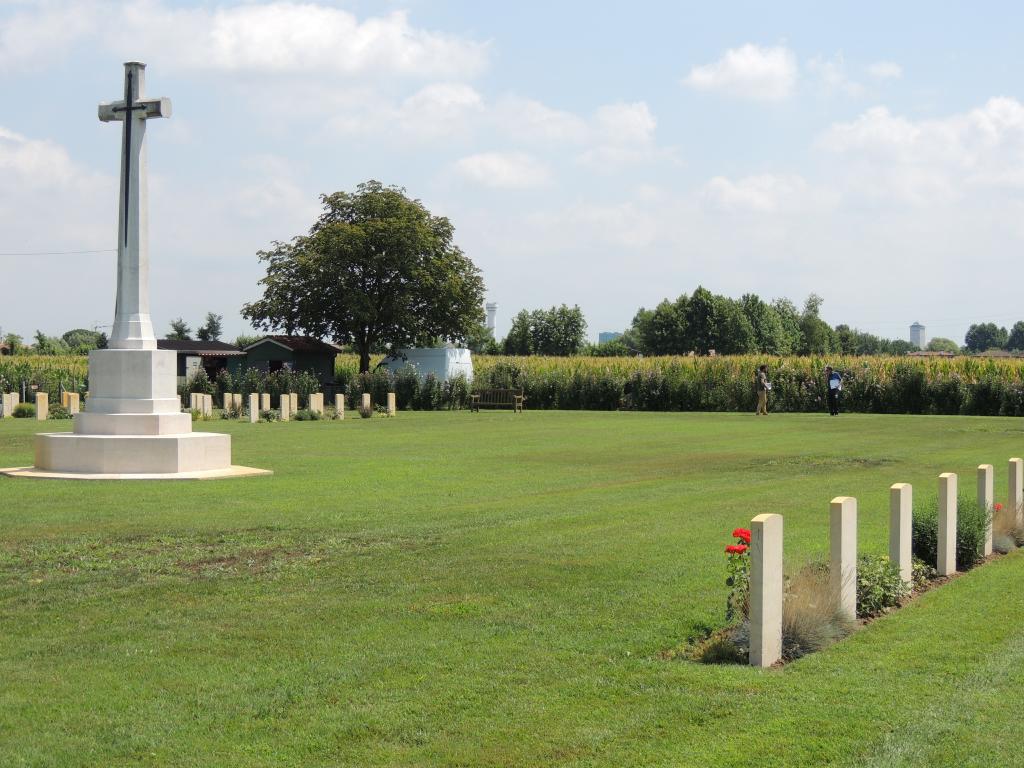 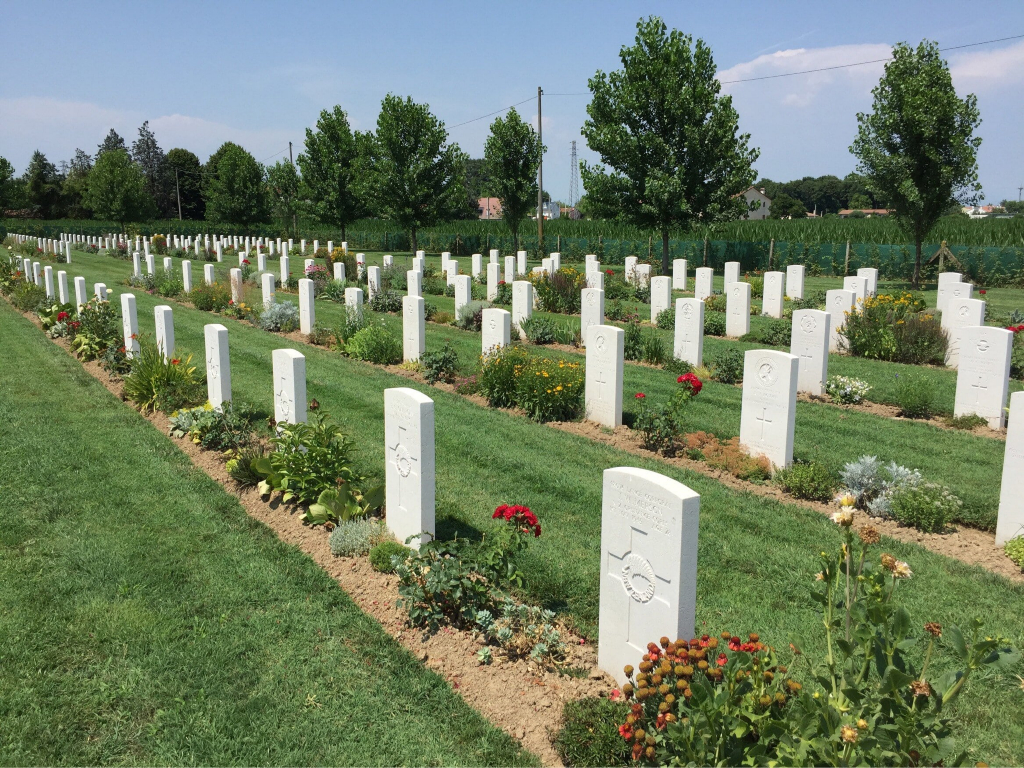 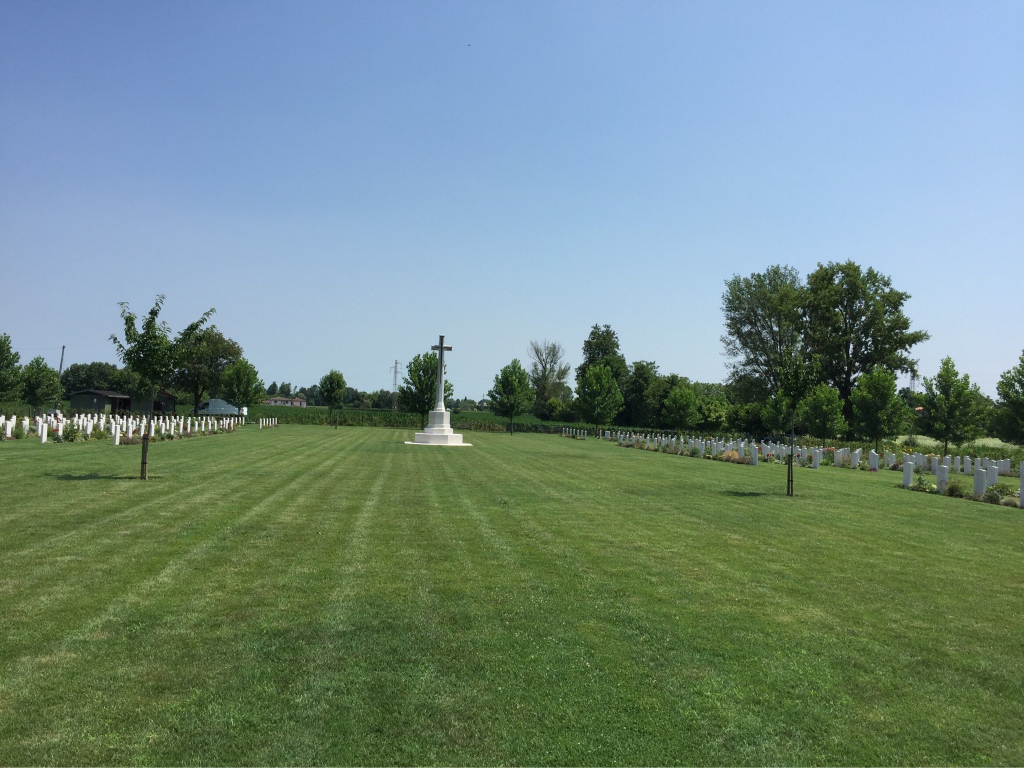 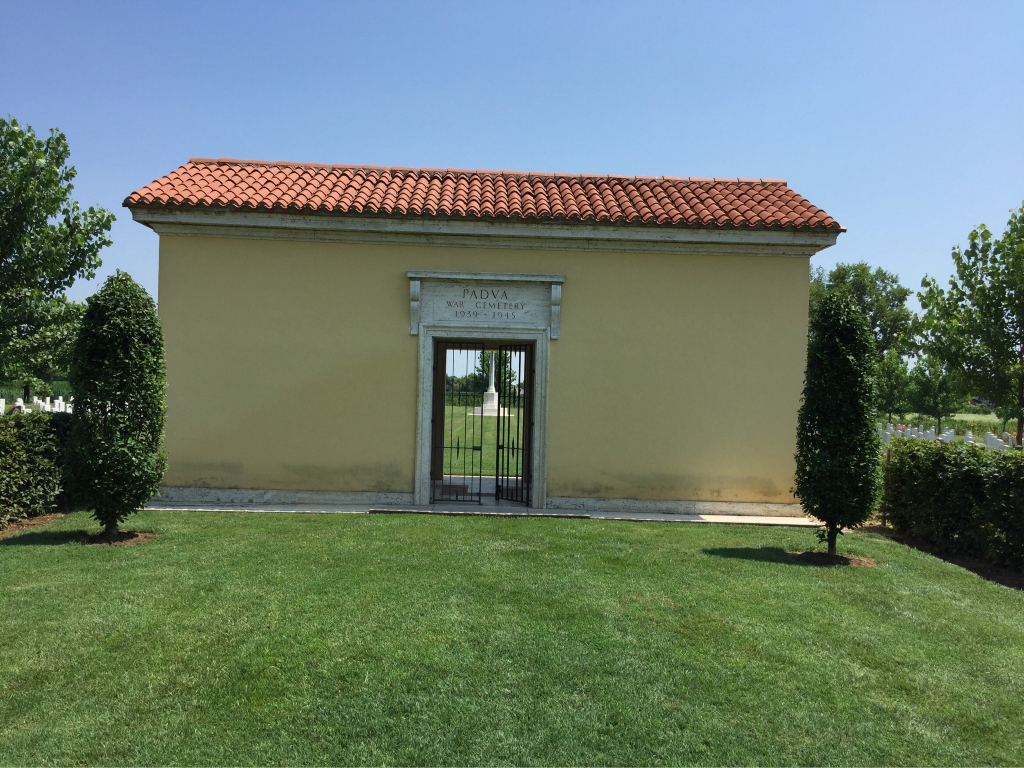 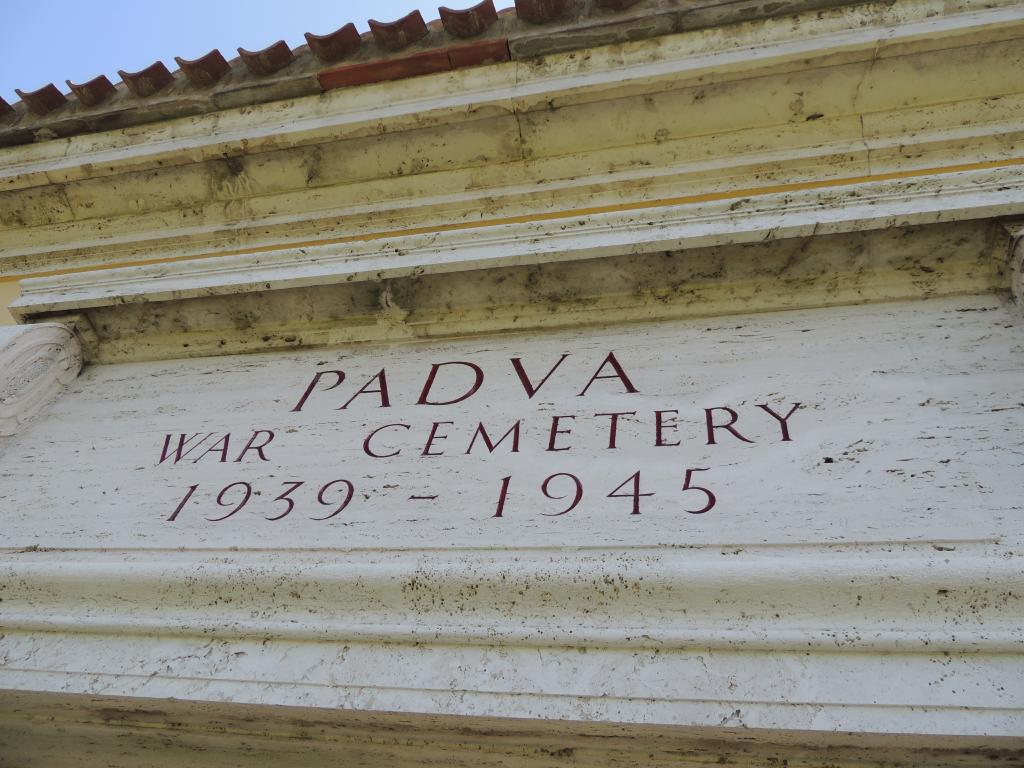 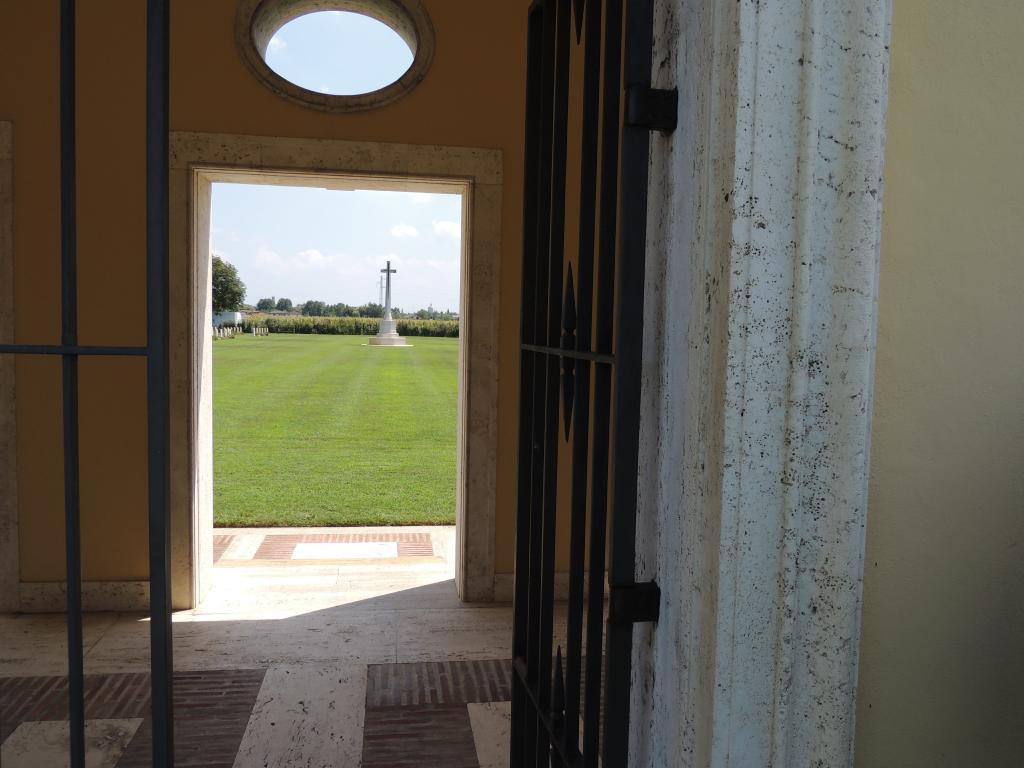 Take the autostrada A13 exiting at Padua South, then head north to Vicenza into SR47. Alternatively, take the autostrada A4, exiting at Padua West, then head south into SR47. Then from SR47 take the exit n.4 to SS11. The SS11 in Padua is the Via Chiesanuova from which, at about 2 kilometres from the town centre, a right turn is made onto the Via della Biscia. Follow this road until you reach the cemetery on the right. Cemetery address: Via della Biscia 126 - 35136 Padova (PD) Veneto. GPS Co-ordinates: Latitude: 45.421618, Longitude: 11.839925.

The cemetery is kept locked outside of the gardeners working hours.

Wheelchair access is possible via the main entrance. Access out of the gardeners' working hours can be gained by entering the code 1221 on the combination padlock.

Padua War Cemetery lies in the zone of the Allied breakthrough in the spring of 1945 when, despite some resistance, the town was captured by Indian troops.

The cemetery contains 517 commonwealth burials of the Second World War, 32 of them unidentified. There are also four war graves of other nationalities and one non-war burial.