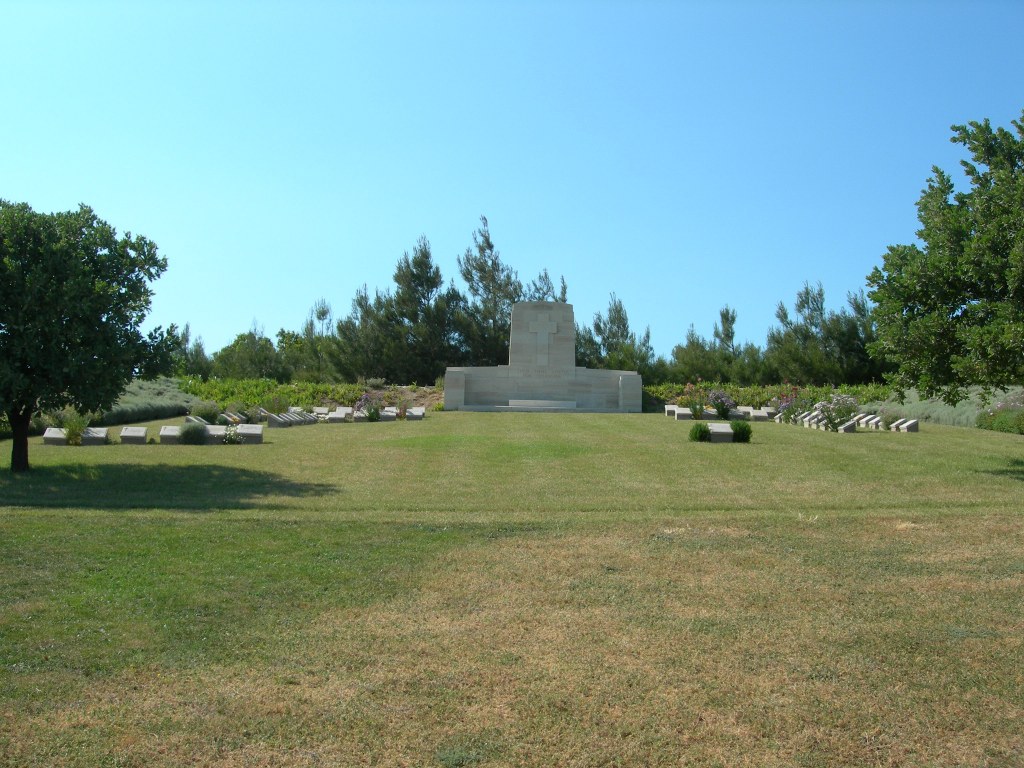 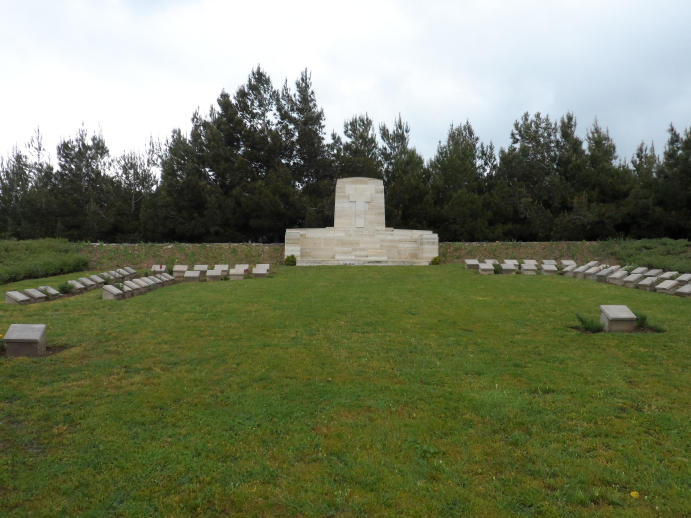 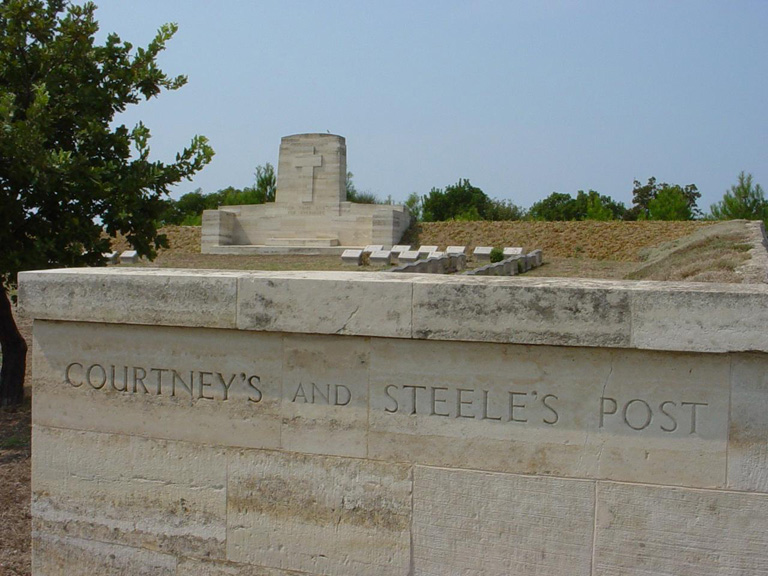 The eight month campaign in Gallipoli was fought by Commonwealth and French forces in an attempt to force Turkey out of the war, to relieve the deadlock of the Western Front in France and Belgium, and to open a supply route to Russia through the Dardanelles and the Black Sea. The Allies landed on the peninsula on 25-26 April 1915; the 29th Division at Cape Helles in the south and the Australian and New Zealand Corps north of Gaba Tepe on the west coast, an area soon known as Anzac. Courtney's Post, towards the northern end of the original Anzac line, was named from Lieut-Colonel R E Courtney, CB, VD, who brought the 14th Australian Infantry Battalion to it on 27 April 1915. Steel's Post was next to it on the south-west and was named from Major T H Steel, 14th Battalion. Both these positions were occupied on 25 April 1915 and held until the evacuation in December. There are 225 Commonwealth servicemen of the First World War buried or commemorated in the cemetery. 160 of the burials are unidentified but there are special memorials to 58 casualties believed to be buried among them.