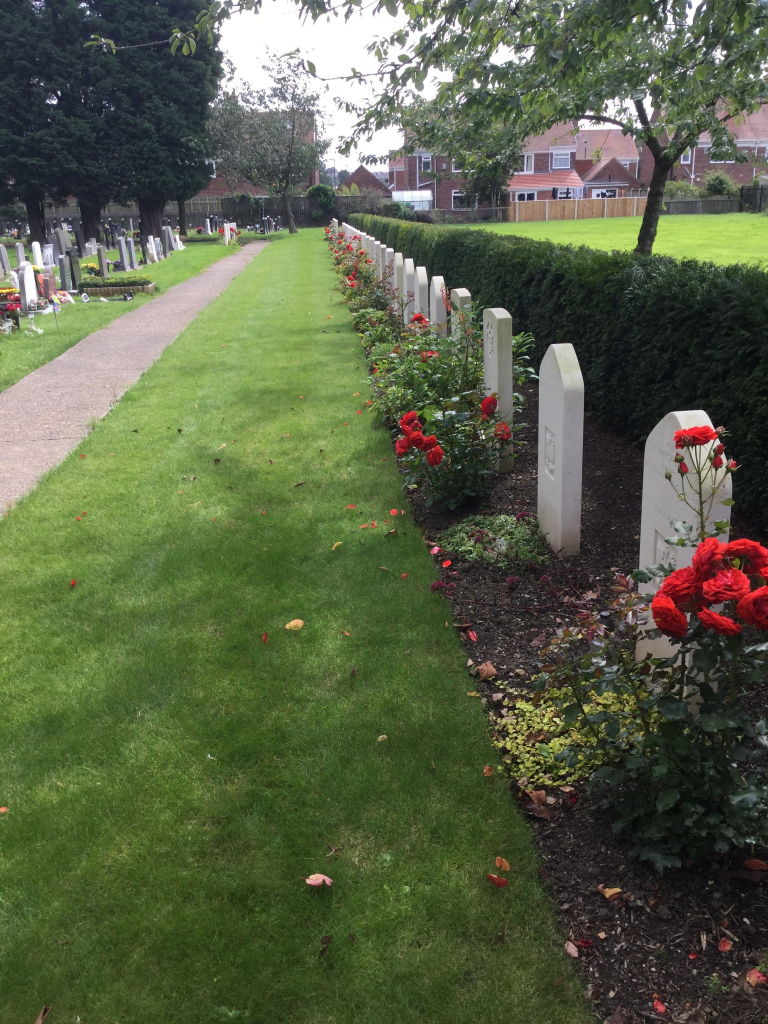 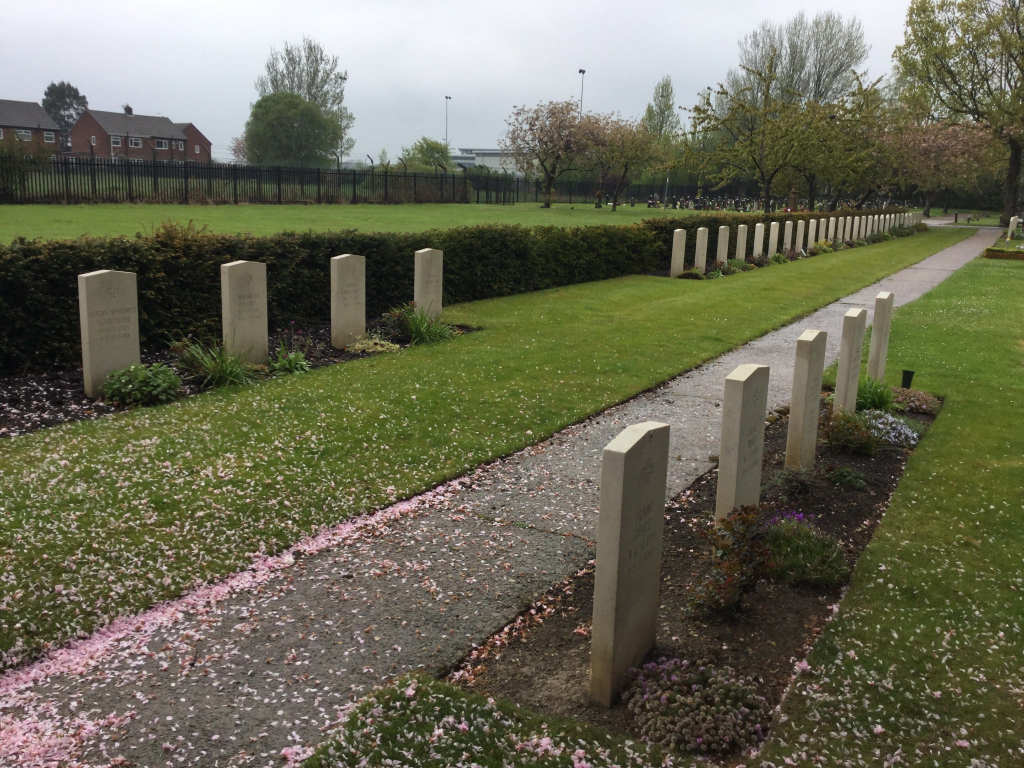 Hylton is a parish 3 miles west of the town of Sunderland, which is at the mouth of the river Wear. Castletown is a village within the parish of Hylton, and the cemetery lies on the Hylton Castletown Road. It covers two acres of ground and since 1st April 1967 is under the control of the County Borough of Sunderland.

Soon after the outbreak of the 1939-1945 War the Parish Council set aside a piece of ground for service war burials in Section D on the south-western boundary of the cemetery. This is now the War Graves Plot. During the war the cemetery was used by the Royal Air Force for casualties from the Operational Training Unit at the nearby R.A.F. station at Usworth, and the majority of the war graves are those of men of the British Commonwealth and Polish Air Forces stationed there. Of the 48 war burials in the cemetery, 3 soldiers and 13 members of the Air Force belong to the United Kingdom Forces; 9 airmen to the Royal Canadian Air Force; 4 airmen to the Royal Australian Air Force; 1 sailor to the Royal New Zealand Navy and 1 airman to the Royal New Zealand Air Force; 6 airmen to the Polish Air Force; 1 German to the German Navy and 10 Germans to the German Air Force. One of the German airmen could not be identified. All save five of the 48 casualties are buried in the War Graves Plot. The German graves are together in a group at the south-western end.