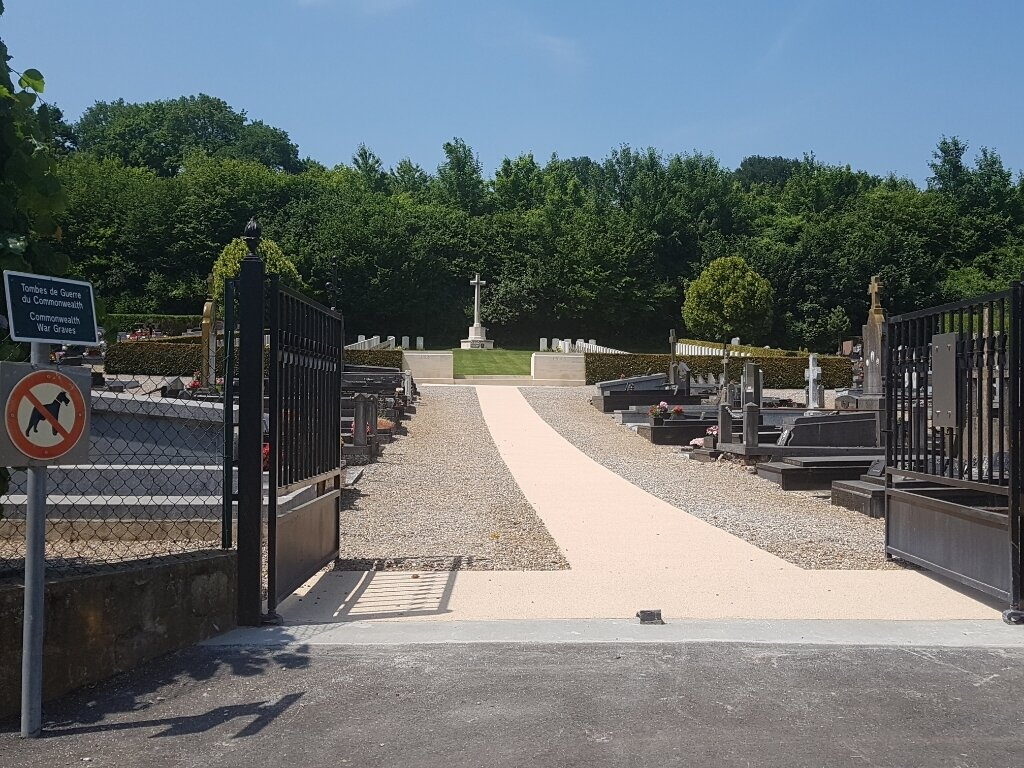 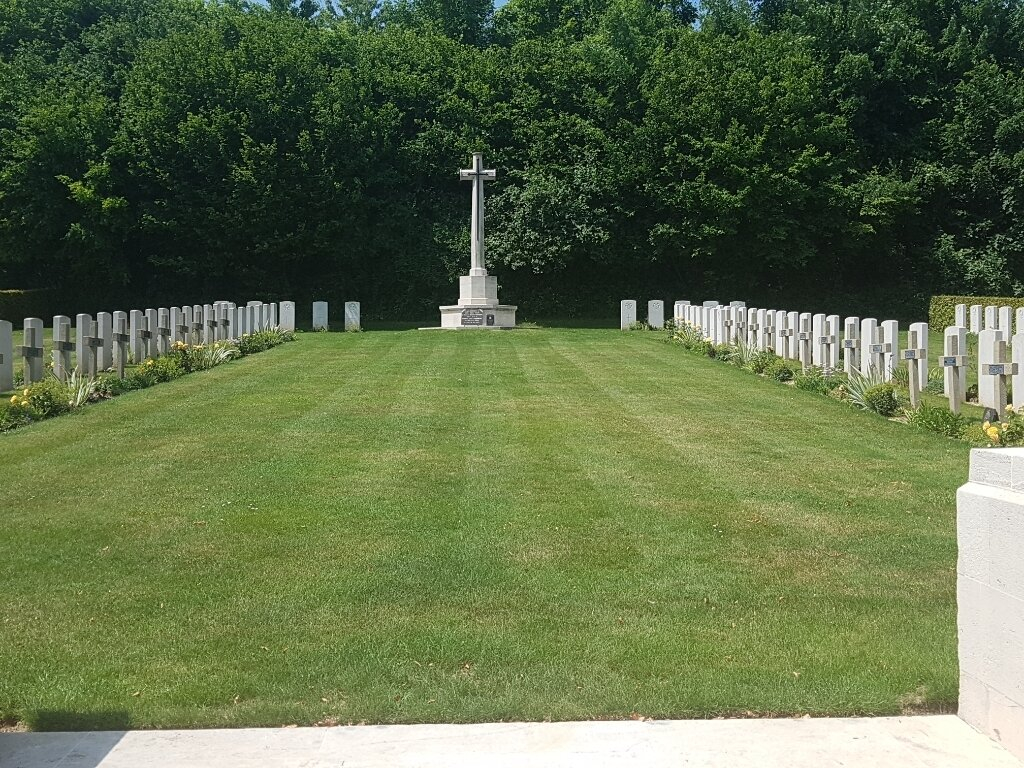 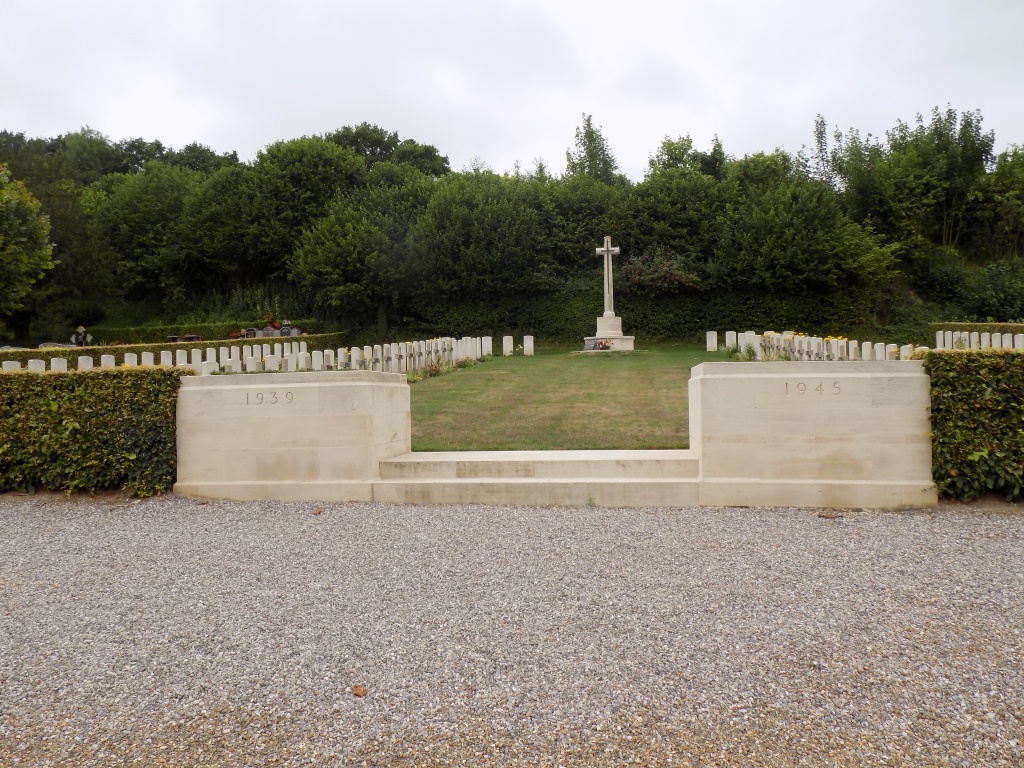 On the 31st May 1940 the 51st (Highland) Division was ordered up to the Somme and held a line some 26 kilometres in length. On June 4th the Division, with some tanks, artillery and infantry of the French Tenth Army which came under the orders of the Divsion's commander carried out an attack on Abbeville, strongly held by the enemy. The attack failed, owing to the difficulty of arranging effective co-operation between British and French infantry, guns and tanks at such short notice, and the 51st Division suffered fairly heavy casualties. The next day, June 5th, the Germans launched a powerful offensive against the whole Somme front from St. Quentin to the sea. The 51st Division, by this time exhausted after twelve days of continual movement and battle, and without re-inforcements, fought bravely but was forced back 24 kilometres to the line of the river Bresle, again with considerable losses. The great majority of the British dead buried in Mareuil-Caubert Communal Cemetery lost their lives in these actions. There are now over 100, 1939-45 war casualties commemorated in this site. Of these, two-thirds are unidentified.