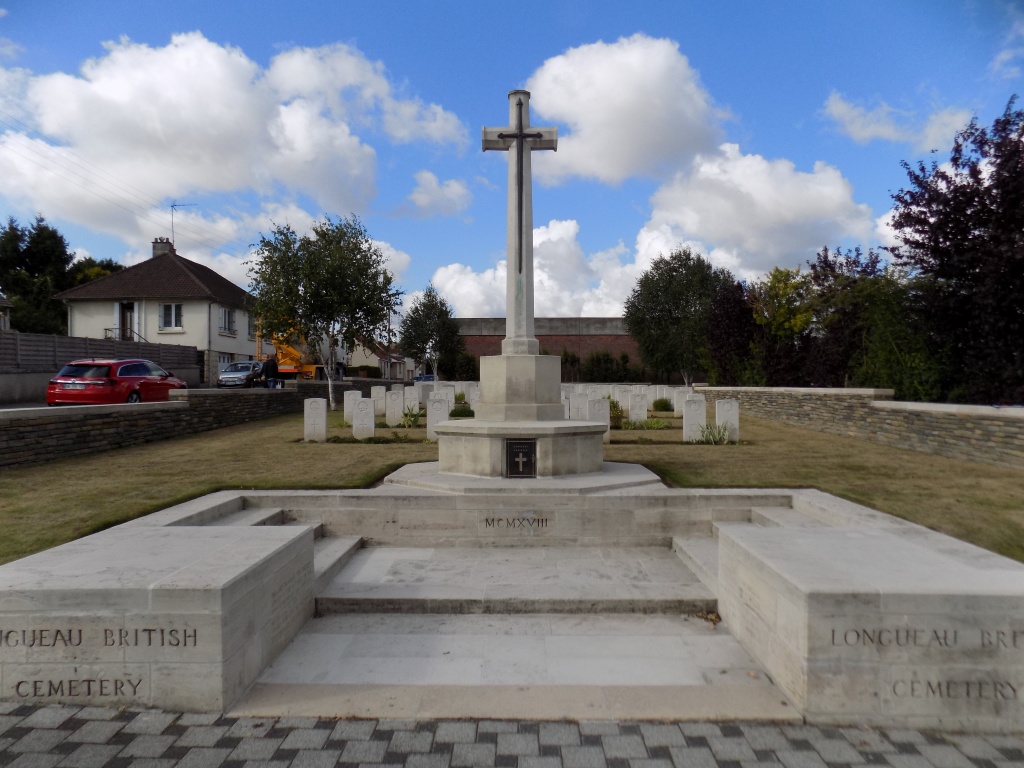 The town of Longueau is situated on the south-eastern outskirts of Amiens and the British Cemetery is on the eastern side of the town. Leave the Amiens orbital bypass at Junction 34 towards Longueau on the N29. The cemetery is located on the left hand side of this road approximately 1 mile after leaving the bypass.

Wheelchair access to this site is possible, but maybe by an alternative entrance.

Longueau British Cemetery was begun in April 1918, when the Allied line was re-established before Amiens; it was used by fighting units and field ambulances until the following August. Plot IV was made after the Armistice when graves were brought in from the surrounding battlefields and the following smaller cemeteries:-

BLANGY-TRONVILLE FRENCH MILITARY CEMETERY and COMMUNAL CEMETERY EXTENSION. These were really one cemetery, on the North side of Blangy-Tronville Communal Cemetery. They contained 84 French graves (now removed to Montdidier French National Cemetery) and those of nine soldiers from Australia and five from the United Kingdom, who fell, for the most part, in July 1918.

COTTENCHY CHURCHYARD EXTENSION, which contained the graves of 555 French soldiers, three German prisoners, one soldier and two airmen from the United Kingdom and one airman from Canada.