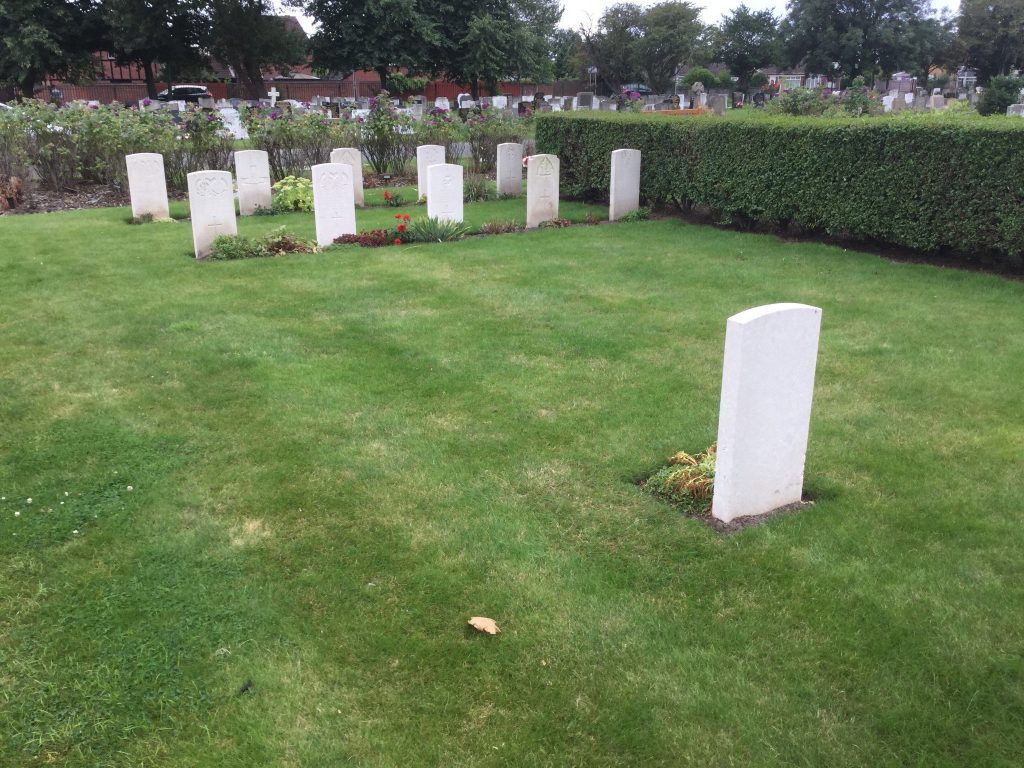 Thornton is in the urban district of Litherland in the Borough of Crosby, about seven miles north of Liverpool. This burial ground is in Lydiate Lane and owned by the Crosby, Litherland and Waterloo Joint Burial Board. It was opened in 1940. Ground in Section C, close to the entrance, was set aside for service war graves and there were originally 20 graves here in a group. After the war, however, the remains of three Italian servicemen were moved by the interested authorities for re-burial in the Italian Plot in Brookwood War Cemetery, Surrey while the German Cemetery at Cannock Chase is the final resting place of three German servicemen who were also buried here. There are now 14 graves in this group, including those of three ex-servicemen who died after discharge from the forces from causes not due to war service. The rest of the graves are scattered.