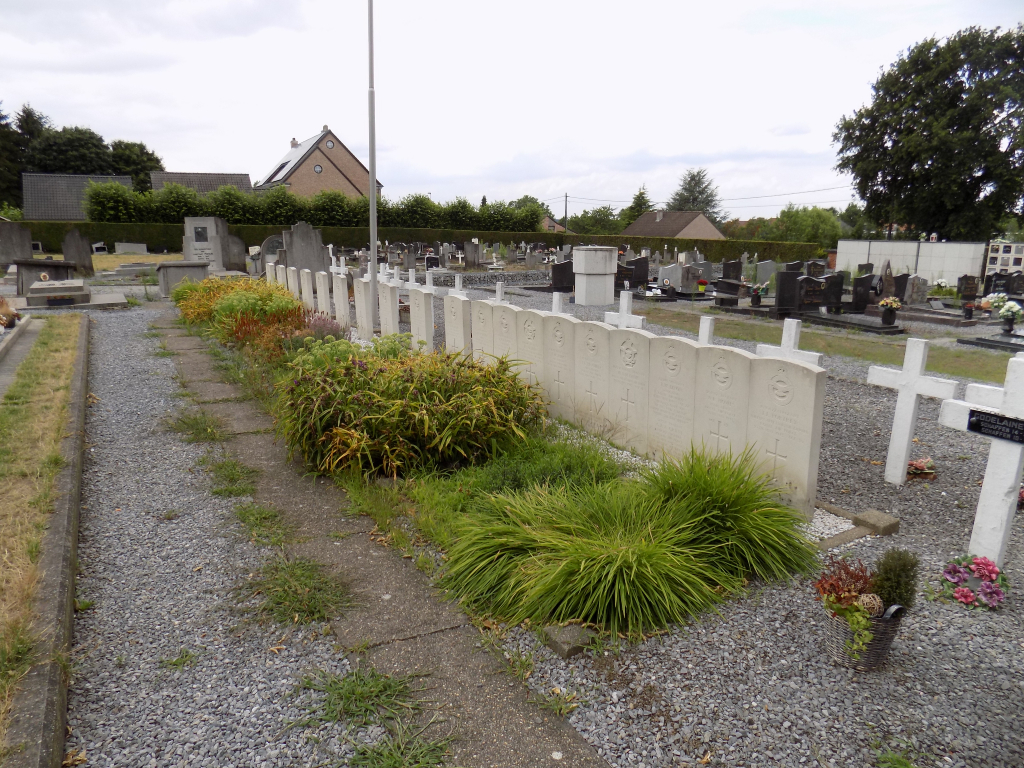 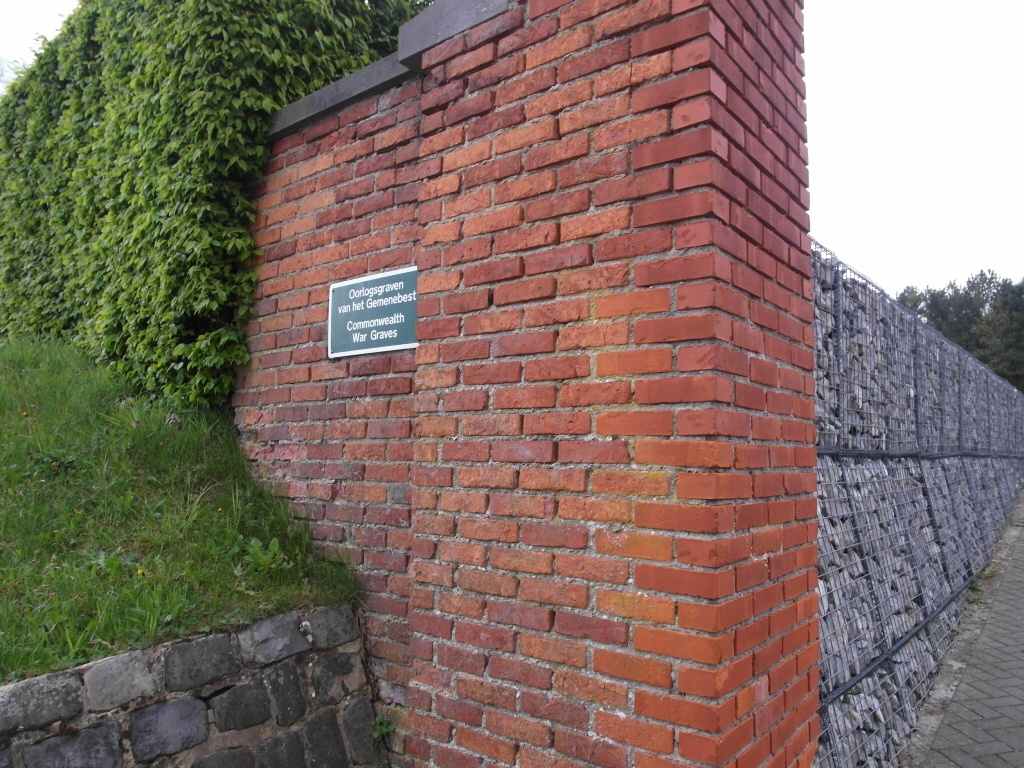 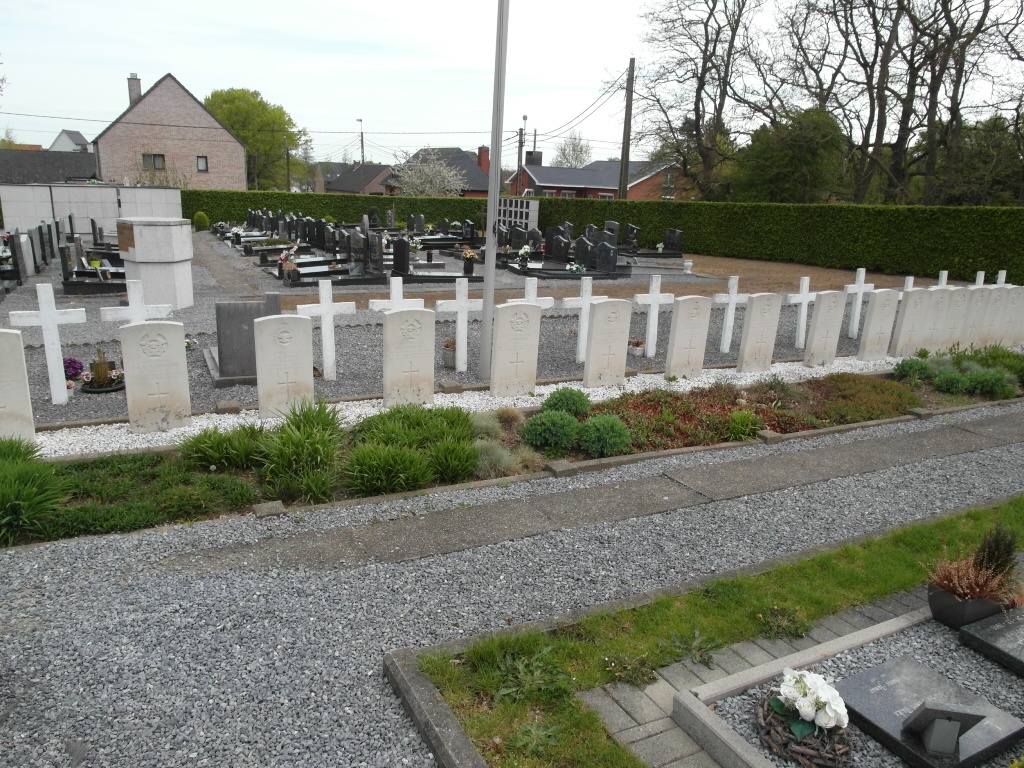 Diest is 65 kilometres east-north-east of Brussels. From the Grote Markt in the centre of Diest turn left from the stadhuis into the Oscar Nihoulstraat and drive for 50 metres. Take the second left onto Refugiestraat and follow this road for 500 metres. Turn right into Demerstraat and right again into Valleilaan. Carry straight on for 500 metres to a 'T' junction and turn left onto the N29 (Beringen). Continue along the N29 for 2.6 kilometres and then turn right into Molenstraat. 100 metres further on you will see the Communal Cemetery in front of you at the 'T' junction with Postbaan.

The British Expeditionary Force was involved in the later stages of the defence of Belgium following the German invasion in May 1940, and suffered many casualties in covering the withdrawal to Dunkirk. Commonwealth forces did not return until September 1944, but in the intervening years, many airmen were shot down or crashed in raids on strategic objectives in Belgium, or while returning from missions over Germany. Schaffen Communal Cemetery contains the graves of 20 Commonwealth airmen of the Second World War.