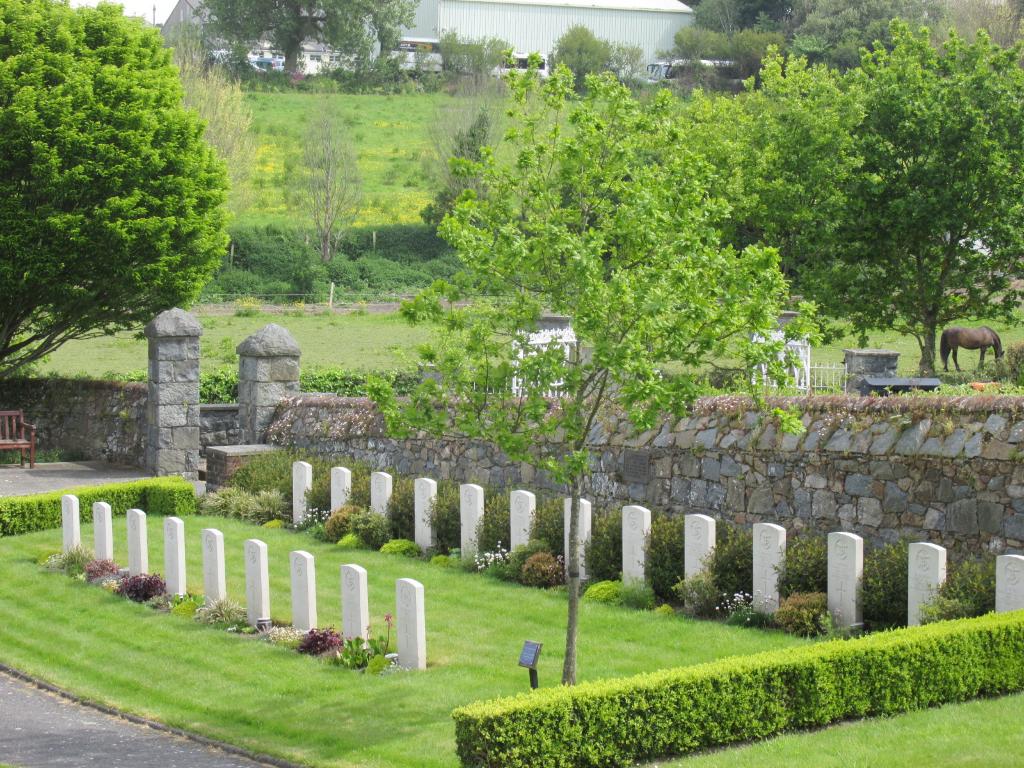 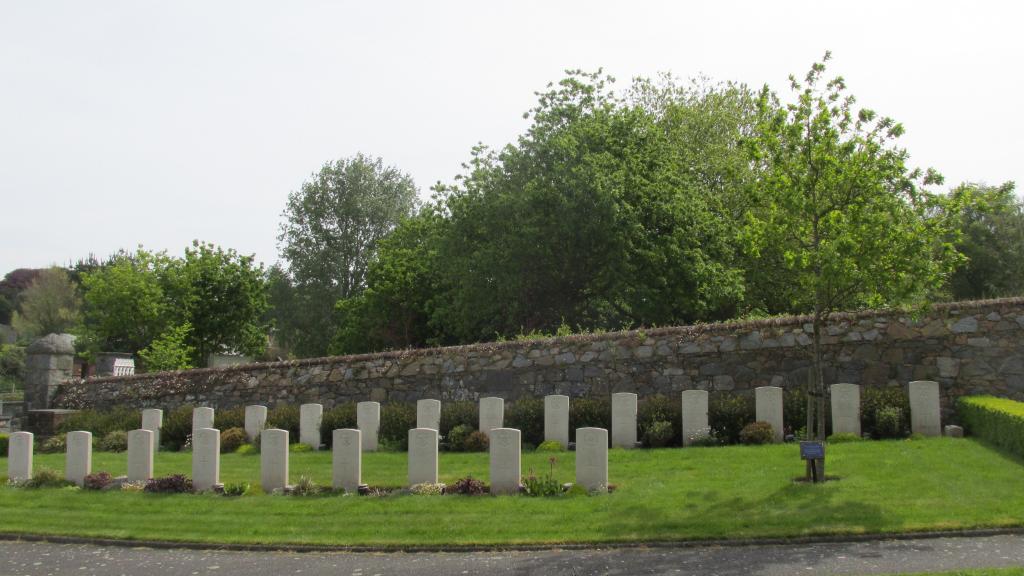 The cemetery contains the graves of 28 members of His Majesty's Forces who either died while serving on the island or who were washed ashore on the coast, 1 of the naval burials is unidentified. There are also five 1914-1918 War graves.

During the years of the German occupation burials in this cemetery of members of the occupying forces, and of foreign workers whom they brought to the island, were numerous. After the war the States of Guernsey Board of Administration transferred to this large burial ground the graves of more than 40 foreign workers from the Foreign Workers Cemetery, Les Vauxbelets, so that the ground they occupied, which had been commandeered without payment, could be returned to the owner. They also transferred graves from the Jerbourg Road German Military Cemetery, St. Martins, the land for which had been similarly commandeered.

The graves of the Royal Naval casualties, crewmen of H.M.S. Charybdis, which was sunk by the enemy in the English Channel on 23rd October, 1943, and of one soldier, are in a small reserve plot. This is separated from the rest of the cemetery by a grey granite wall on the eastern side, a path on the northern and western sides and a low hedge on the southern side. The other British graves are elsewhere. There is also 1 French soldier buried here.