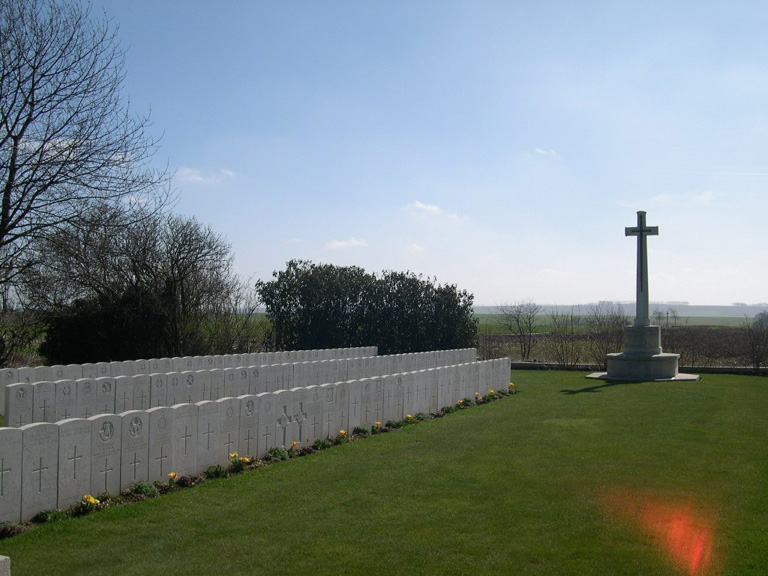 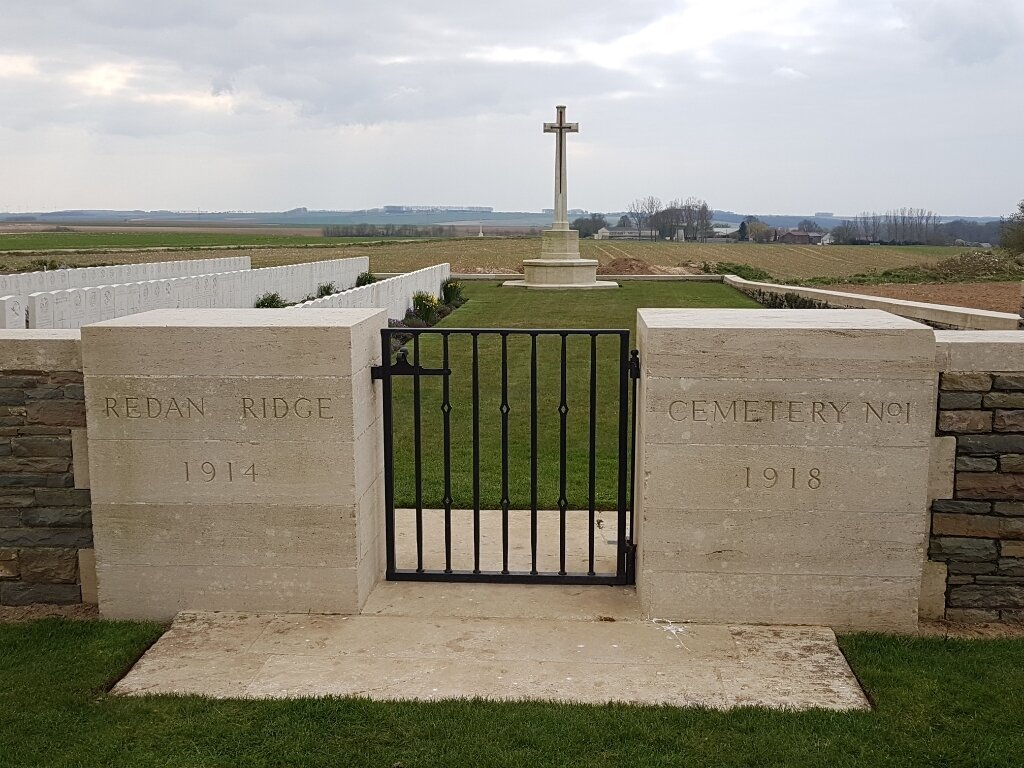 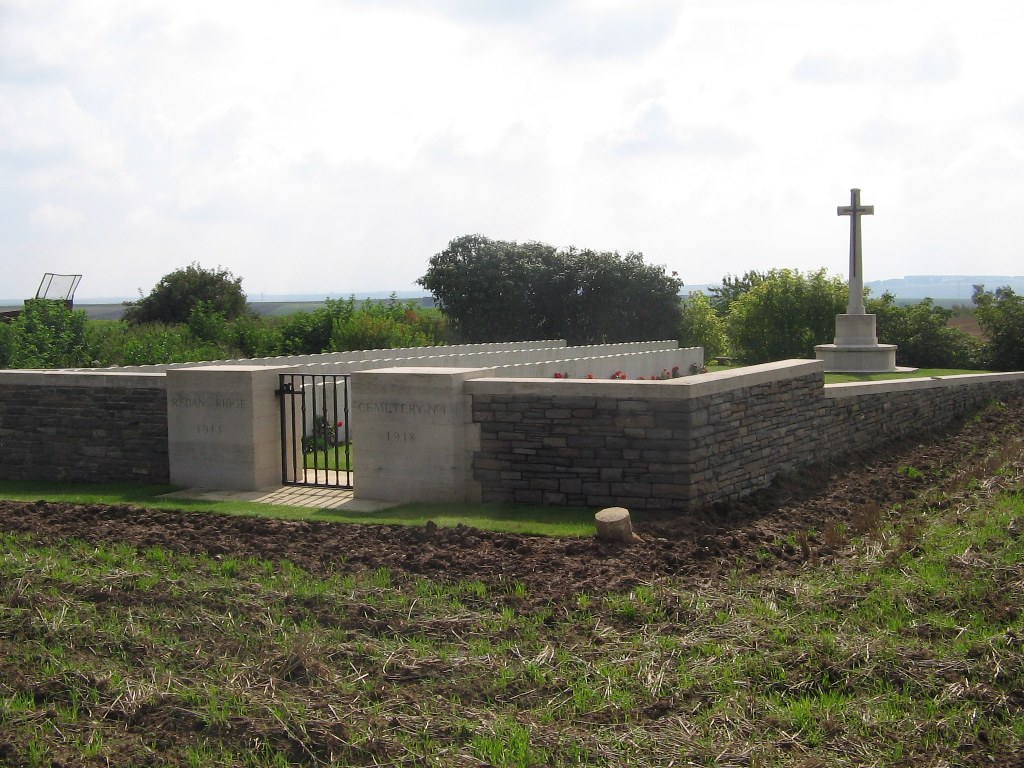 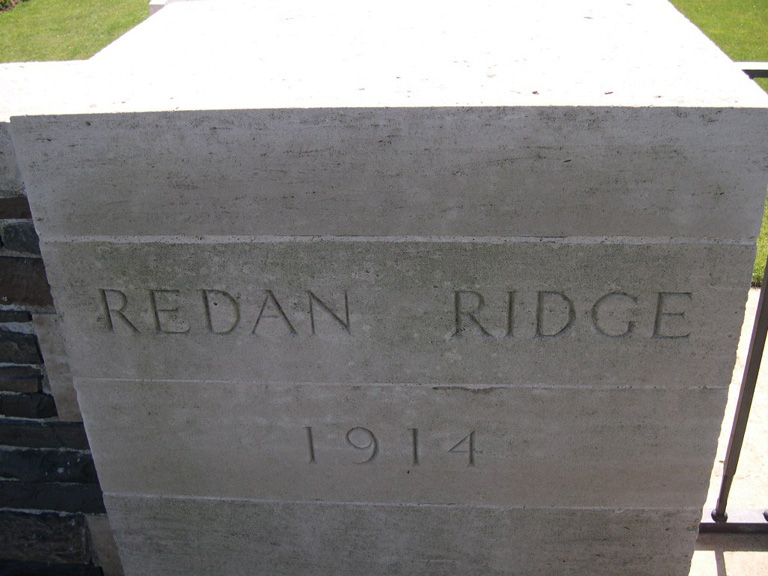 Beaumont-Hamel is a village about 24 kilometres south of Arras and the Redan Ridge Cemeteries (Nos. 1, 2 and 3) are situated to the north of the village. Using the D919 from Arras to Amiens you will drive through the villages of Bucquoy, Puisieux then Serre-les-Puisieux (approximately 20 kilometres south of Arras). On leaving Serre-les-Puisieux, 700 metres further along the D919, turn left onto a small lane and continue for 1.4 kilometres. A CWGC signpost on the right hand side will lead you to Redan Ridge cemeteries.

Redan Ridge lies to the North of Beaumont-Hamel village; it was named from The Redan, a group of British front-line trenches of 1916. The cemetery was made by the V Corps in the spring of 1917, when these battlefields were cleared. Redan Ridge No.1 is on the top of the Ridge, midway between the old front lines.

There are now over 150, 1914-18 war casualties commemorated in this site. Of these, nearly half are unidentified. Most belonged (with few exceptions) to the 4th Division, which attacked between Beaumont-Hamel and Serre on the 1st July 1916, or to the 2nd, which gained ground here on the 13th November 1916.

The cemetery covers an area of 508 square metres and its approach road 107 square metres. It is enclosed by a low wall.