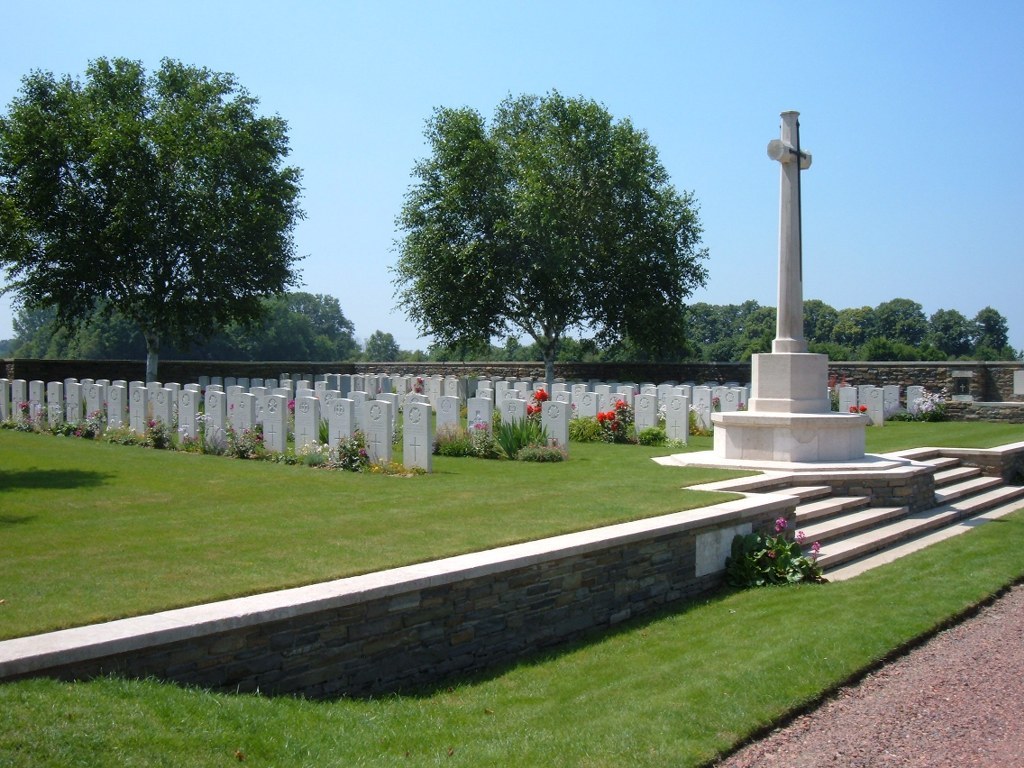 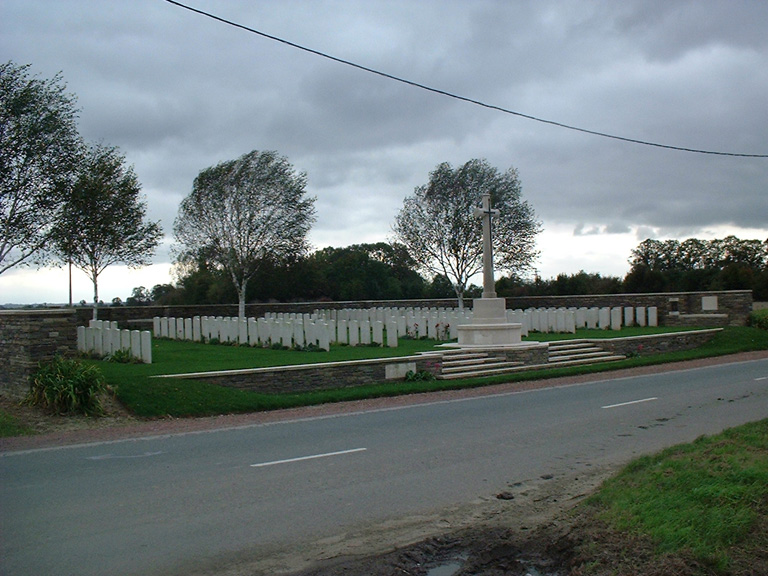 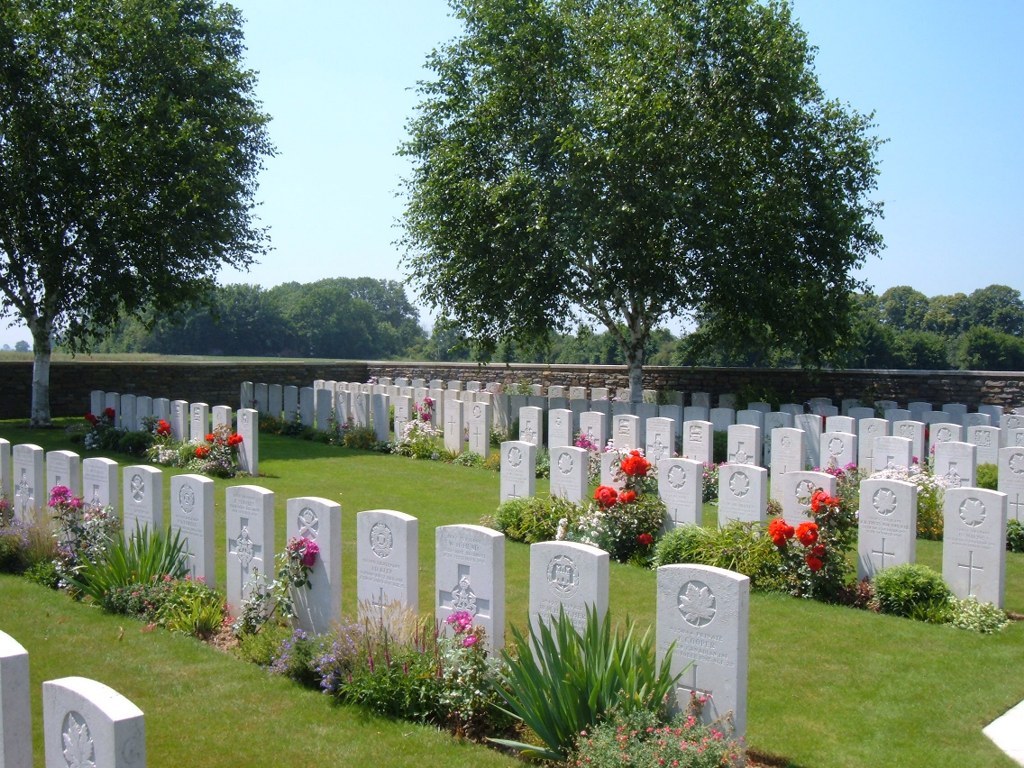 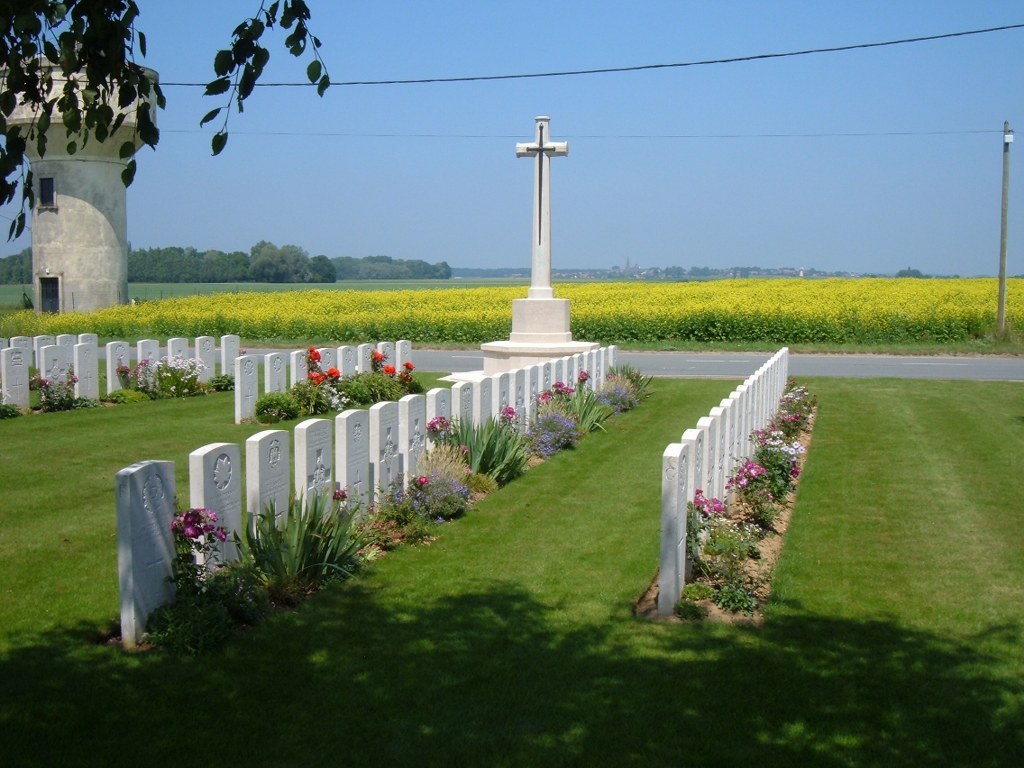 Sauchy-Lestree is a village in the Department of the Pas-de-Calais and a little north of the road from Arras to Cambrai. Chapel Corner Cemetery is about 0.75 kilometres south-east of the village, at a fork of the road to Epinoy.

Sauchy-Lestree was captured by the 56th (London) Division on 27 September 1918, and the cemetery was made and used by fighting units during the following five weeks. It contained 50 burials at the Armistice, and others were then added from the surrounding battlefields and from the following cemeteries:- EPINOY ROAD CEMETERY, EPINOY, was on the road from Sauchy-Lestree to Epinoy, just West of the point where it crosses the road from Sauchy-Cauchy to Haynecourt. It was made by fighting units, and it contained the graves of 27 soldiers (mainly 2nd Yorkshire Regiment) and one airman from the United Kingdom and four soldiers from Canada, all of whom fell between the 26th September and the 14th October, 1918. LECLUSE CRUCIFIX CEMETERY was on the Southern outskirts of Lecluse village, and it contained the graves of 16 Canadian soldiers who fell in October, 1918. Chapel Corner Cemetery contains 178 First World War burials, 29 of which are unidentified. The cemetery was designed by G H Goldsmith.