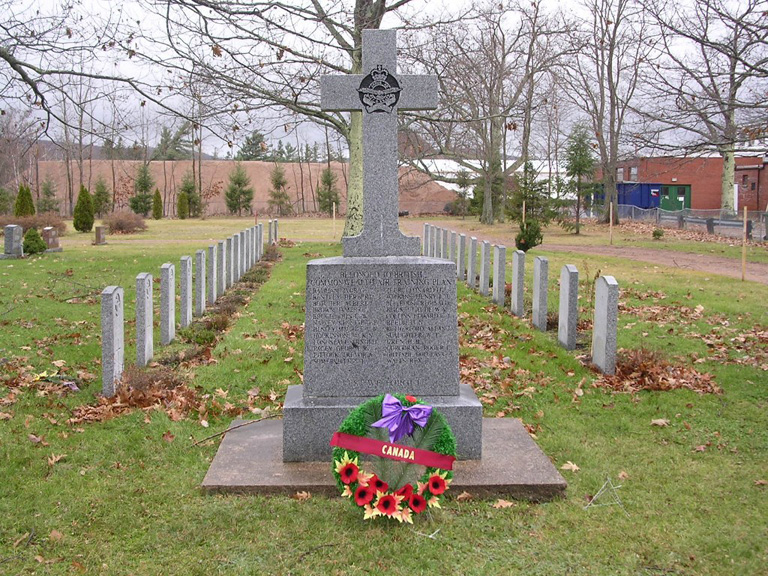 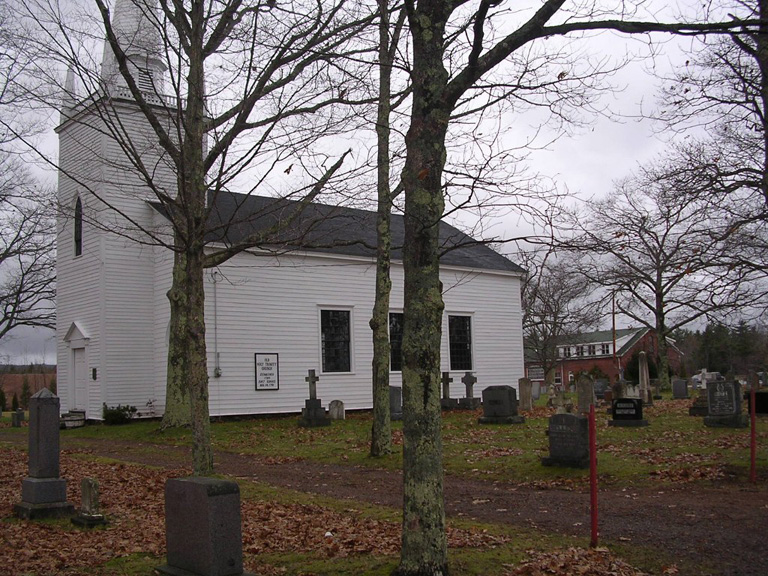 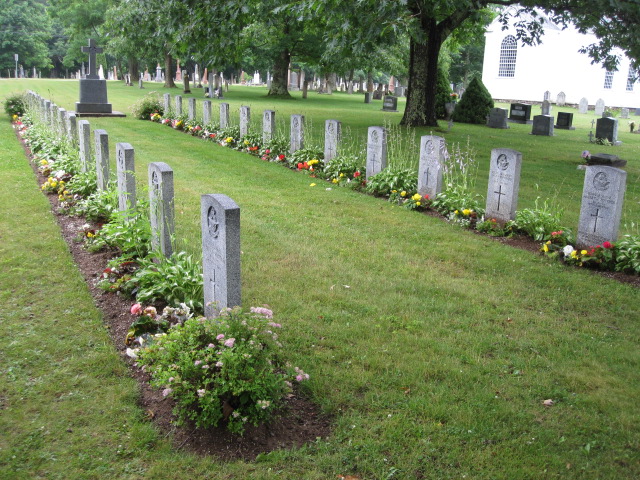 The cemetery is located at Highway #1, Middleton, Annapolis County, Nova Scotia, next to the Department of Highways Garage and Motor Vehicles Office.

The cemetery is owned by the Parish of Wilmot, Diocese of Nova Scotia. It is operated by Chairperson Thomas H. Spinney.

The foundations of church life in Middleton were laid by the settlers who cleared the land and began a community in the eighteenth century. After the American Revolution the number of settlers increased rapidly, as Loyalists, ejected from the thirteen colonies to the south, began to arrive. From the records of the time, it appears that church life was very disordered or nonexistent, although the desire was there for an ordered connection with the church.

In 1782, the Rev. John Wiswall, a loyalist forced to leave the nascent United States, was sent as a missionary to the districts of Cornwallis, Horton and Wilmot, an area comprising a large part of the Valley, from Wolfville right through to Bridgetown. In 1788, Wiswall's immense parish was divided and in 1789 he became the first Rector of the newly created parish of Wilmot. A name which it retains to this day. At this point the decision was made to build a church.

Bishop Inglis, who was consecrated the first Bishop of Nova Scotia (which then included all of British North America) stated that a certain piece of land in lower Middleton, belonging to a Mr Chesley, was a suitable site for a church. Work on the new church was underway by the fall of 1789 with the help of Major Bayard and Captain Ruggles. The first service was held on 14th August 1791 and the church was consecrated the same year.

Much of the construction, it was said, was carried out by the Rector himself. Indeed, so occupied was he with these tasks that Bishop Inglis rebuked him for neglecting his pastoral duties. By the time the church was completed in 1797, Wiswall was well into his sixties. He died in 1812 at the age of 81 and was laid to rest beside the church he had laboured so diligently to raise in the widerness. To the east wall of the new Holy Trinity Church built in 1889, closer to the growing town of Middleton, is a fixed stone that reads:

'Sacred to the memory of the Rev. John Wiswall, A.M, who was born in Boston, U.S, 3rd April 1731, ordained by the Bishop of London 1764. He left his native land in 1775 in consequence of the revolutionary struggle and was appointed Rector of the Parish of Wilmot in 1789 where he continued till his death on the 2nd December 1812. He was the first clergyman of any denomination who settled in this place'.