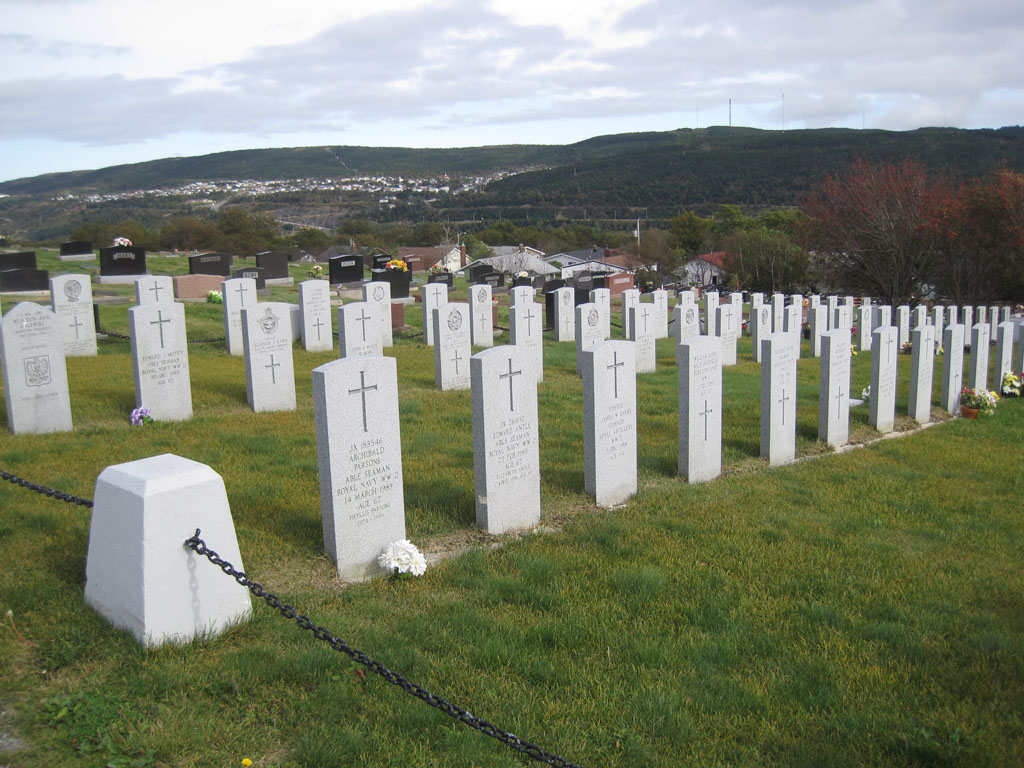 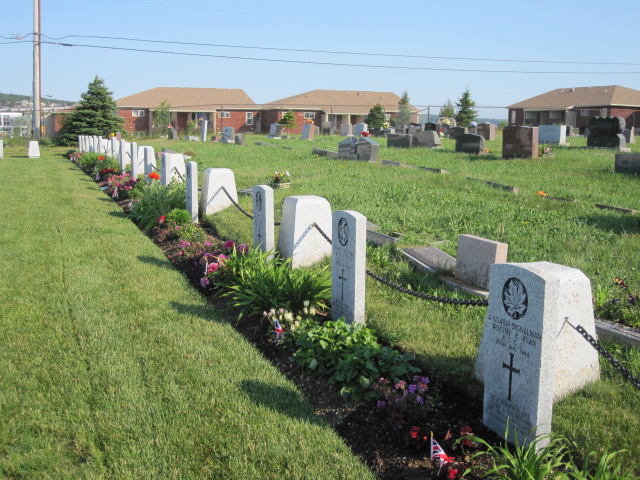 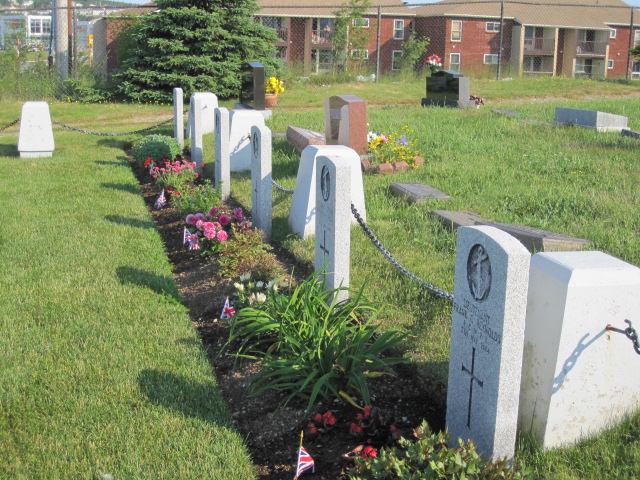 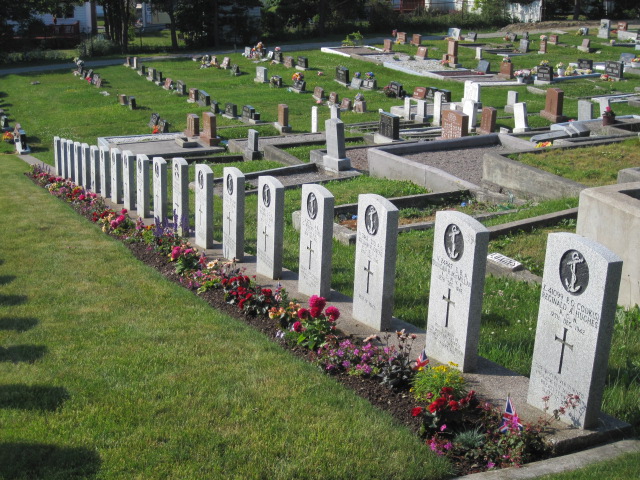 The cemetery is located in the western part of the city, near Mundy Pond. From Memorial Drive exit at Columbus Drive. Exit at Blackmarsh Road East. Turn right on Hamilton Avenue. The entrance to the cemetery is on the right.

The cemetery grounds are open daily for visitation from sunrise to sunset. The on site cemetery office is open Monday to Friday, from 8:00 a.m. to 4:00 p.m.

St. John's is protected by a land-locked harbour which was used as a naval base during the Second World War. The city was also the headquarters of the Newfoundland Area of the Atlantic Command and a strong defence post.

St. John's (Mount Pleasant) Cemetery has been amalgamated with the former Joint Services cemetery. Among those buried here are a number of Canadians, belonging mostly to the Royal Canadian Navy or the Royal Newfoundland Regiment, who died in a fire which broke out in the Knights of Columbus Hotel at St. John's on 12 December 1942. The cemetery also contains the graves of six members of a R.C.A.F. bomber crew reported missing on 10 July 1942 whose remains were recovered after the war.

The war graves, which are marked by granite headstones, are mostly located in three plots, two of which also contain veterans' graves. The third plot contains war graves only. A few war burials are also scattered throughout the cemetery.

A memorial in the form of a screen wall has been erected to casualties from both wars buried elsewhere in Newfoundland and Labrador whose graves are now lost or unmaintainable.