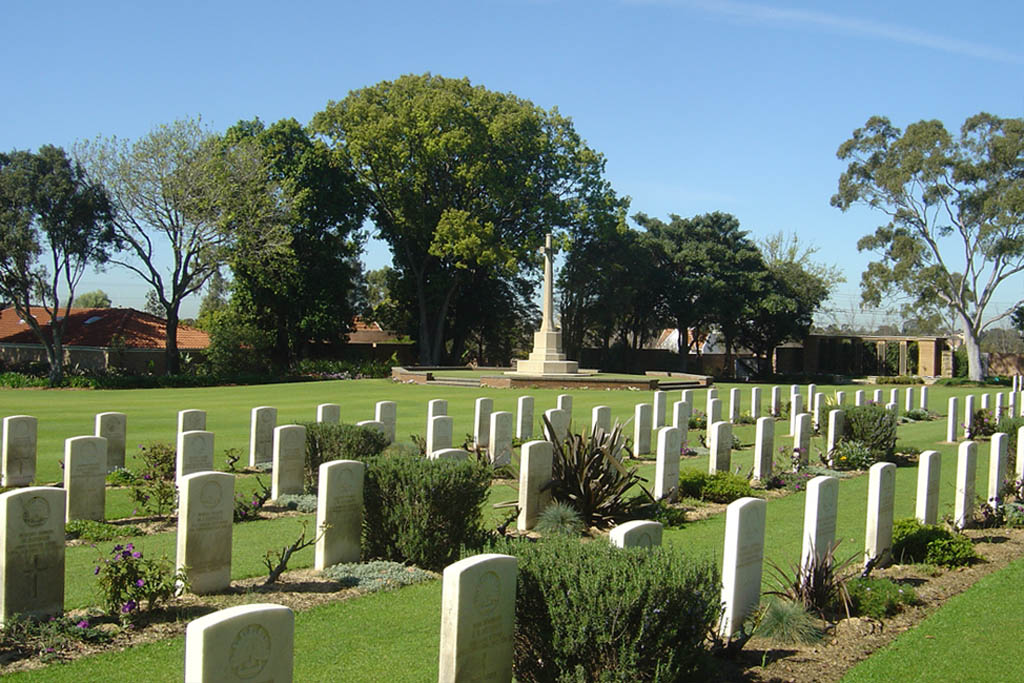 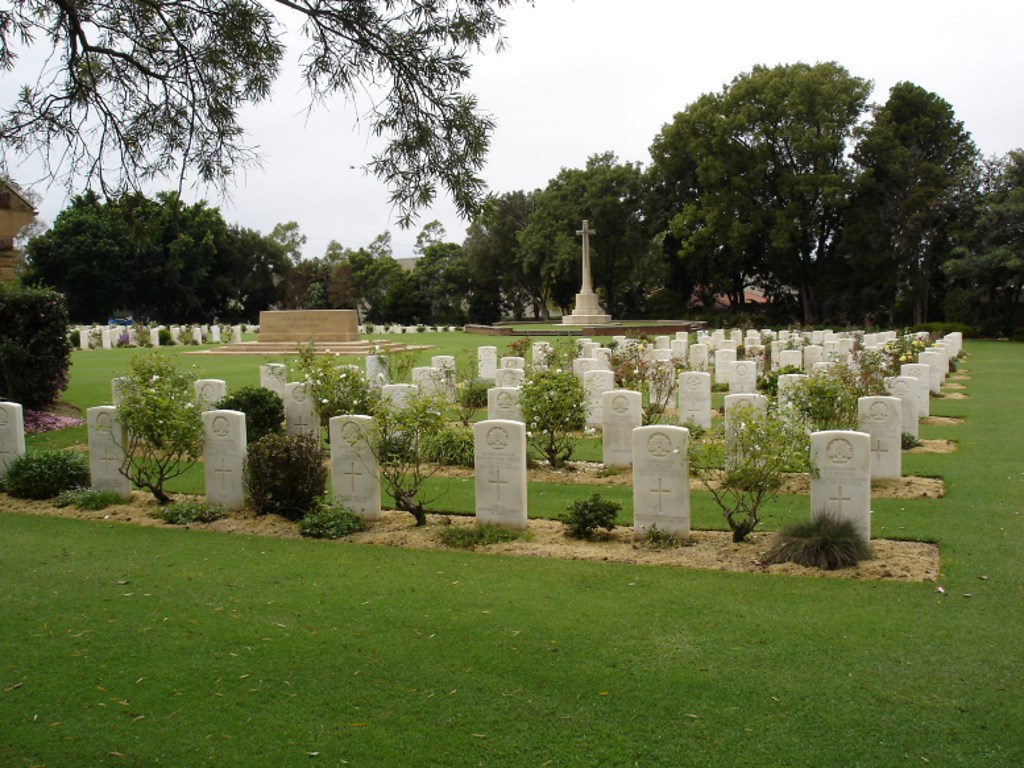 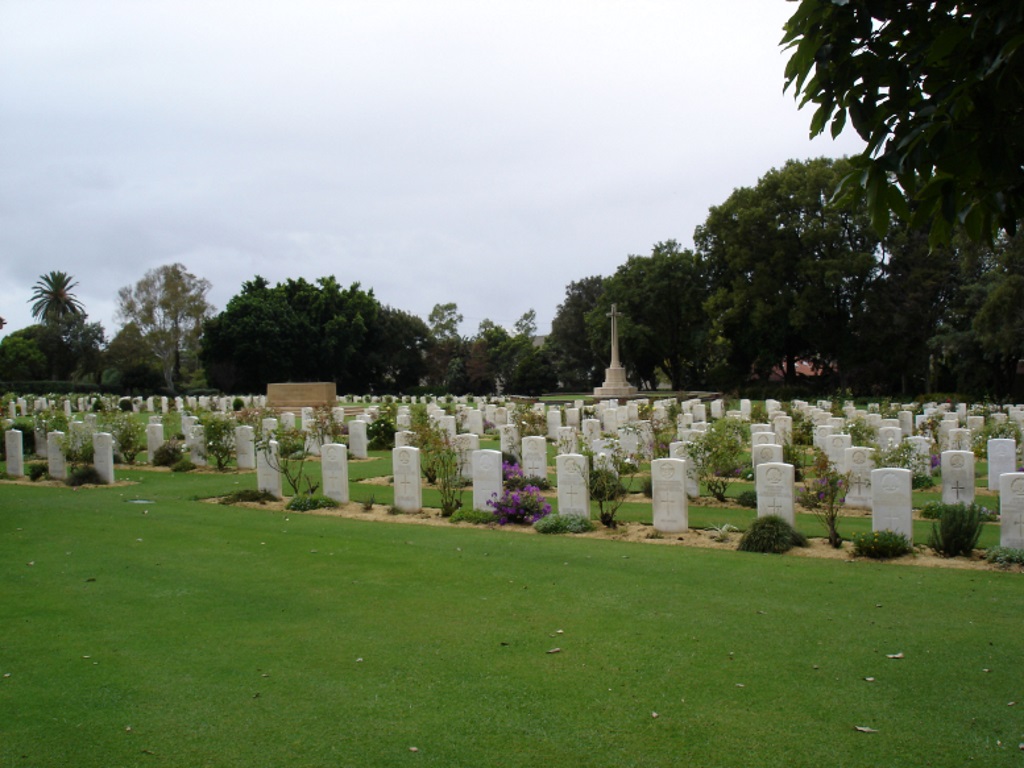 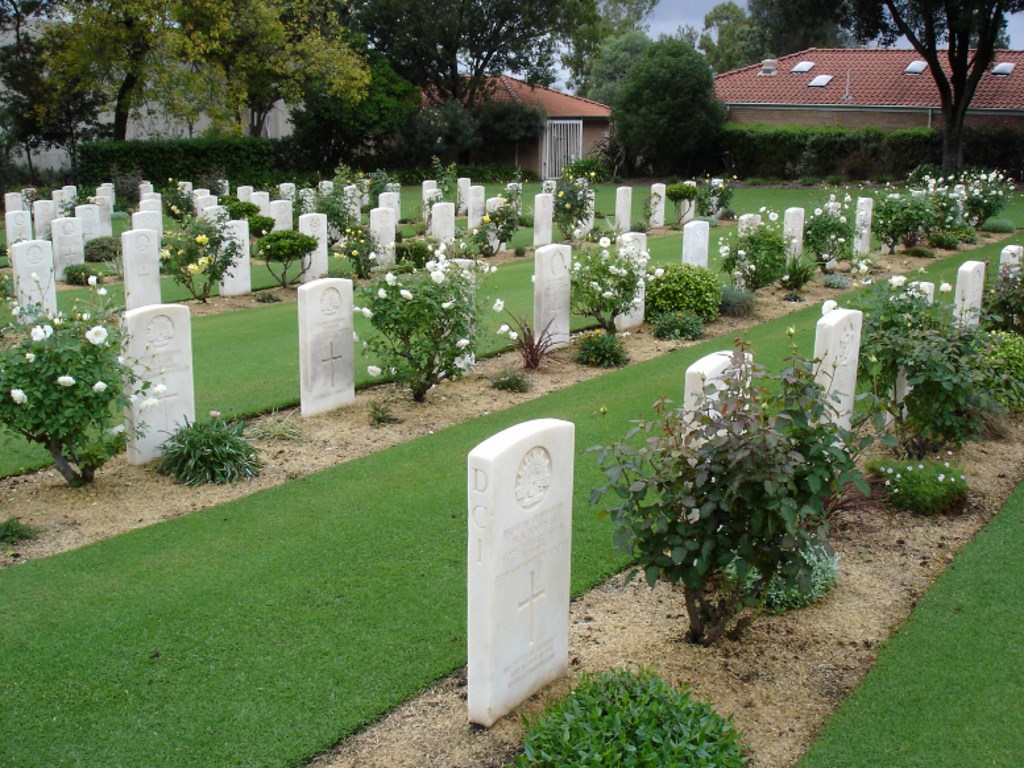 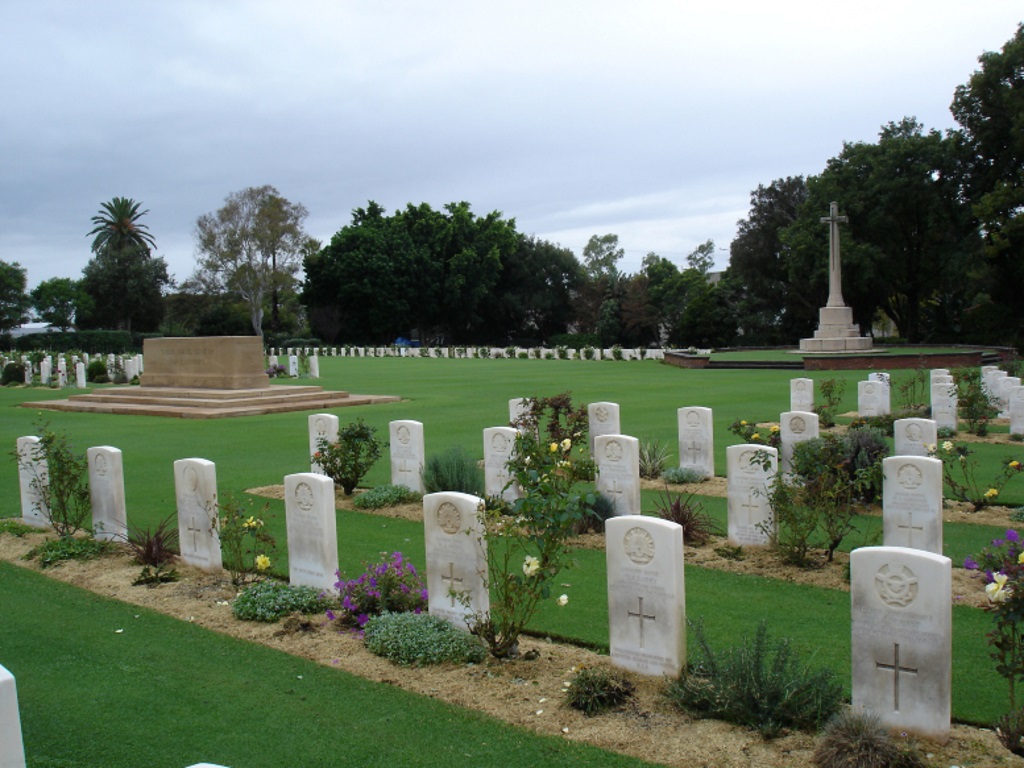 Sydney War Cemetery is in the grounds of Rookwood Necropolis, about 17 kilometres west of Sydney. By road the route is along the Great Western Highway (Parramatta Road), turning south into Marlborough Road which continues direct to the cemetery. The main entrance is at the western side, on the necropolis roadway.

This large war cemetery was established by the military authorities in 1942. It contains mainly the graves of those who died in the Concord Military Hospital, either of wounds received in operational areas, or through sickness or accident. The war cemetery was taken over by the Commission in December 1946.

SYDNEY WAR CEMETERY contains 732 Commonwealth burials and commemorations of the Second World War. Those members of the United Kingdom Forces who are buried in the cemetery died while prisoners of war in Japanese hands and were cremated. After the war the Army Graves Service arranged for their ashes to be brought by H.M.A.S. NEWFOUNDLAND to Sydney for interment. Among the war graves is that of one civilian who died while in the employment of the Admiralty during the war. There is also one French war grave.

The NEW SOUTH WALES CREMATION MEMORIAL is within the building which forms the entrance to Sydney War Cemetery and commemorates by name men who died in New South Wales during the Second World War, and were accorded the last rite of cremation in various crematoria throughout the State. Their ashes were either scattered or are buried where proper commemoration is not possible. There are in all 199 names on the memorial.

In the rear corner of the war cemetery is the SYDNEY MEMORIAL, which commemorates almost 750 men and women of the Australian Army, the Royal Australian Air Force and the Australian Merchant Navy who lost their lives during the Second World War in the eastern and southern regions of Australia, and in adjacent waters south of 20 degrees latitude, and have no known grave.

Men of the Royal Australian Navy lost in these regions who have no grave but the sea are commemorated on the Plymouth Naval Memorial in England, along with many of their comrades of the Royal Navy and of other Commonwealth Naval Forces.

The war cemetery is situated within the ROOKWOOD NECROPOLIS, which itself contains 393 First World War burials and 253 from the Second World War.

Also within the necropolis is the ROOKWOOD CREMATORIUM, where 127 servicemen of the Second World War, whose remains were cremated, are commemorated.

Adjacent to Sydney War Cemetery is the NEW SOUTH WALES GARDEN OF REMEMBRANCE.

Over 3,000 of the Commonwealth's First World War dead are buried in Australia, most of them Australians. Many lie singly or in small groups in public cemeteries throughout the seven States, but over the years it has proved impossible to maintain some of these sites to an acceptable standard. To ensure the proper commemoration of those who died as a result of service in the First World War, and indeed subsequent campaigns, Gardens of Remembrance have been laid out in each State.