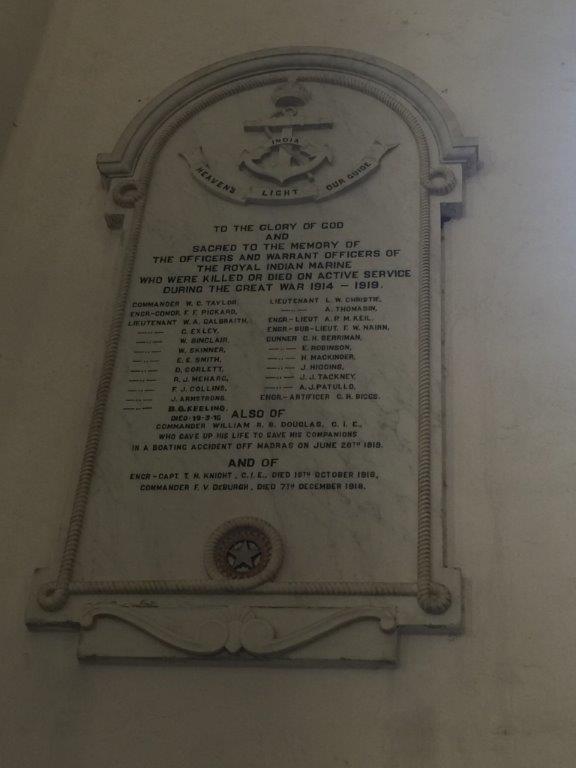 The three Memorials of the Royal Navy at Portsmouth, Plymouth and Chatham and the Memorial of the Merchant Navy at Tower Hill record the names of those European sailors who met their death in combatant service, or at the hands of the enemy, and whose graves are not known. There remain, however, the sailors of Asiatic or African birth who took the same risks and met the same fate, and for these men two other Memorials at two great Eastern ports have been erected. The names of the Chinese sailors are erected at Hongkong; the Indian, Adenese and East African sailors are commemorated at Bombay, and with them are associated those Indian dead of the Royal Indian Marine who fell in the Great War and whose graves are in Eastern waters.