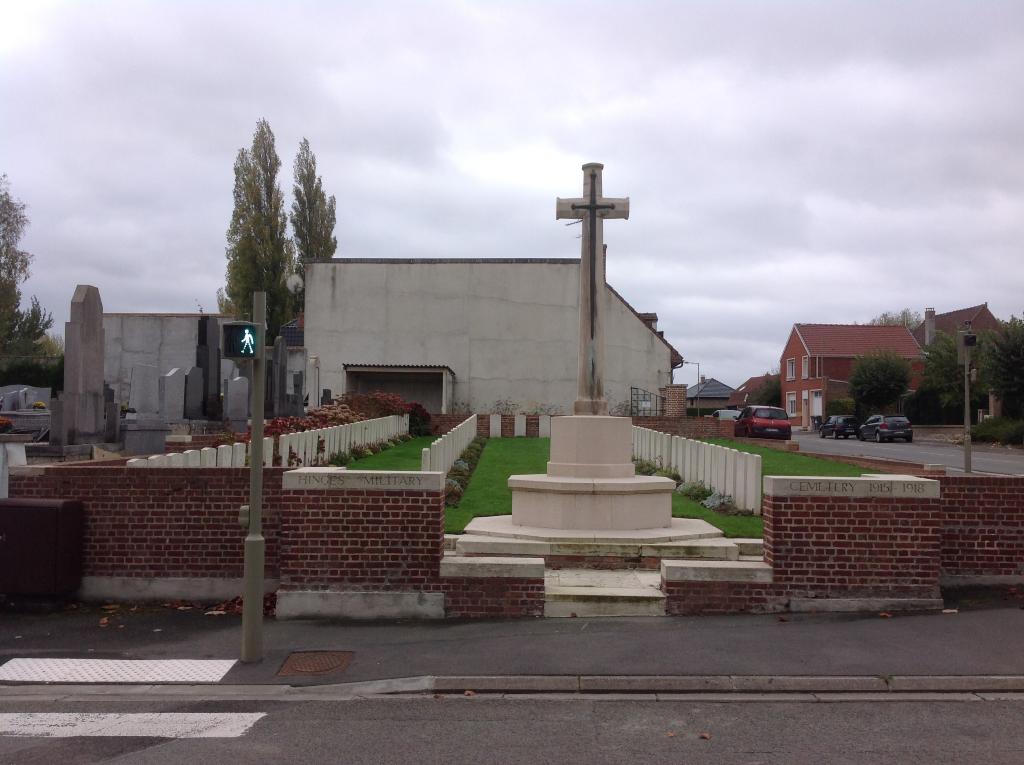 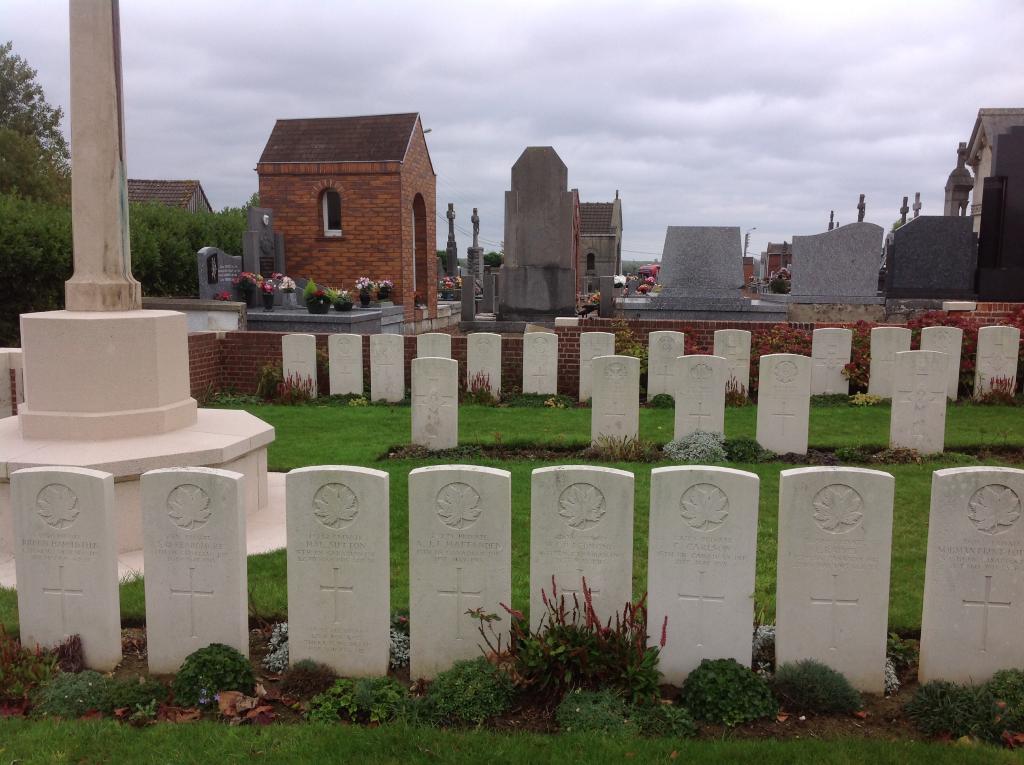 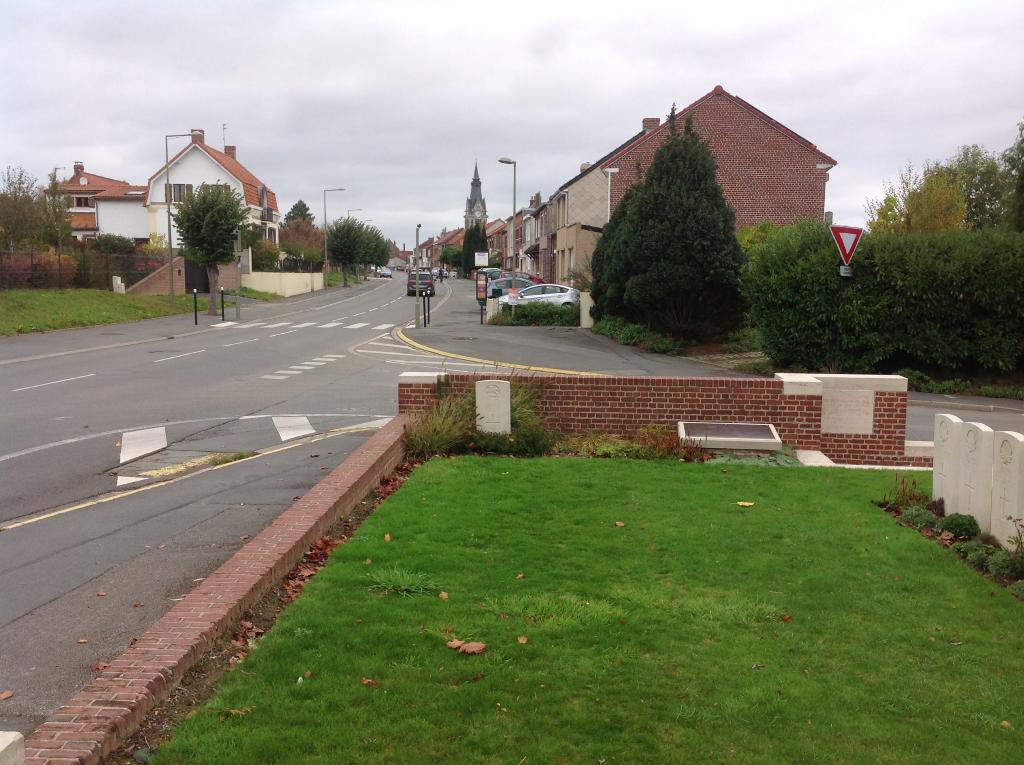 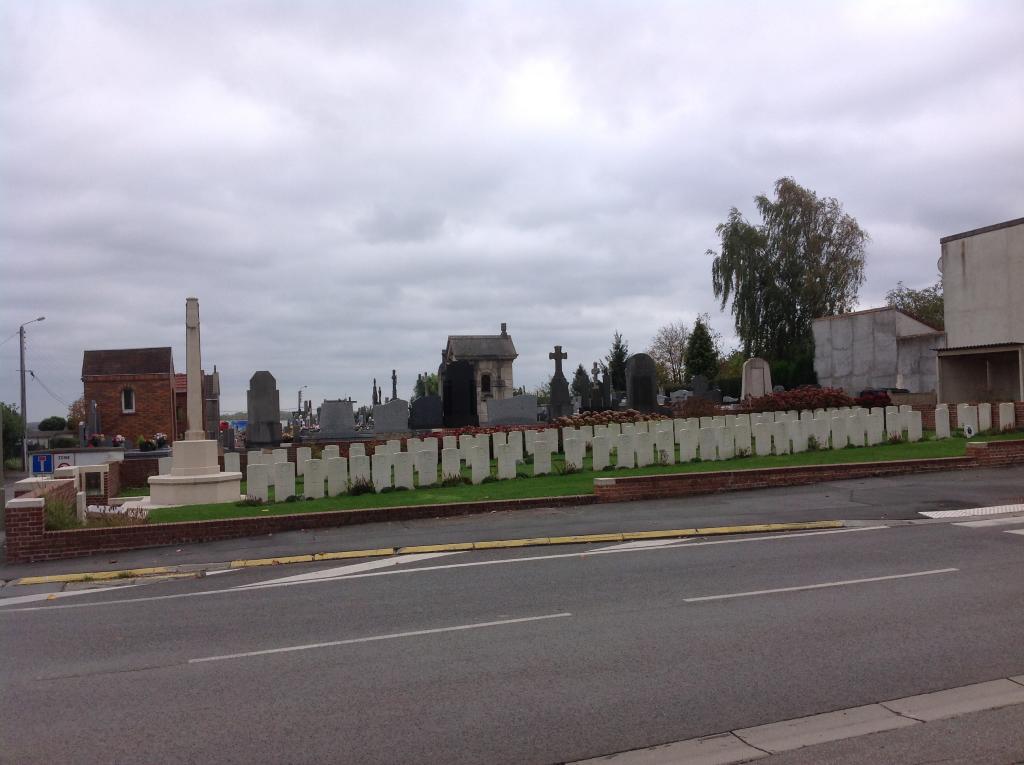 The chateau at Hinges was the headquarters of the Indian, I, XI and other Corps. The village was used for rest billets until April 1918, when the German advance was stopped on the canal, a little to the east. The cemetery was begun in May 1915, and used (mainly by field ambulances) until the following August. It was used again for one burial in April 1918 and after the Armistice, graves of April-August 1918, were brought in from the battlefields immediately east of the village. Hinges Military Cemetery now contains 105 burials and commemorations of the First World War. 20 of the burials are unidentified but there are special memorials to four casualties believed to be buried among them. The cemetery was designed by W H Cowlishaw.