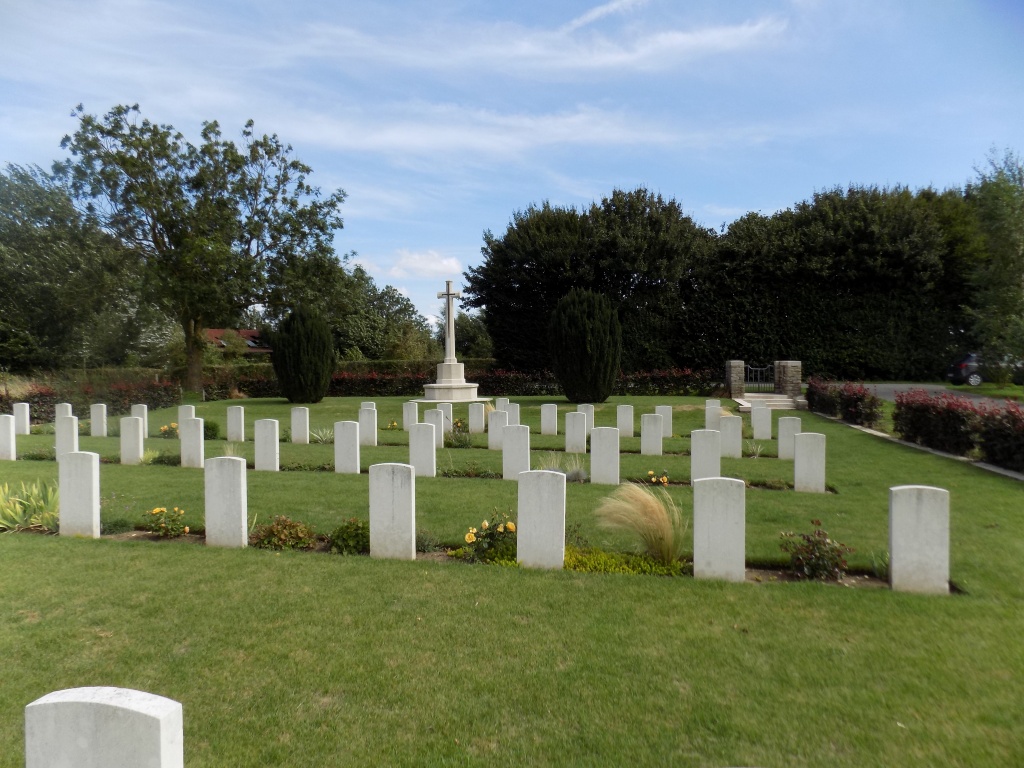 Heudicourt is a village in the north-western corner of the Department of the Somme, 13 kilometres north-east of Peronne and 17 kilommetres south-west of Cambrai. Heudicourt Communal Cemetery Extension will be found at the bottom of a farm track behind the Communal Cemetery, which is signposted at the crossroads of the D58 and D181 and again on the D181 as you approach the village centre.

Heudicourt was captured by the British in March 1917; it was lost to German forces in March 1918 and retaken in September 1918.

Heudicourt Communal Cemetery Extension was begun at the end of March 1917 and used by fighting units until March 1918.

There are now over 80, First World War casualties commemorated in this site.

The Extension covers an area of 863 square metres and is enclosed by a low red brick wall.