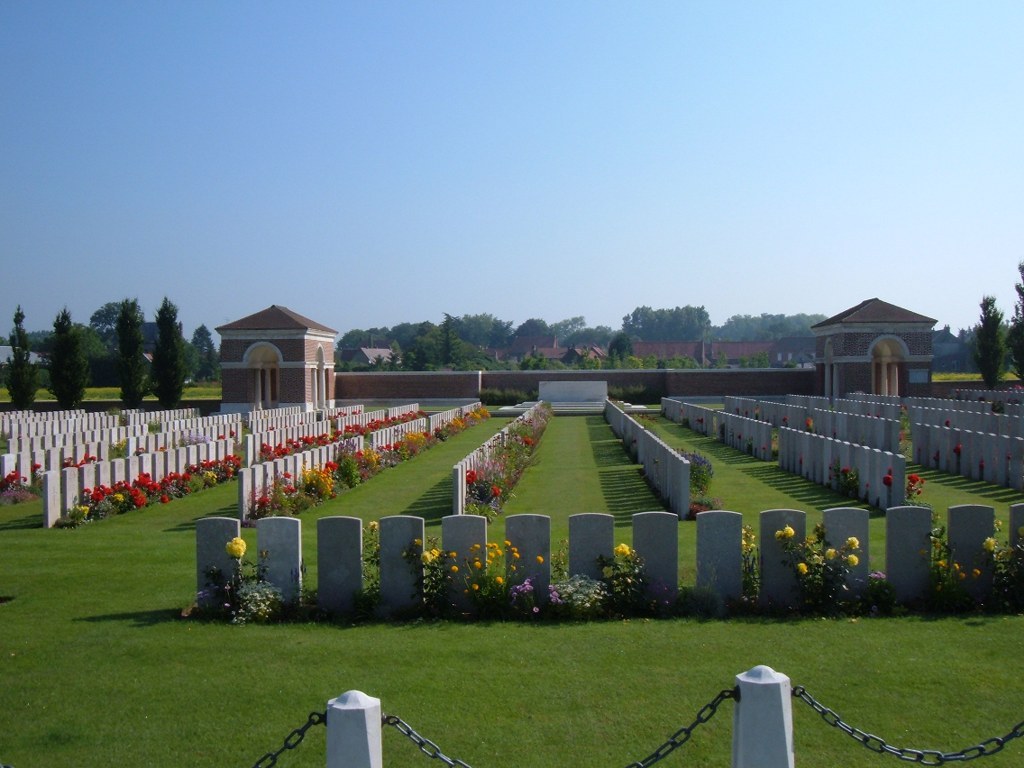 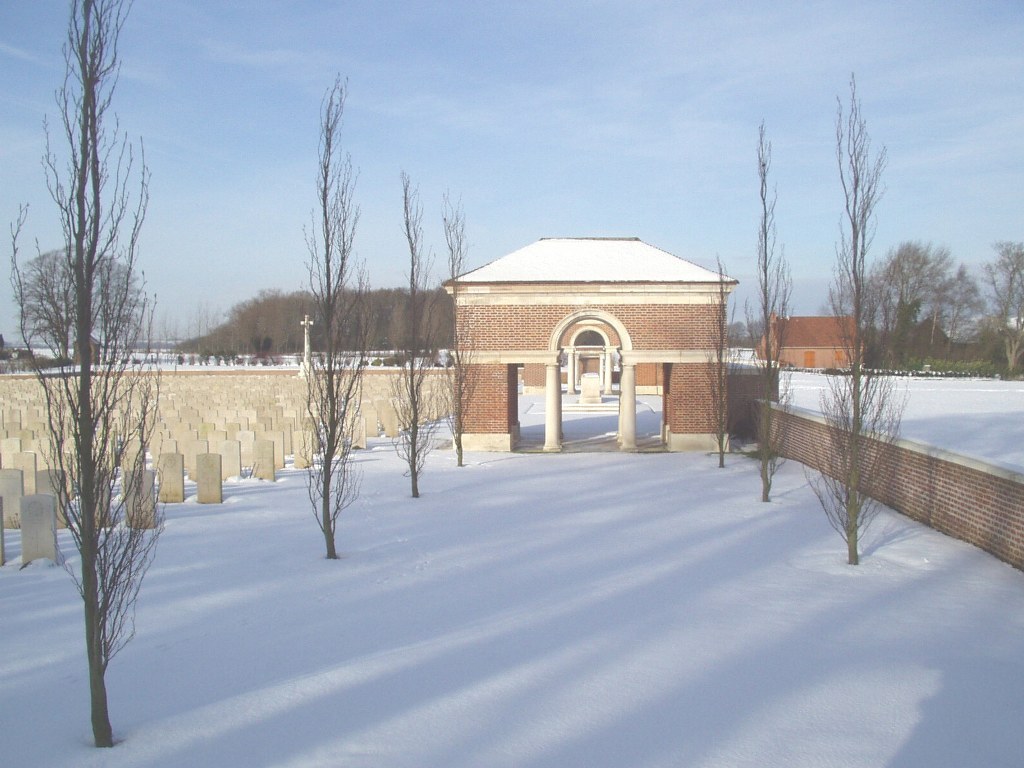 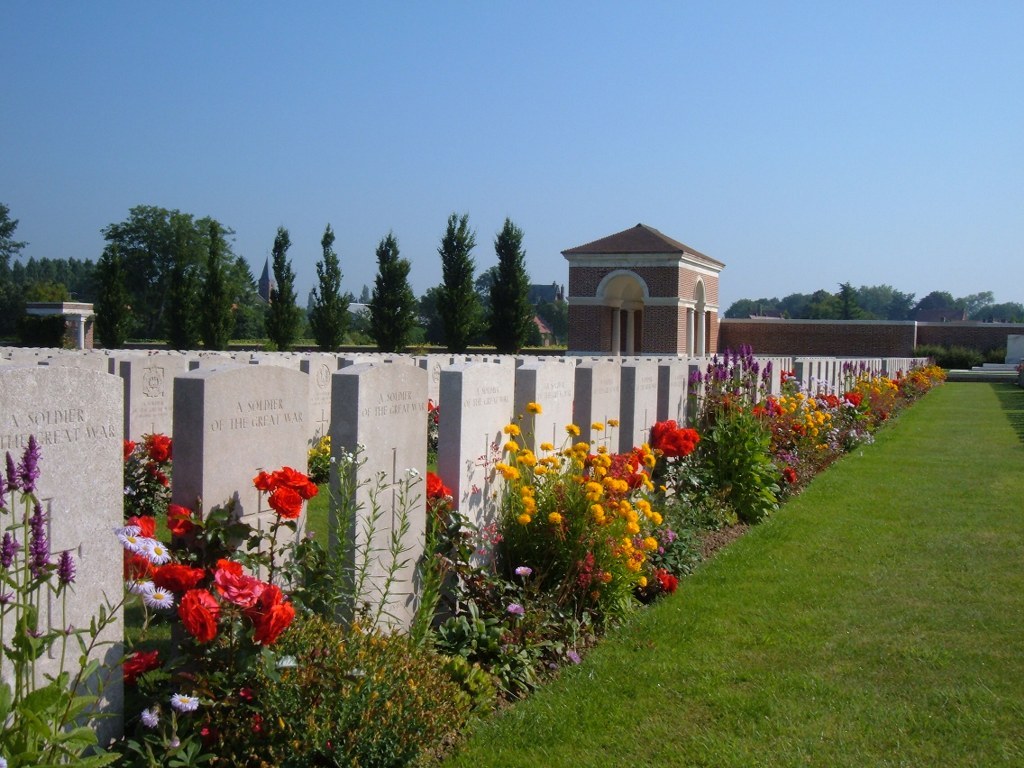 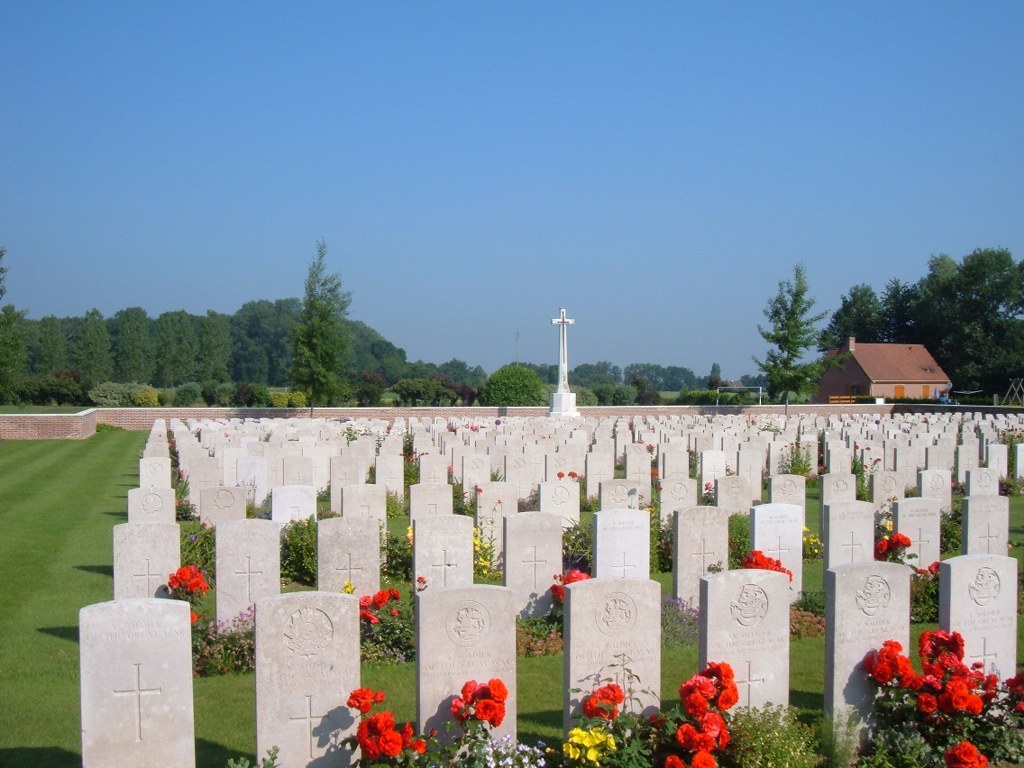 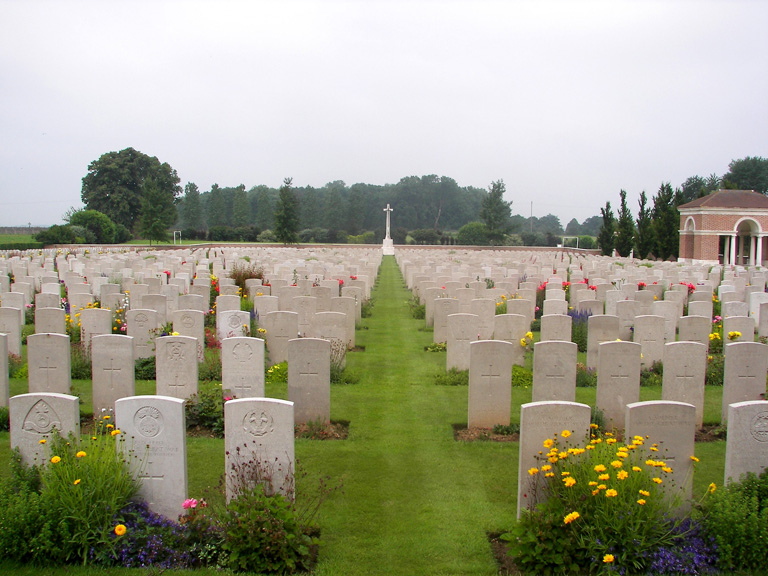 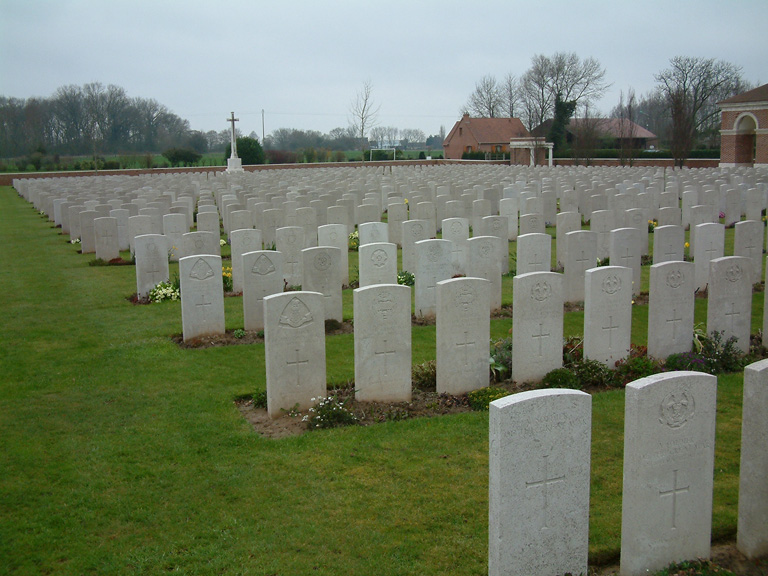 Dury is a village about 17 kilometres east-south-east of Arras. Travelling from Arras Centre, take the N39 Arras-Cambrai road for approximately 16.5 kilometres, where you turn left along D956. On this road take the first right fork of the Y Junction at 900 metres. Take the first right at 650 metres. The cemetery lies on the left side of this road 100 metres from the junction.

The cemetery was begun by Canadian units (mainly the 46th and 47th Battalions) immediately after the capture of the village, and it contained at the Armistice 72 graves (now in Plot I, Rows A and B). It was then enlarged by the concentration of graves from the battlefields of April and May, 1917, and March, August and September, 1918, North and West of Dury, plus the following cemetery:- ESSEX CEMETERY, ETERPIGNY, was on the South side of the village of Eterpigny and contained the graves of 33 soldiers from the United Kingdom who fell in September, 1918, 19 of whom belonged to the 2nd Essex, and ten to the 2nd Seaforths. There are 2058 First World War casualties buried in this site. Of these, 1766 are unidentified. This cemetery was designed by G H Goldsmith.