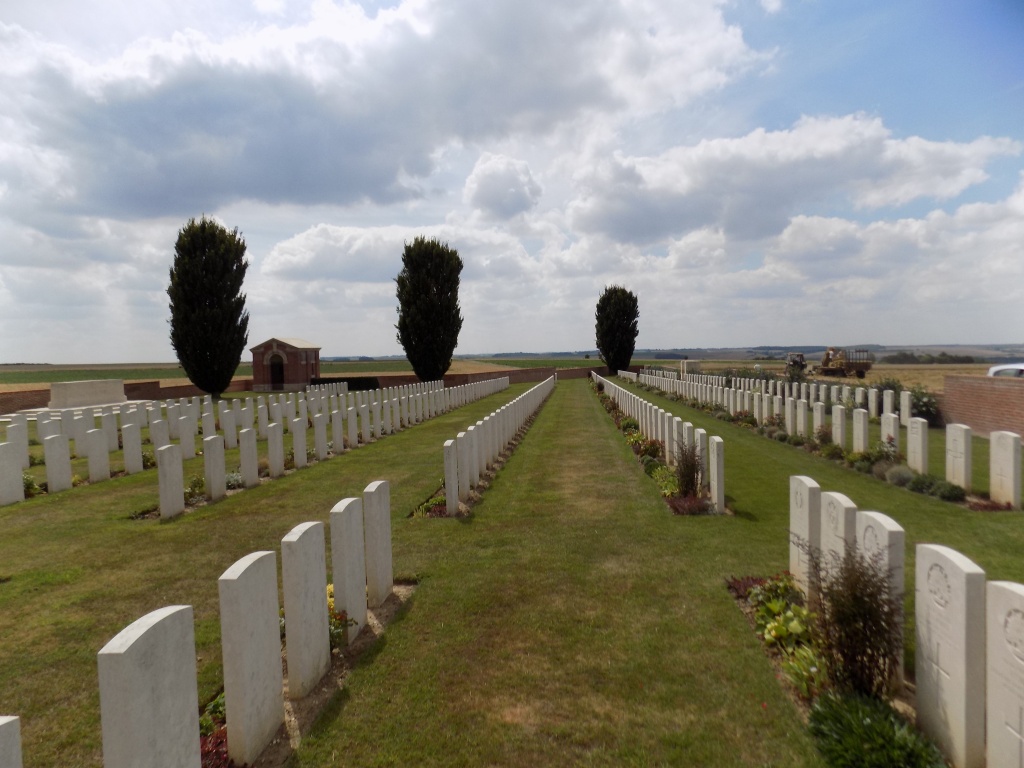 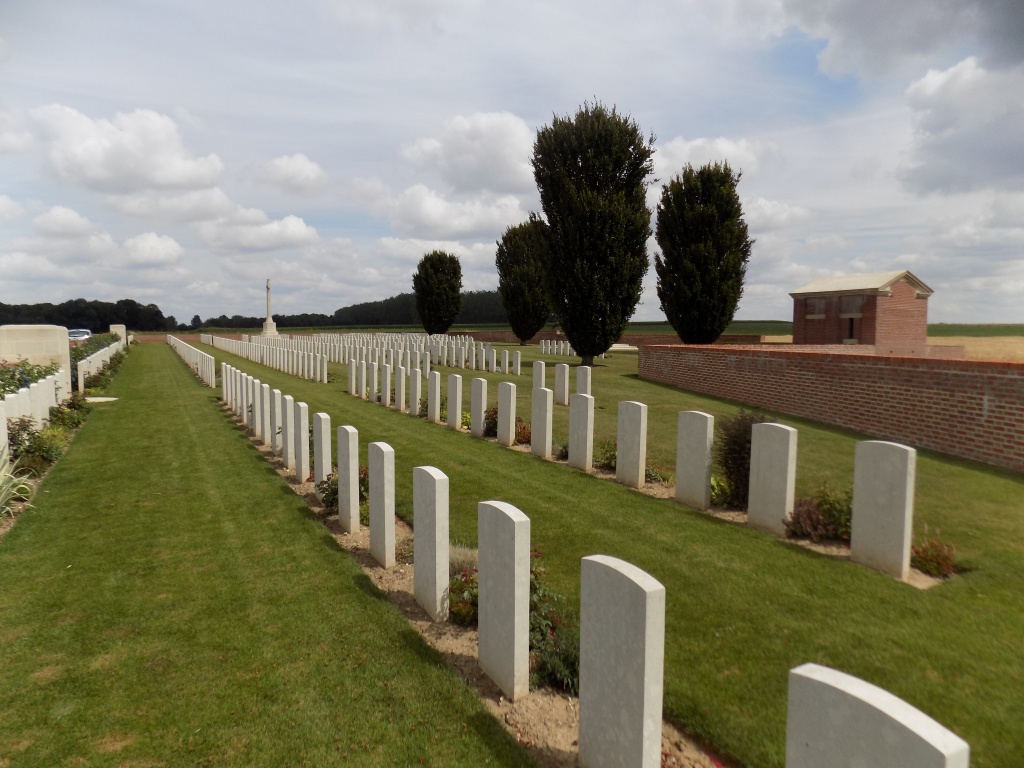 Sailly-le-Sec is a village in the Department of the Somme, about 20 kilometres east of Amiens. The Cemetery is a little more than 1.5 kilometres north-east of Sailly church.

In June 1916, before the Somme offensive, the ground north of the cemetery was chosen for a concentration of field ambulances, which became the XIV Corps Main Dressing Station. Dive Copse was a small wood close by, under the Bray-Corbie road, named after the officer commanding this station. Plots I and II were filled with burials from these medical units between July and September 1916. In the spring of 1918, the cemetery was lost during the German advance; Plot III contains the graves of 77 men who died in August 1918 when it was retaken. This plot also contains graves brought in from scattered sites and small cemeteries in the neighbourhood, the most significant being:-

ESSEX CEMETERY, Sailly-le-Sec, which was 900 metres further North, on the edge of the Bray-Corbie road. It was begun by the 10th Essex Regiment in August, 1918, and it contained the graves of 30 soldiers from the United Kingdom and three from Australia.

Dive Copse Cemetery now contains 589 burials and commemorations of the First World War. 29 of the burials are unidentified but there are special memorials to 10 casualties known to be buried among them.