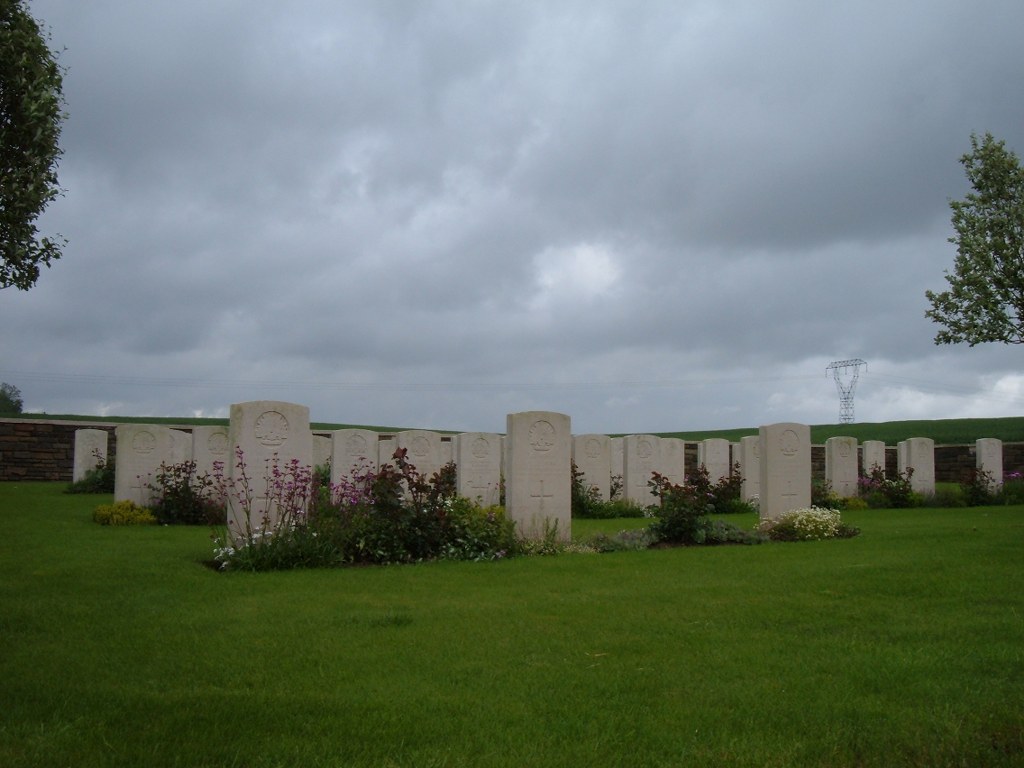 From Bapaume take the N30 towards Cambrai. After leaving the village of Beugny, continue for approximately 1 kilometre and then turn left onto the D18 and continue for 1.1 kilometres. Morchies Australian Cemetery will be found on the right hand side of the road.

Morchies was occupied by British troops on the 20th March 1917; lost on the 21st March 1918; and retaken in September 1918. It was later "adopted" by the Urban District of Barking.

Morchies Australian Cemetery was begun by Australian units at the end of March 1917, and used until the end of April. Four burials in Row D were made by the German forces in March 1918; and the remainder of the burials were made in September 1918.

This cemetery contains the graves of 61 Commonwealth casualties of the First World War, one of which is unidentified and two burials of other nationalities.