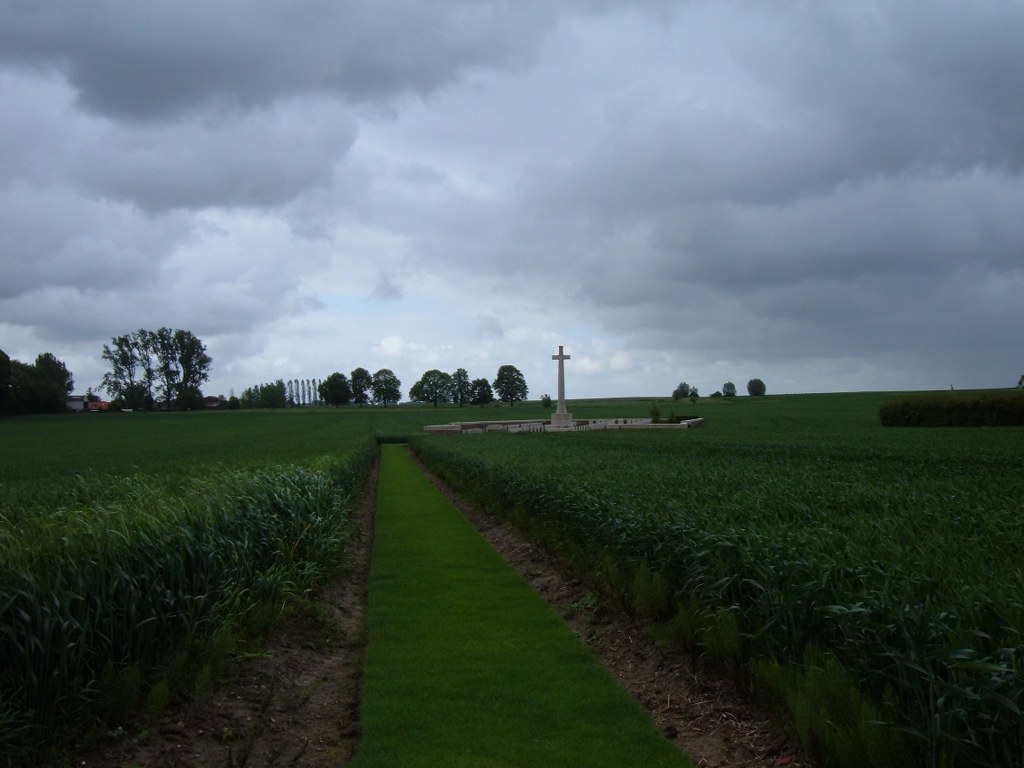 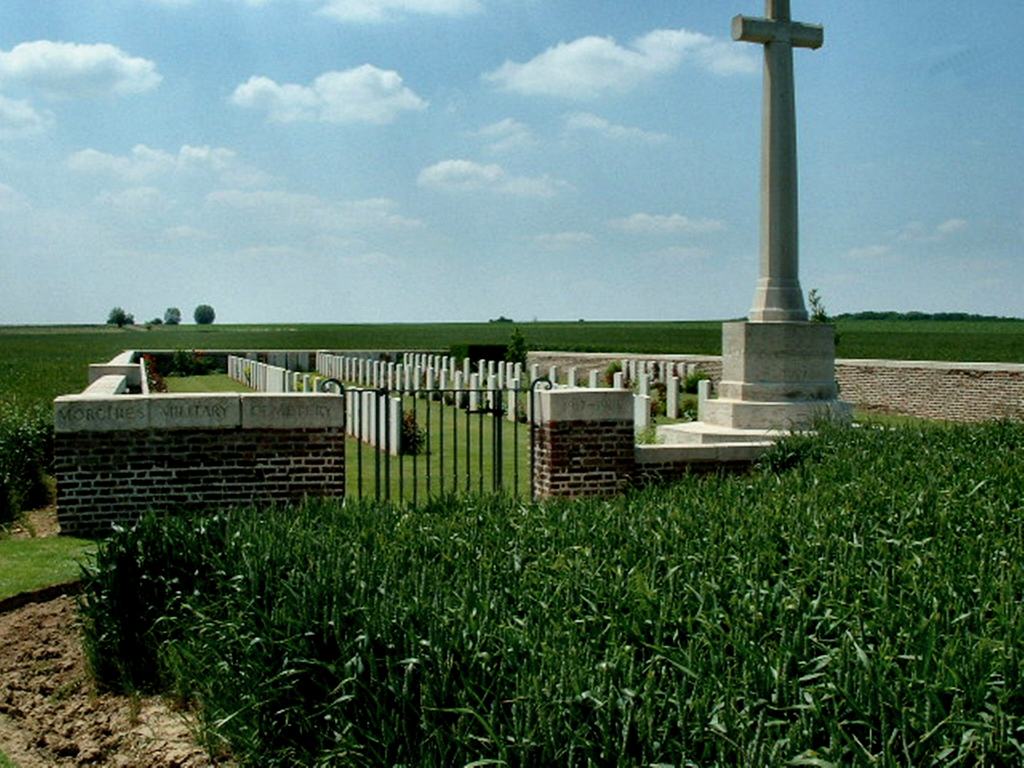 Morchies is a village 8 kilometres north-east of Bapaume and 2 kilometres north of the RN30 road from Bapaume to Cambrai. Leave the RN30 on the RD18 signposted Morchies, pass through the village and the cemetery can be seen clearly on the left. The signpost indicates an access path.

Morchies was occupied by British troops on the 20th March 1917; lost on the 21st March 1918; and retaken in September 1918. It was later "adopted" by the Urban District of Barking. Morchies Military Cemetery was begun in April 1917, and used until January 1918. Seventy-six British and 15 German burials in Rows B, C and D were made by the Germans in March 1918; and certain burials in Rows in A, D and E were made by the British in 1918. This cemetery contains the graves of 163 casualties of the First World War, 74 of which are unidentified and special memorials are erected to eight soldiers from the United Kingdom who are known to be buried among them. Other special memorials record the names of nine soldiers from the United Kingdom and one sailor of the Royal Naval Division, buried by the enemy at Morchies, whose graves were destroyed by shell fire. This cemetery also contains the graves of 13 German casualties of the First World War. This cemetery was designed by W H Cowlishaw.