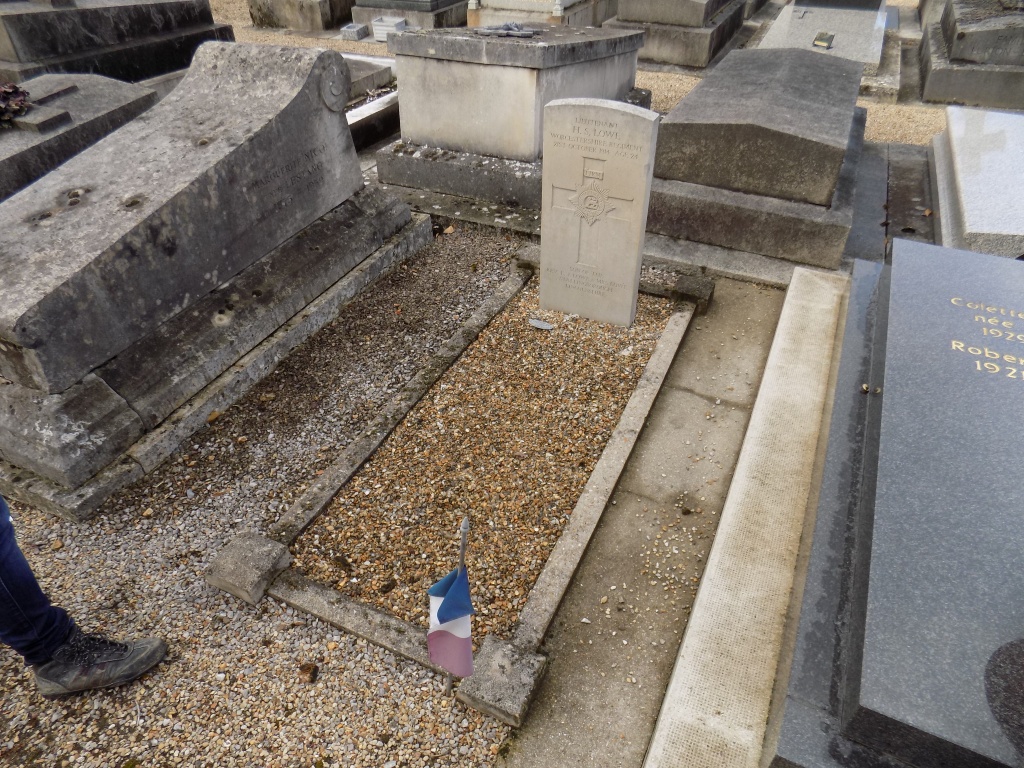 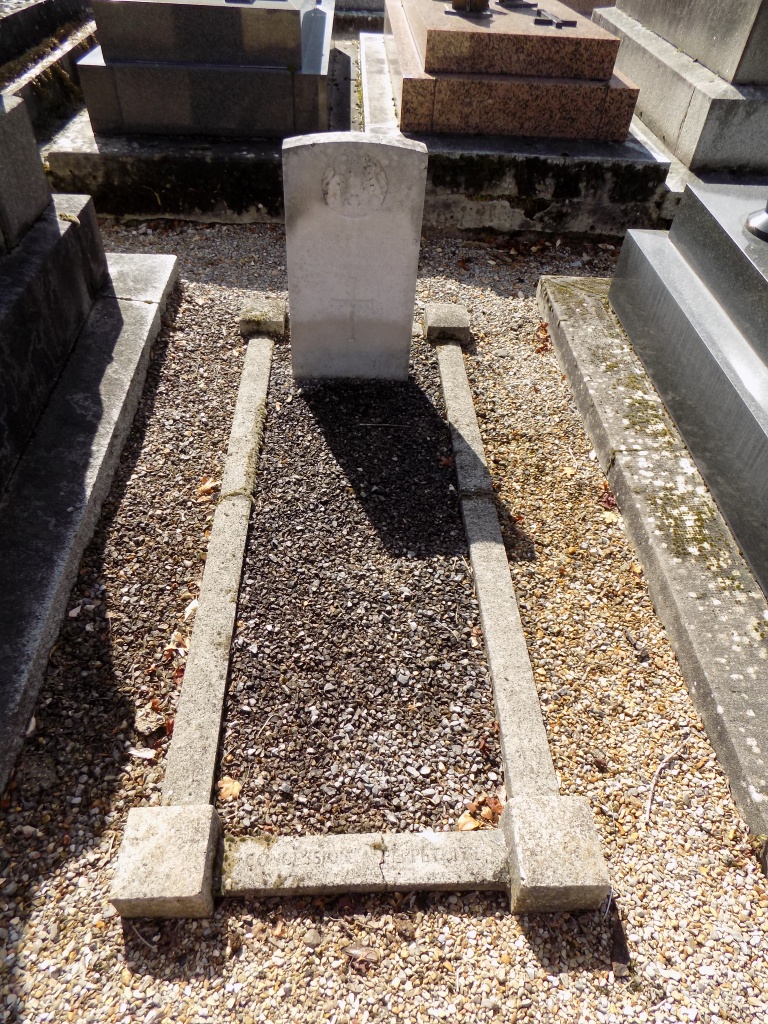 St Germain-en-Laye is 17 kilometres west of Paris. From Paris starting at the car park at the Chateau of Versailles, follow the "Pontaire" route to St Germain taking the Rue des Reservoirs, Bld du Roi, Place de la Loi to the roundabout and then on to Bld St Antoine and Route de St Germain to the D186. Continue straight on, going over the top of the Motorway A13, to the overhead sign Pontaire NR13 St Germain. Continue on the NR13 under the bridge and straight on up the hill. Take the tunnel in the centre of the road and on emerging from this tunnel you will come to traffic lights. Continue straight on and take the third turning on the right. Proceed down the hill to a Stop sign and the cemetery gates will be seen on the other side of the road facing you. If starting from the centre of St Germain-en-Laye at the railway station in the Place Christiane Farhier, take the first road right and then take the second road on the right at the traffic lights - the Rue du Pereire. Continue straight on past the second set of traffic lights to the Place du Souvenir Francais and the cemetery will be found on the right. Within the Old Communal Cemetery will be found the graves of two soldiers from the United Kingdom who died in 1914 and 1918. The New Communal Cemetery contains - in a French Military plot near the east end of the cemetery - the graves of three soldiers from the United Kingdom who died in 1914. In the north-east corner is a small plot of nine Second World War burials.