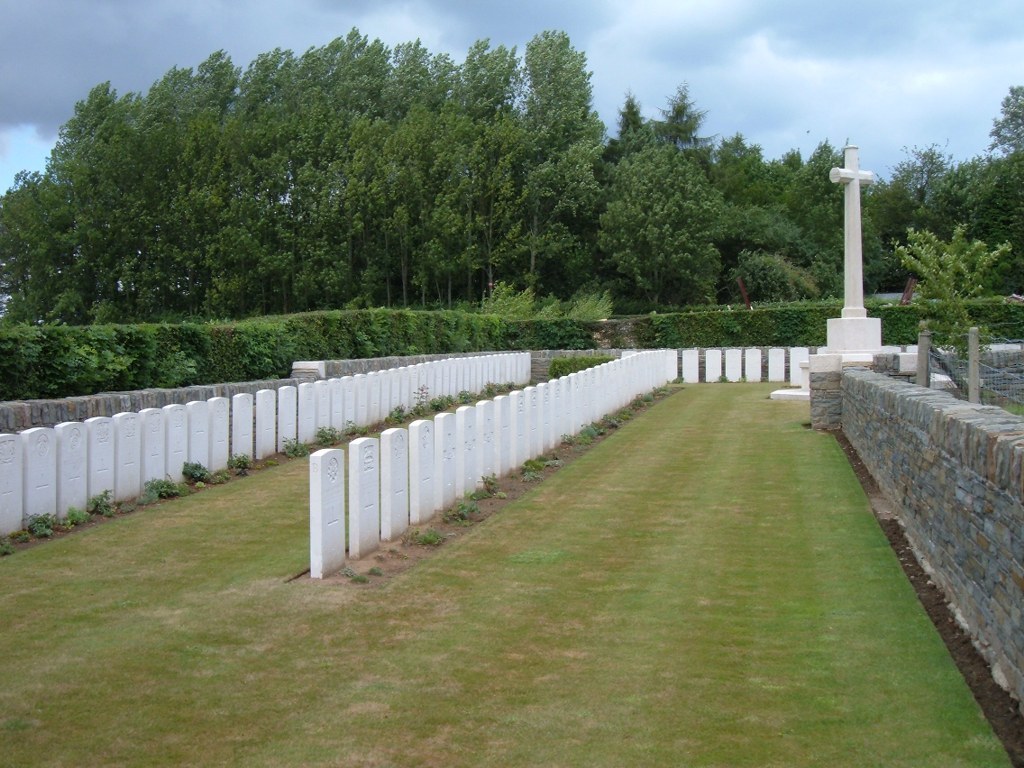 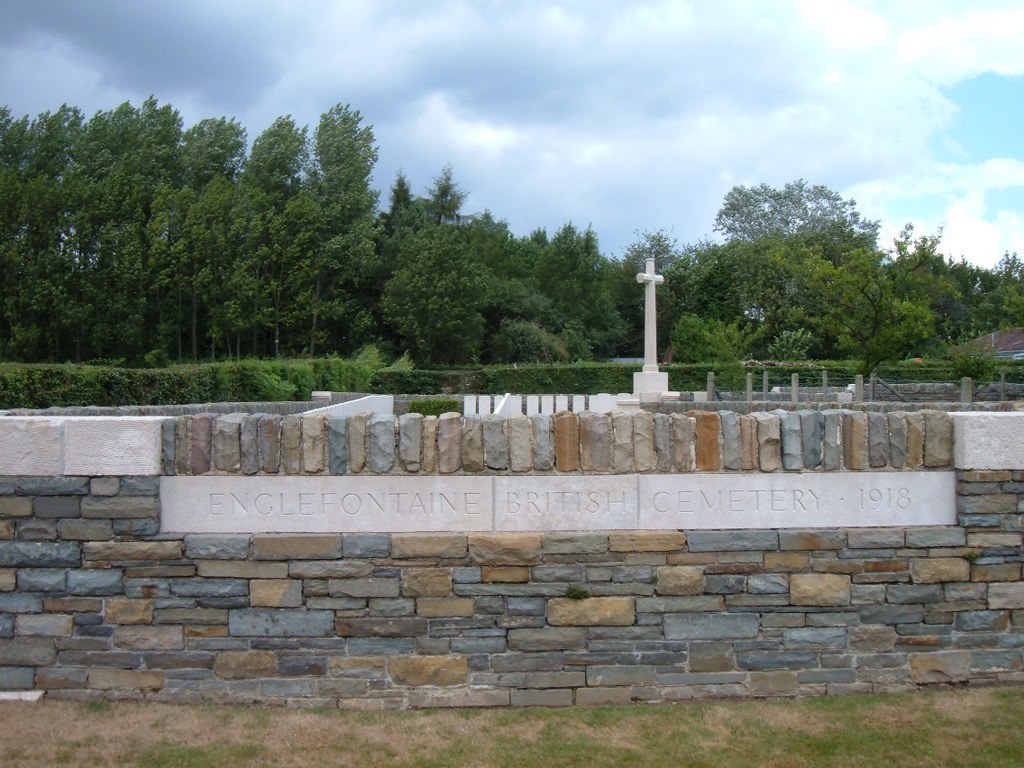 Englefontaine was captured by the 18th and 33rd Divisions on the 26th October, 1918. It was later "adopted" by the Borough of Cheltenham. Englefontaine British Cemetery was made by the Burial Officer of the 38th (Welsh) Division in November, 1918, and enlarged after the Armistice by the concentration of graves from the following cemetery:- LES TUILERIES BRITISH CEMETERY, ENGLEFONTAINE, was behind the garden of a house, on the North side of the road to Salesches, at a hamlet called Les Tuileries. It was made by the 33rd and 38th Divisions in November, 1918, and contained the graves of 55 soldiers from the United Kingdom. There are now over 150, 1914-18 war casualties commemorated in this site. Of these, nearly 10 are unidentified. The cemetery covers an area of 586 square metres and is enclosed by a low rubble wall.