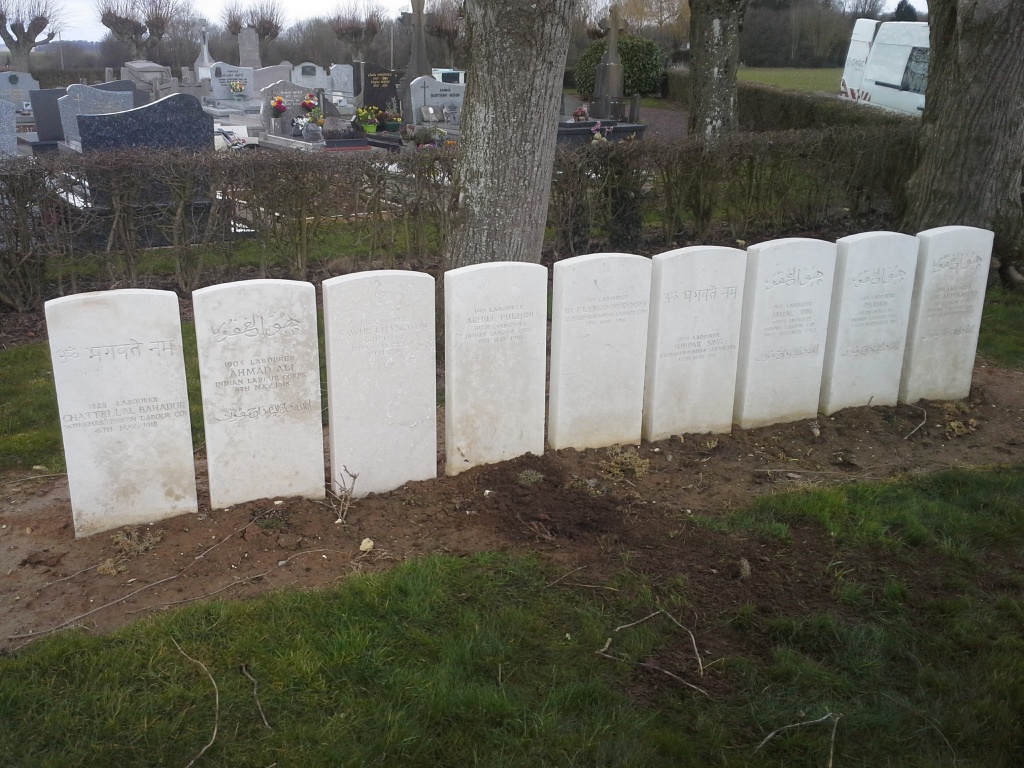 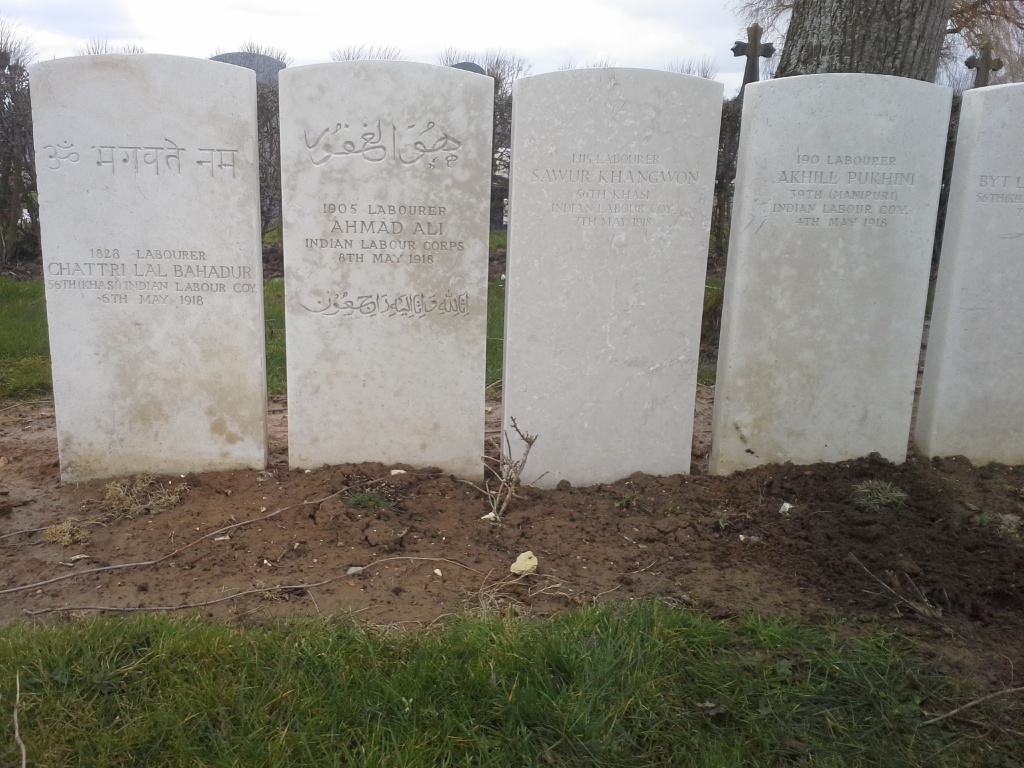 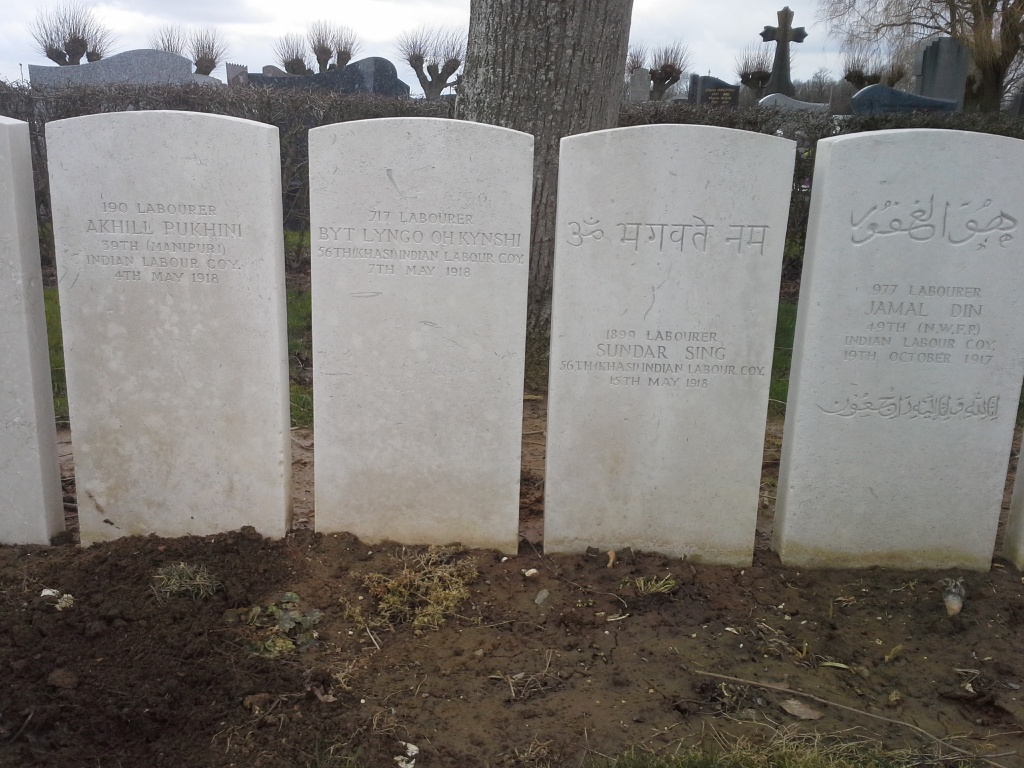 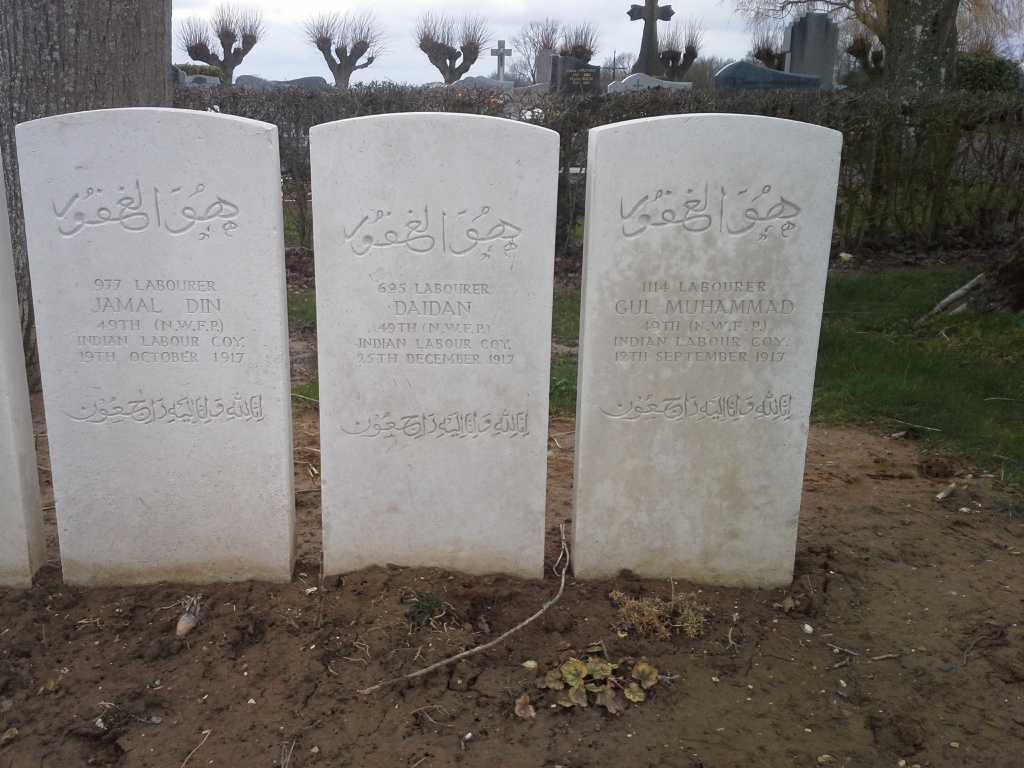 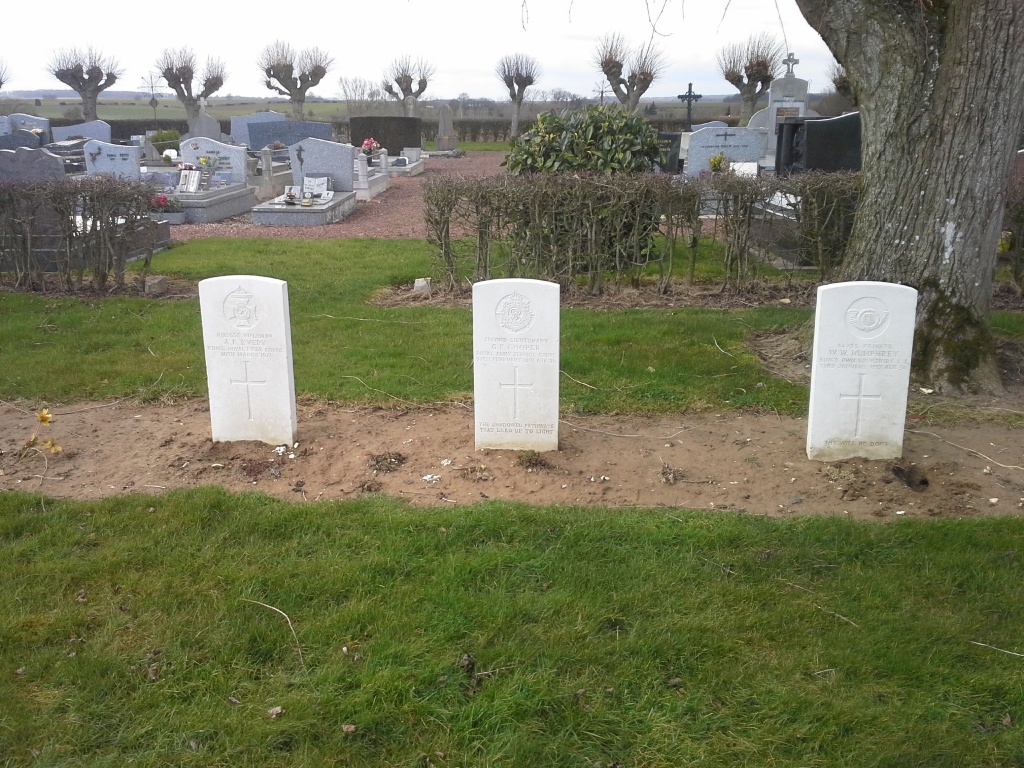 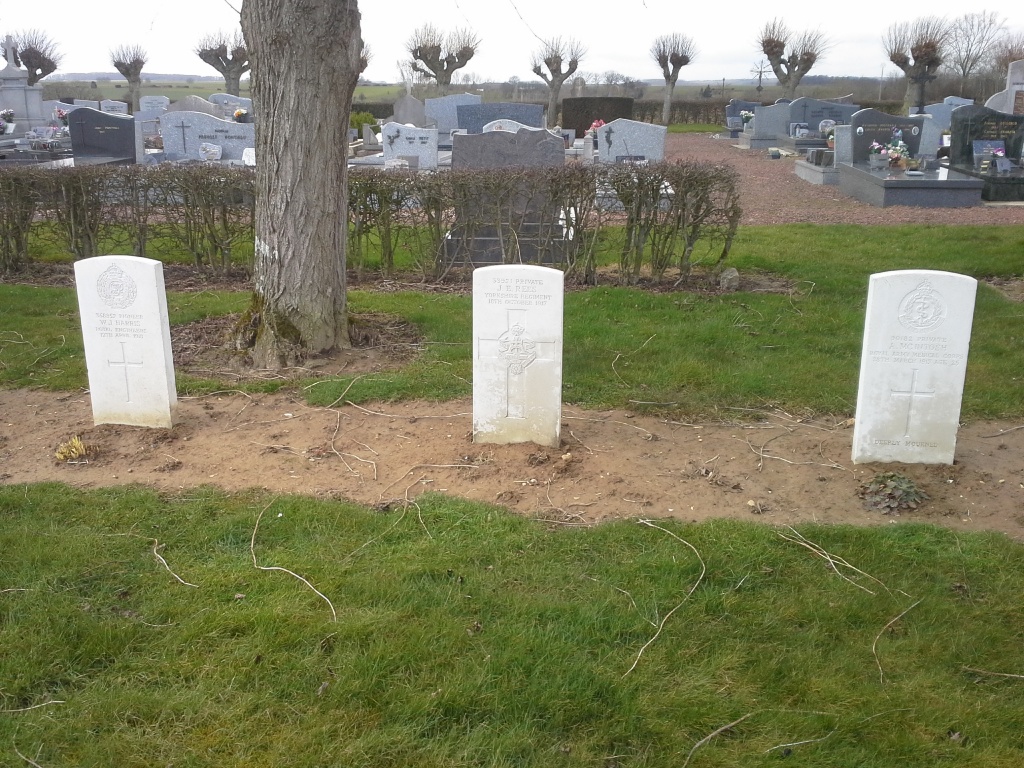 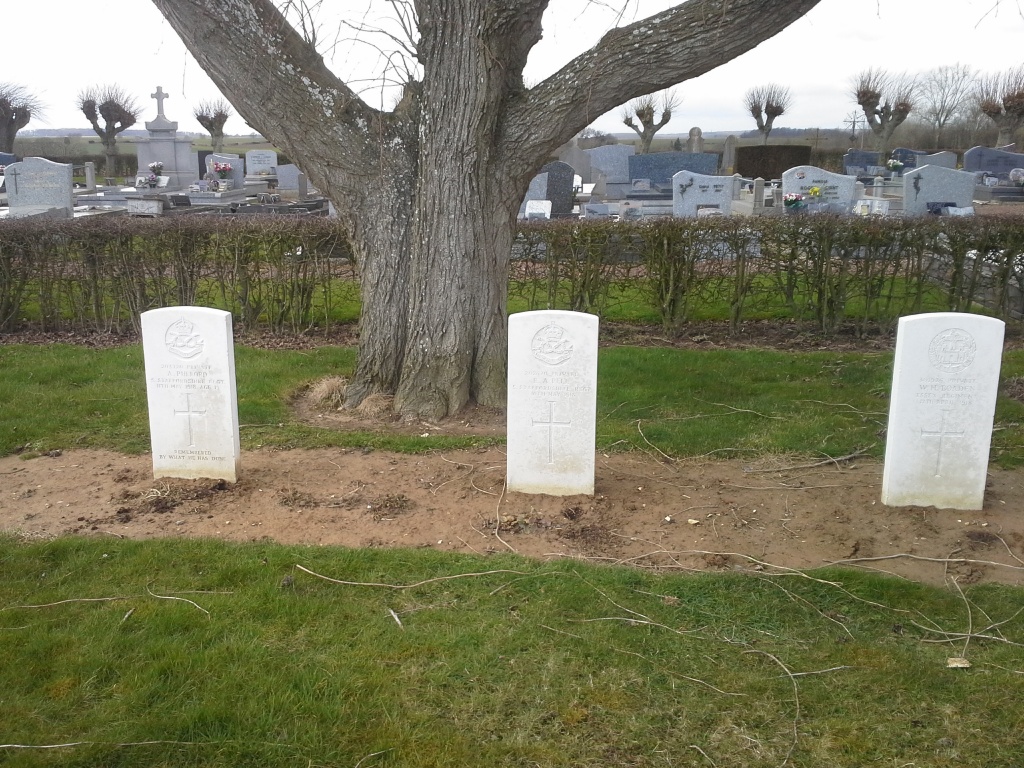 Barly is a village and commune in the Department of the Pas-de-Calais, some 25 kilometres west-south-west of Arras, north of the main road Arras/Doullens (N25). The French Military Cemetery is on the road (D8) leading to Bavincourt, approximately 1 kilometre from the village.

The French Military Cemetery was begun by the French in September, 1915, and used by British Field Ambulances and other units from March, 1916, to May, 1918; and after the Armistice the graves of nine men of the Indian Labour Corps were brought in from isolated positions. There are now nearly 30, 1914-18 war casualties commemorated in this site.