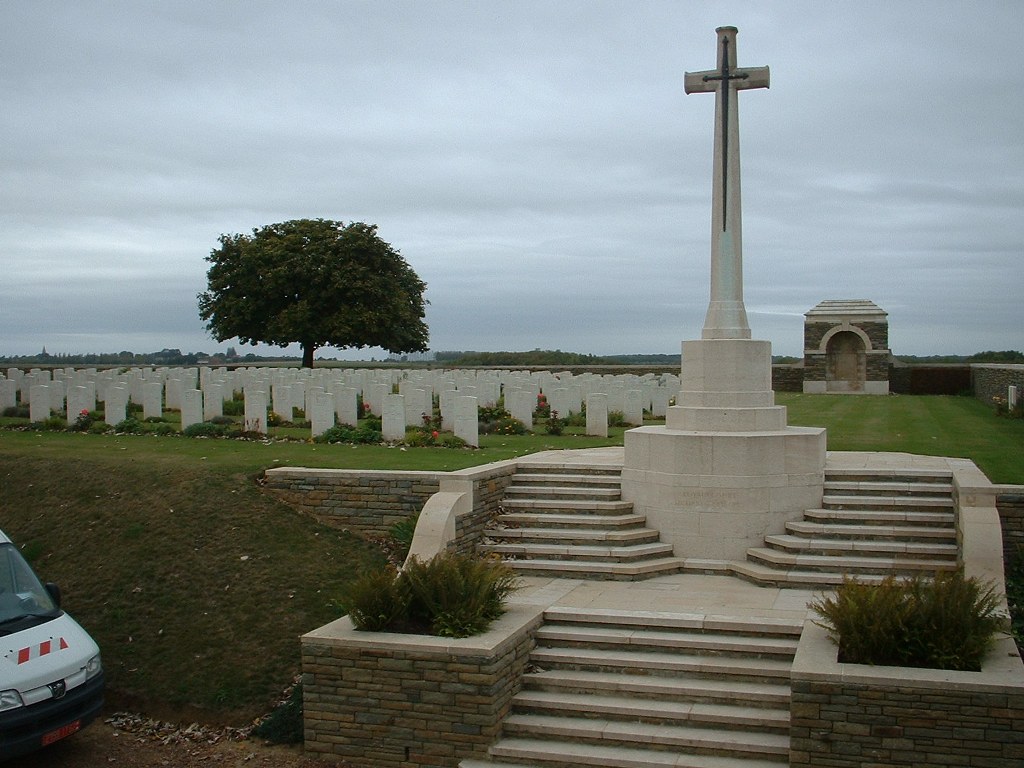 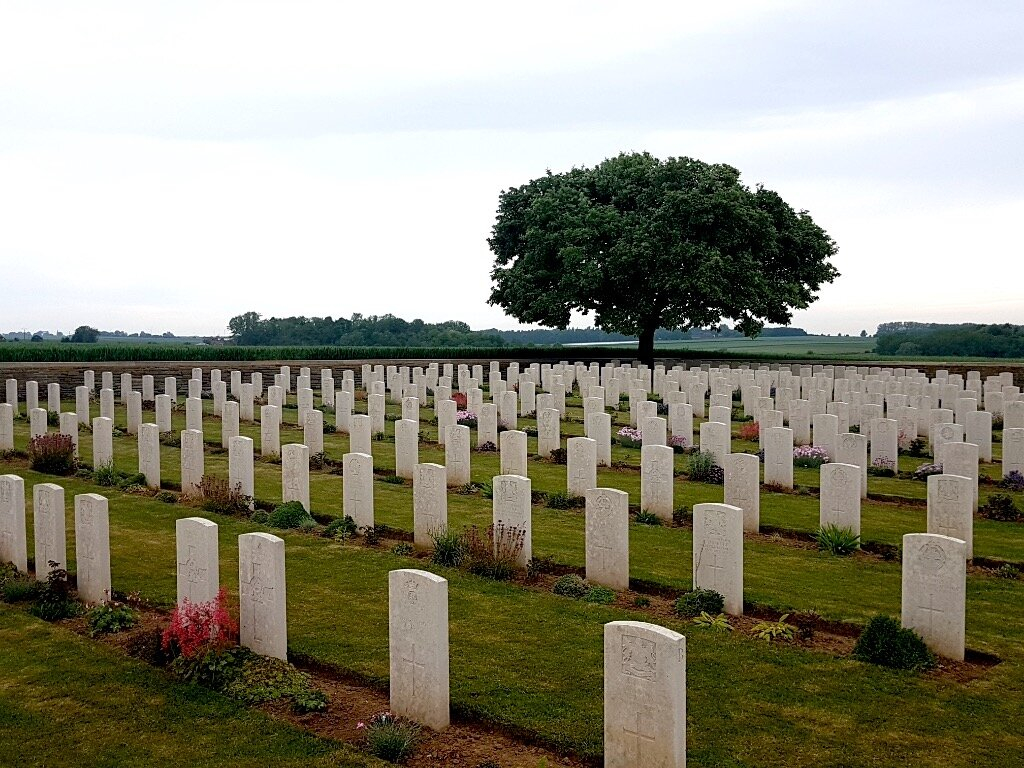 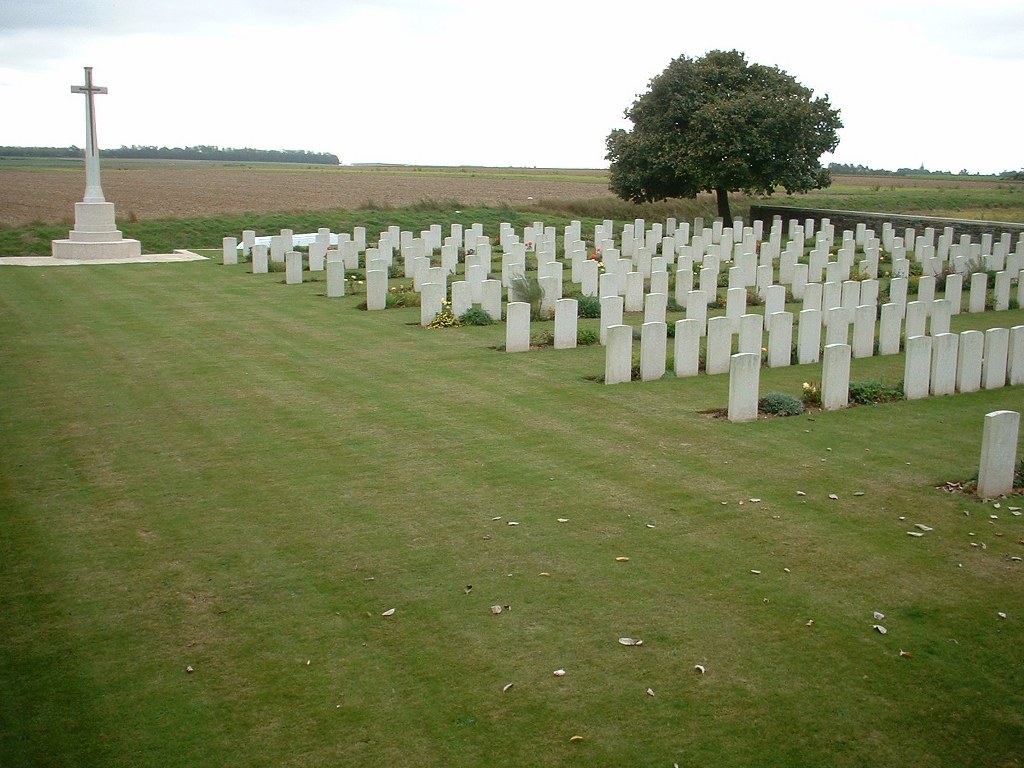 Ruyaulcourt is a village in the Department of the Pas-de-Calais 11 kilometres east of Bapaume on the D7 and 19 kilometres south-west of Cambrai. The Cemetery lies 500 metres north of Ruyaulcourt village along an unmarked road, but is signposted to the left by the village church as you enter Ruyaulcourt from Bapaume.

Entrance to this site is via a flight of steps. For further information regarding wheelchair access, please contact our Enquiries Section on 01628 507200.

Ruyaulcourt village was attacked by the 7th D.C.L.I. on the 28th/29th March 1917 and found unoccupied the next night by the 7th Somerset Light Infantry. It was lost again on the 23rd March 1918 and finally cleared by the New Zealand Division on the 4th September 1918.

Ruyaulcourt German Cemetery was used from July 1916, to March 1917, and in August 1918; and it contained 405 German graves and those of two R.A.F. officers, two soldiers from the United Kingdom and one New Zealand soldier. It was removed in 1924, and two of the British graves were brought into the Military Cemetery.

Ruyaulcourt Military Cemetery was begun in April 1917, and used by fighting units and Field Ambulances (largely of the 42nd (East Lancashire) Division) until March 1918. It was re-opened in September 1918.

There are now over 300, 1914-18 war casualties commemorated in this site. Of these, 10 are unidentified and special memorials are erected to the two airmen buried in the German Cemetery, whose graves could not be found.

The Cemetery covers an area of 1,608 square metres and is enclosed by a rubble wall.