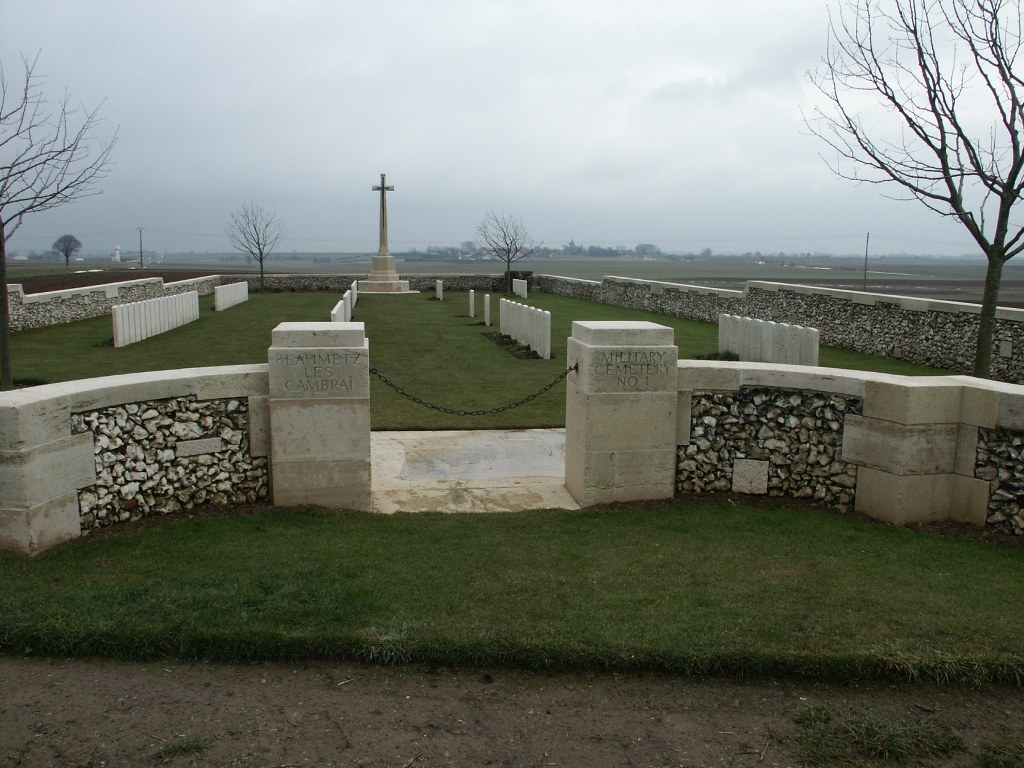 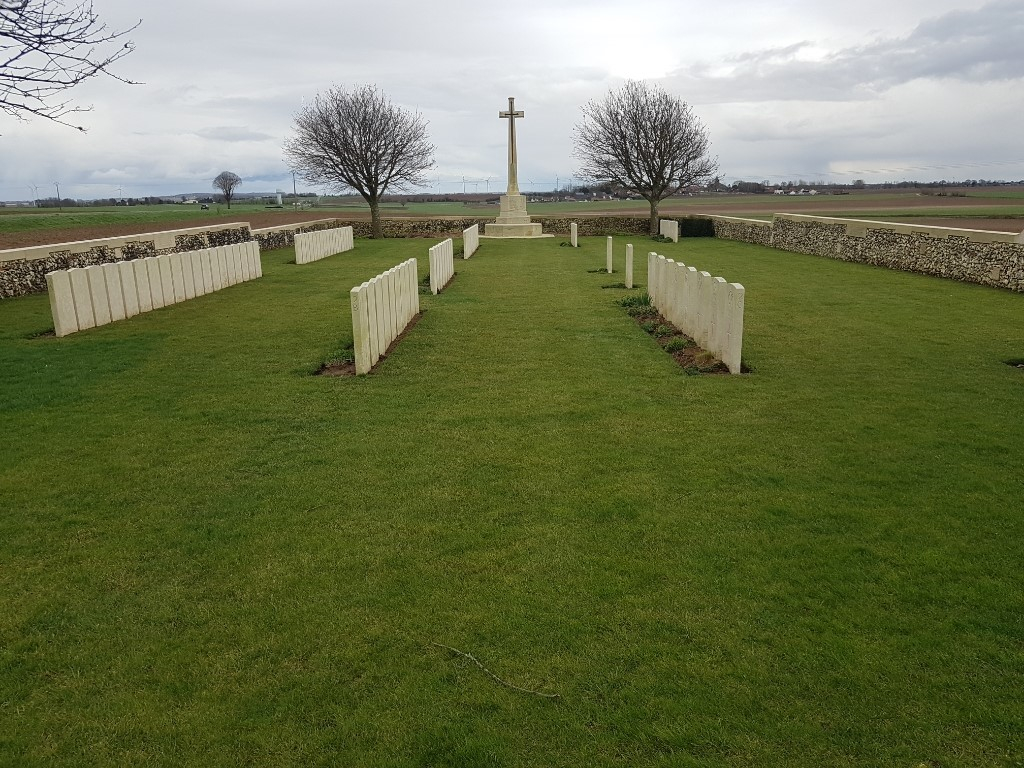 Beaumetz-les-Cambrai is a village just south of the main road from Bapaume to Cambrai, about 10 Kms north-east of Bapaume and 15 Kms south-west of Cambrai. From Bapaume take the N30 in the direction of Cambrai. Continue for 10.3 kilometres when Beaumetz-les-Cambrai Military Cemetery No.1 will be clearly seen from the main road on the right hand side.

The village of Beaumetz-les-Cambrai was captured by the enemy on the 22nd March, 1918, after an obstinate defence by the 51st (Highland) and 25th Divisions, and retaken in the middle of the following September.

Beaumetz-les-Cambrai Military Cemetery No.1 was made by the enemy after the fighting of March, 1918, and known to them as No.9 Military Cemetery; after the Armistice the graves of 307 German soldiers were removed to other cemeteries, and 33 of the British graves were regrouped.

There are now over 250, 1914-18 war casualties commemorated in this site. Of these, three-quarters are unidentified; they belonged largely to the 51st Division, but partly also to the 25th, 6th, and 19th. It is composed mainly of collective graves.

The Cemetery covers an area of 819 square metres and is enclosed by a low flint wall.