Please be aware that during rainy periods, this cemetery can be inaccessible to visitors due to flooding. 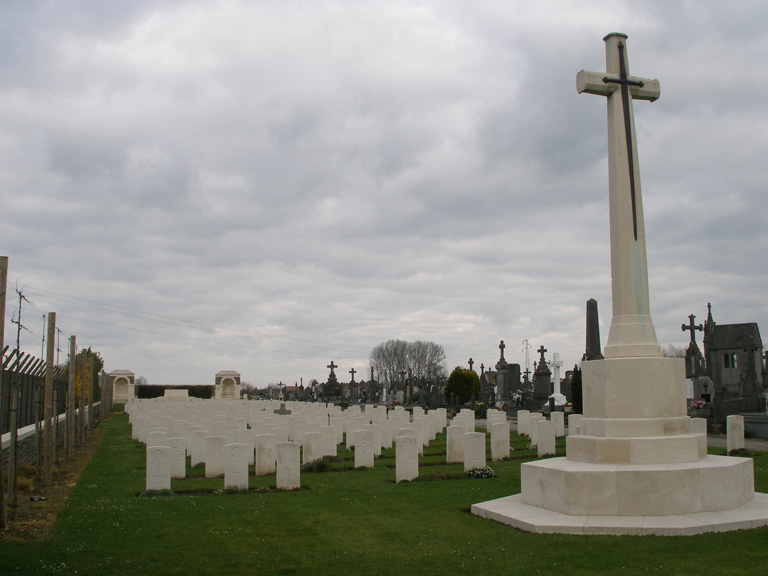 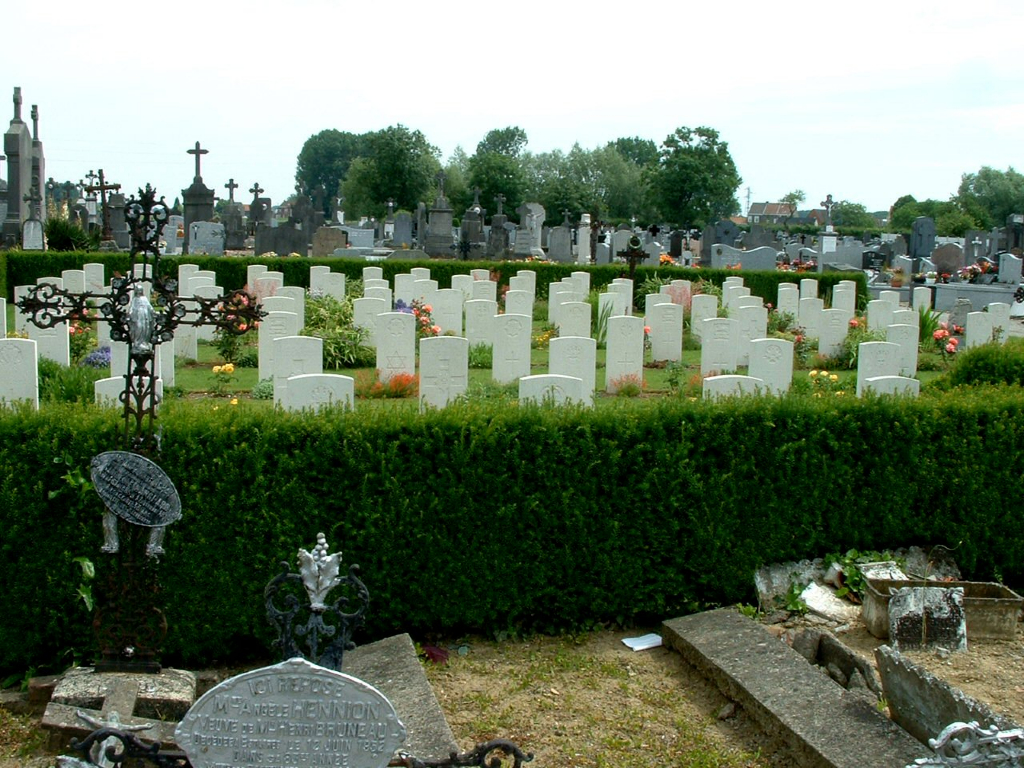 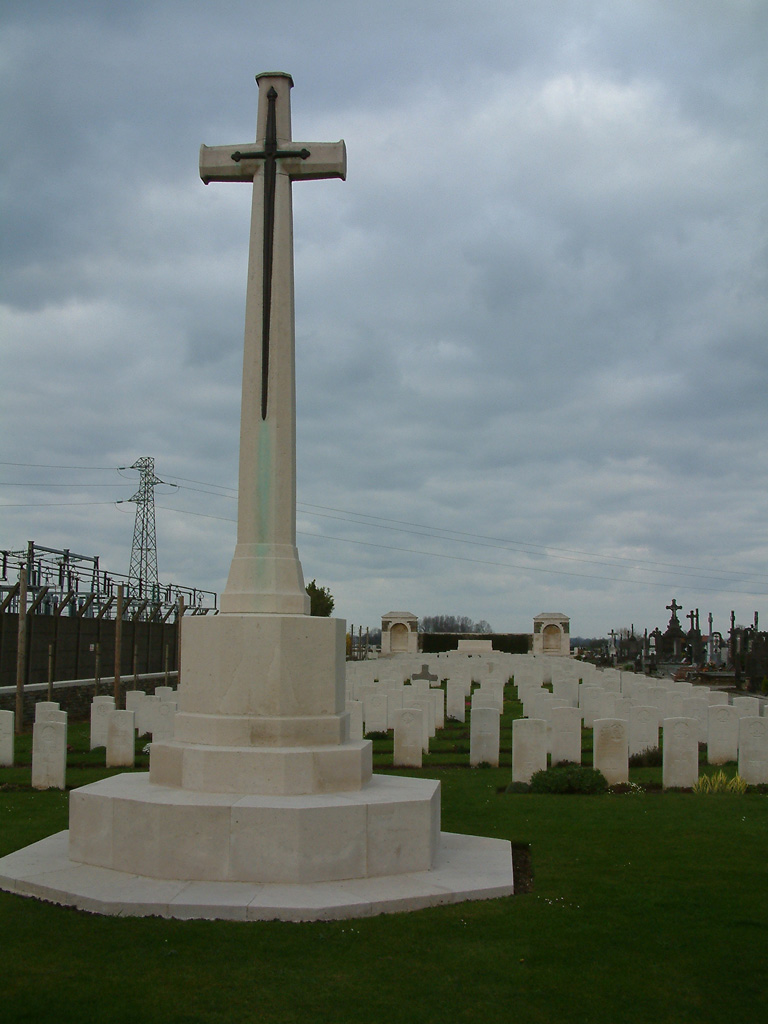 Estaires is a town and commune in the Department of the Nord, about 11 kilometres west of Armentieres. The Cemetery is on the eastern outskirts of the town and on the east side of the road to Bailleul. Leave the church and head north-east on the Avenue Kennedy. Take the second road on the left after 400 metres onto Rue de l'Egalite, which leads to the cemetery on the right hand side of the road. The Extension is on the far left hand side of the Communal Cemetery.

Estaires town was occupied by French cavalry on the 15 October 1914, and passed at once into British hands. On the 10 April 1918 it was captured by the enemy, after an obstinate defence by the 50th (Northumbrian) Division; and it was finally retaken by British troops at the beginning of September 1918.

The town was a Field Ambulance centre as early as November 1914, and later the 1st Australian Casualty Clearing Station was posted in it. It was later "adopted" by the County Borough of Plymouth.

The Portuguese graves of June-August 1917 and two French graves were removed after the Armistice. A German Plot of 63 graves, made on the North side during the enemy occupation in 1918, has been removed.

The five Plots cover an area of 3,336 square metres.