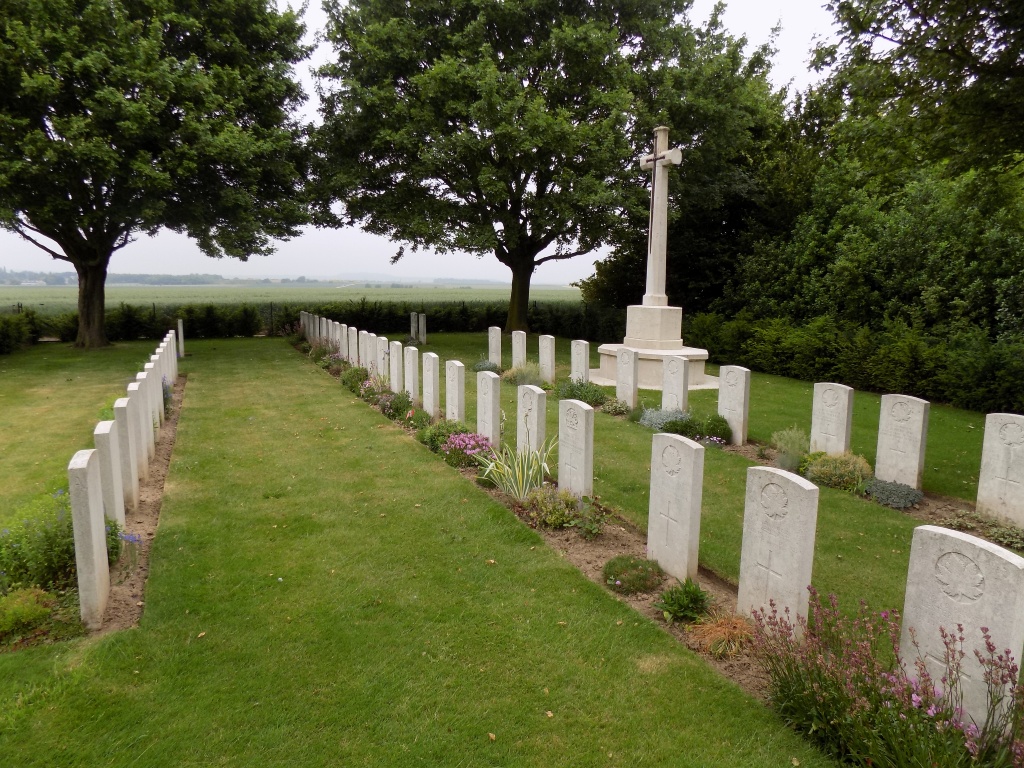 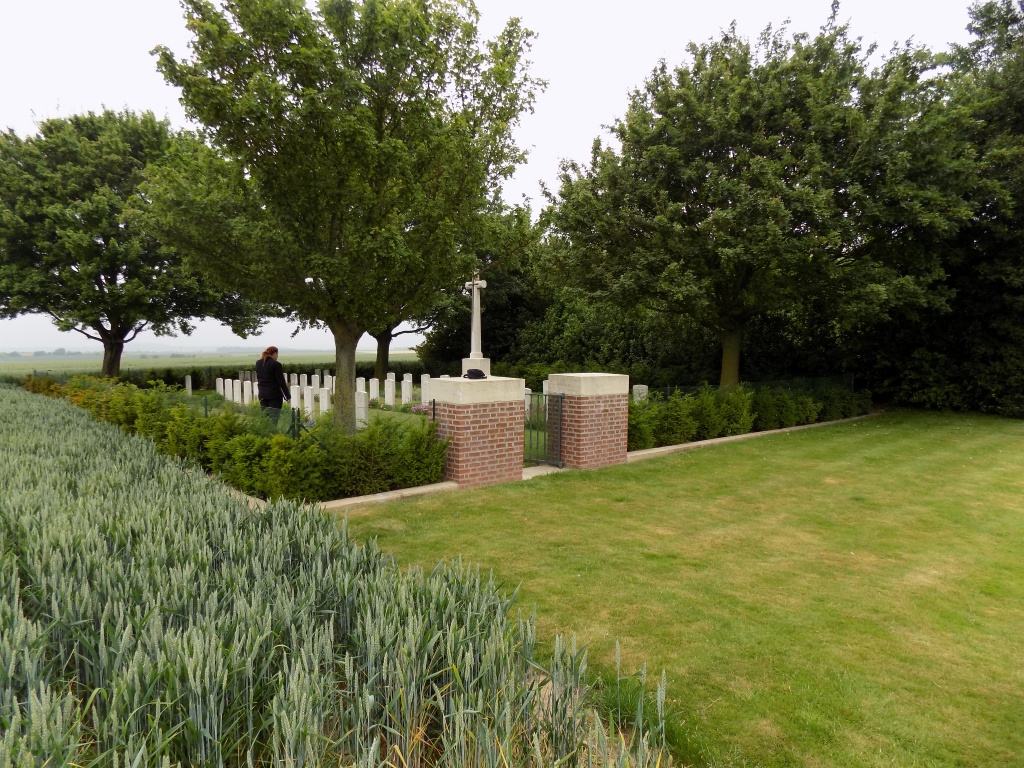 Willerval is a village in the Department of the Pas-de-Calais, 10 kilometres north-east of Arras. Beehive Cemetery is 1 kilometre north of the village and 600 metres by the footpath from the west side of the D50E road to Mericourt in a place called Lorgette.

The cemetery owes its name to a German machine gun emplacement known to the British troops as "The Beehive". It was made by fighting units after the occupation of Willerval in the Battles of Arras, 1917, and it was used as an advance cemetery until the following September; one grave was added in March, 1918. There are now nearly 50, 1914-18 war casualties commemorated in this site. Of these, a small number are unidentified and one, which cannot now be found, is represented by a special memorial. The cemetery covers an area of 360 square metres and is enclosed by a concrete curb.