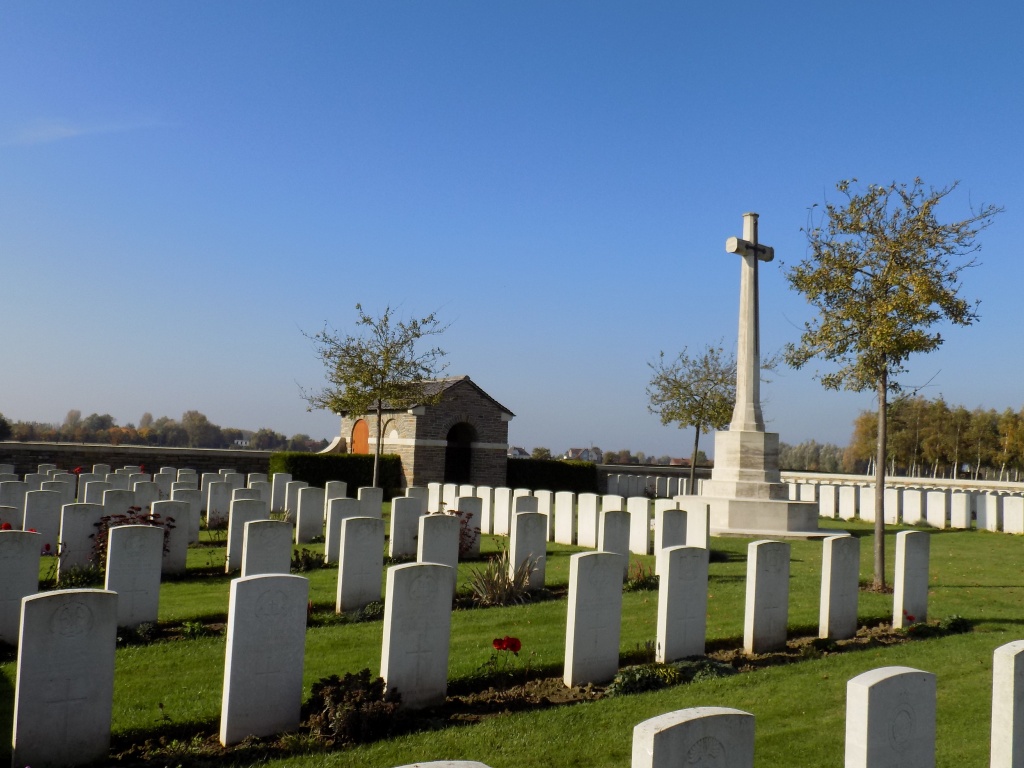 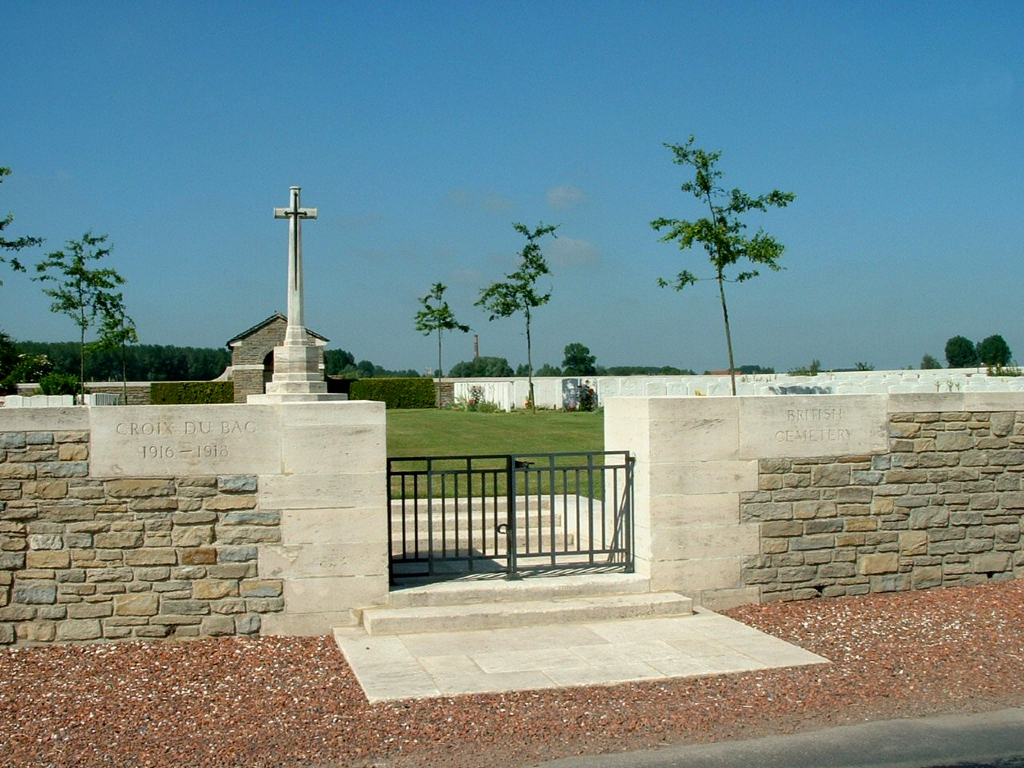 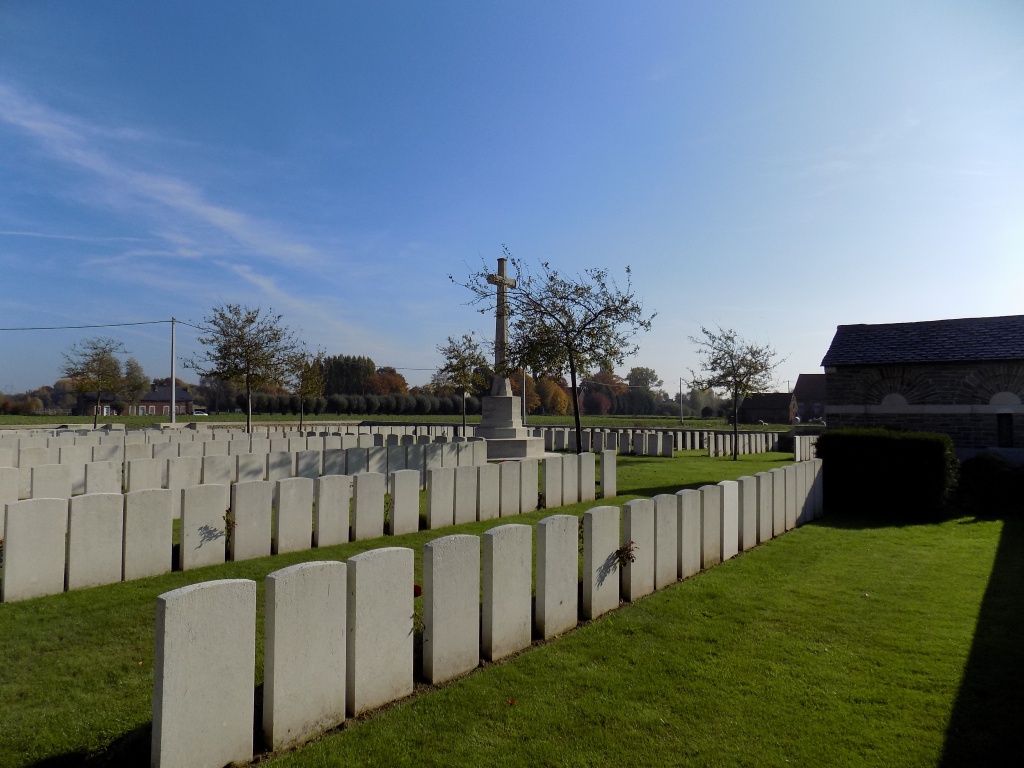 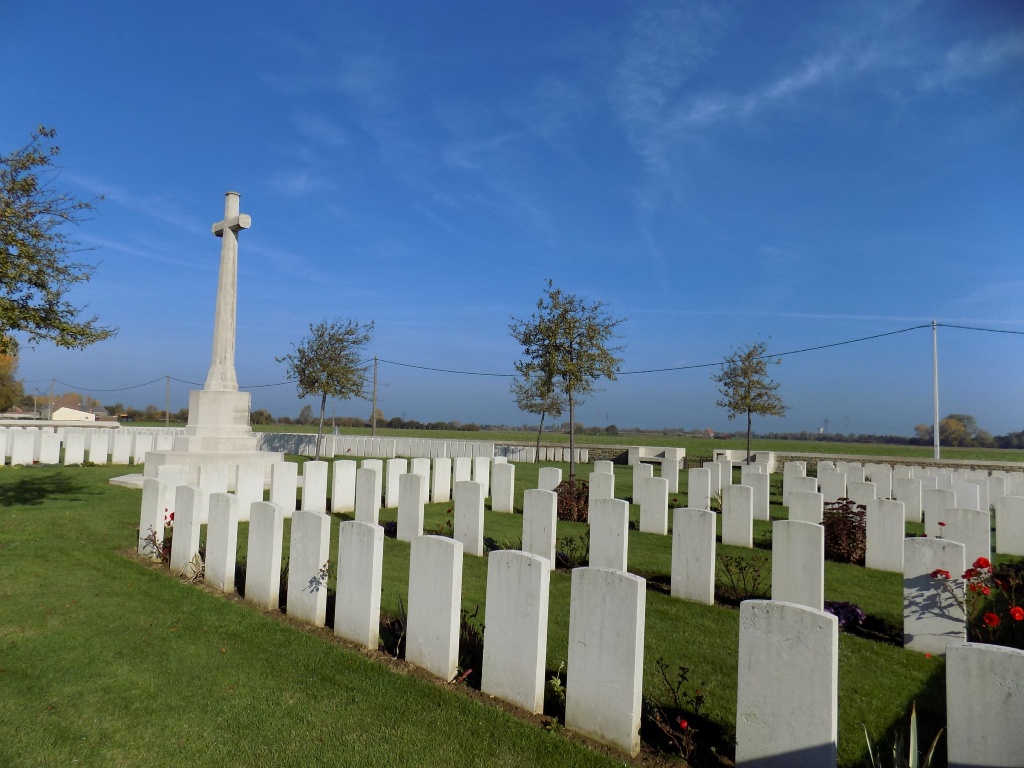 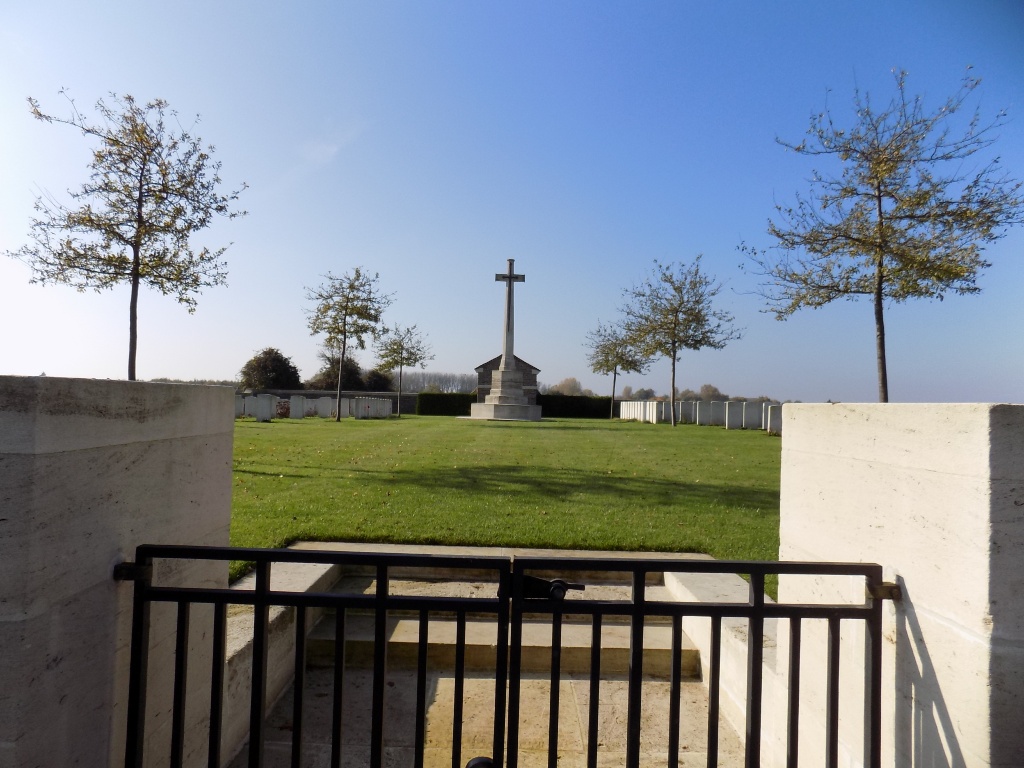 The cemetery was begun in July 1916 and used by field ambulances and fighting units until March 1918. On 10 April 1918, Croix-du-Bac was in German hands but was retaken by the 23rd Lancashire Fusiliers on 2 September, and a few further burials were made in the cemetery in October. After the Armistice, Plot I was completed, and Plots III and IV formed, by the concentration of 328 British graves from the battlefields and from the German Plot (II); the German graves were removed to other cemeteries, as well as one Portuguese grave. There are now 554 Commonwealth casualties of the First World War buried or commemorated in the cemetery. 263 of the graves are unidentified, but special memorials commemorate 140 casualties known to be buried among them. The cemetery also contains two French war graves. The cemetery was designed by Sir Herbert Baker.