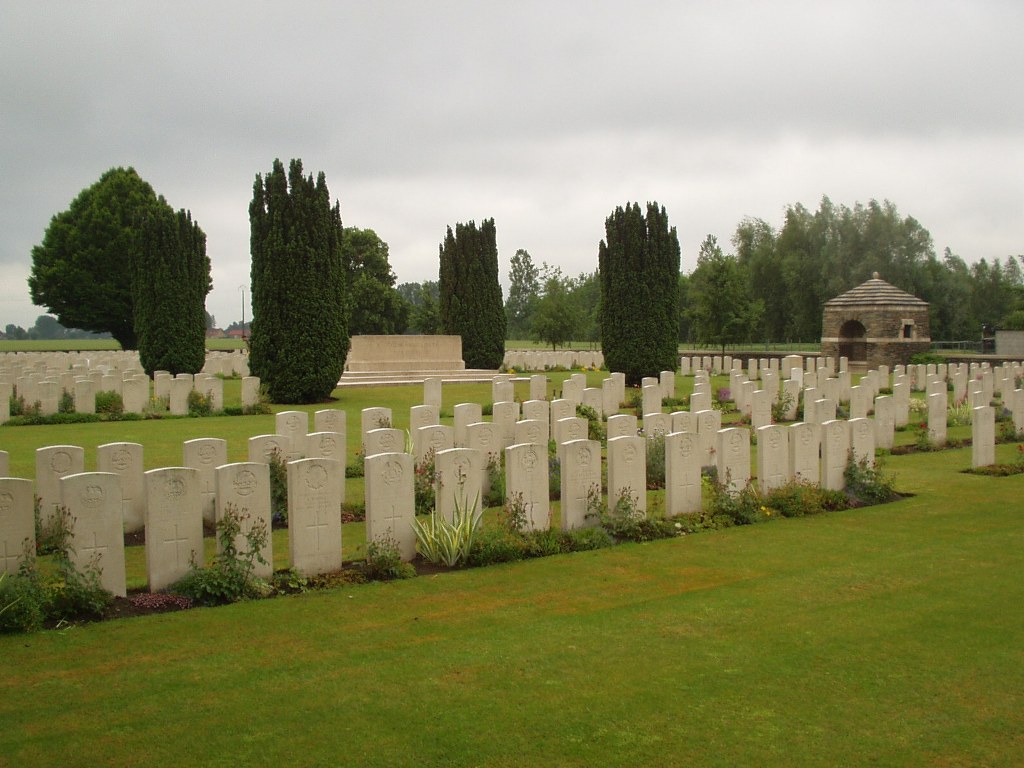 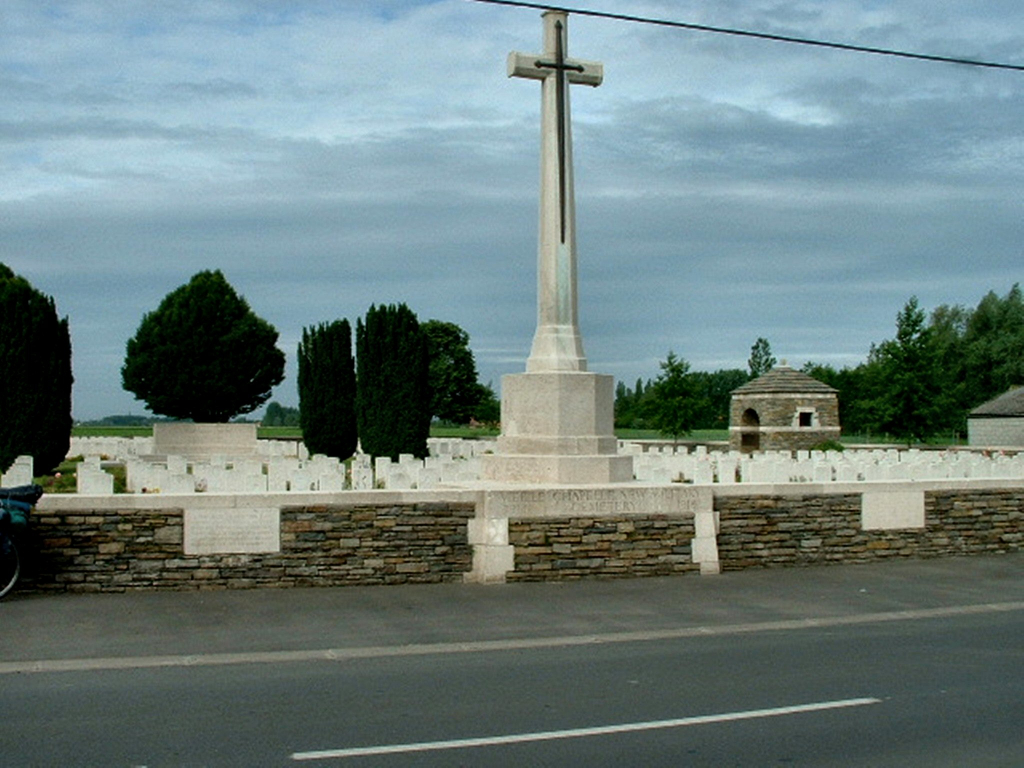 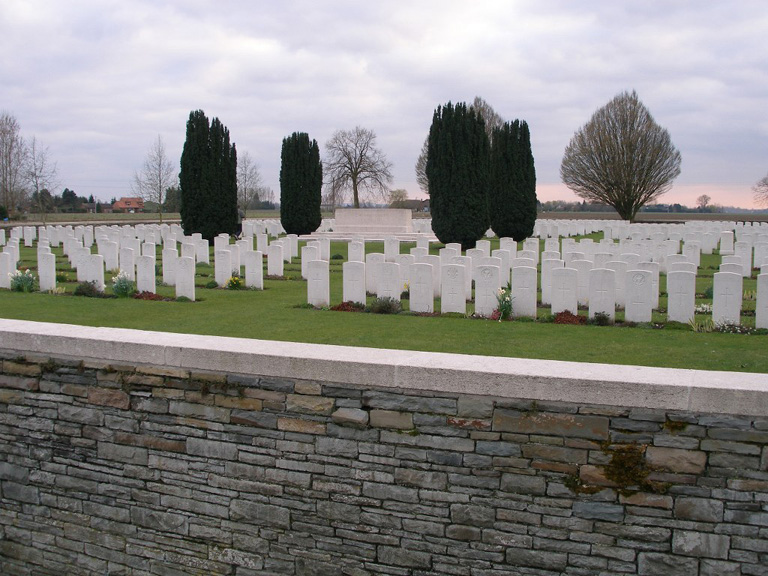 The Old Military Cemetery (now removed) was closed in November 1915, as being too near the school; and the New Military Cemetery was begun in that month and used by fighting units and Field Ambulances until March 1918. The village and the cemetery fell into German hands in the following month, in the Battles of the Lys; but in September 1918, on the German retirement, some further burials took place. These original graves are in Plot I and Plot IV, Rows A and B.

The remainder of the cemetery was made after the Armistice, by the concentration of British, Indian and Portuguese graves from the neighbouring battlefields and from other cemeteries; but the Portuguese graves were removed to Richebourg-L'Avoue Portuguese National Cemetery in 1925, and three German prisoners graves have also been removed.

The following were among the burial grounds from which graves were taken to this cemetery:-

BOUT-DE-VILLE GERMAN CEMETERY, RICHEBOURG-ST. VAAST, 19 kilometres North-East of Vieille-Chapelle, where five soldiers from the United Kingdom were buried by the enemy in April 1918 and 28 by their comrades in September and October 1918.

KING'S LIVERPOOL GRAVEYARD, CUINCHY, situated among houses on the West side of the Festubert-Cambrin road, opposite Givenchy. It contained the graves of 170 soldiers from the United Kingdom and one from Canada, almost all of whom fell in 1915 or 1918; it was begun by the 1st King's in February 1915, and used by the 55th Division in April 1918.

LOCON OLD MILITARY CEMETERY, 228 metres East of the village, used in June 1915 and containing the graves of ten soldiers from the United Kingdom.

LOCON NEW MILITARY CEMETERY, begun by the 38th (Welch) Division in September 1915 and used in 1916 and 1918; it contained the graves of 30 soldiers from the United Kingdom, and it was 365 metres West of the village on the road to Merville.

RICHEBOURG-ST. VAAST CHURCHYARD, where four soldiers from the United Kingdom were buried in 1915.

ROUGE-CROIX, RICHEBOURG-ST. VAAST, a hamlet at the crossing of the Rue-du-Bacquerot and the Estaires-La Bassee road. Here were buried 24 men of the 2nd East Lancs, who fell on the 14th March 1915, and two unknown gunners.

ROYAL BERKS CEMETERY, CUINCHY, 182 metres South-West of Cuinchy Church. Here were buried, in 1915, 53 soldiers from the United Kingdom, of whom 34 belonged to the 1st Royal Berks, and one German prisoner in 1917.

There are now nearly 1,000, 1914-18 war casualties commemorated in this site. Almost all fell in 1914, 1915 or 1918, and most of those who fell in 1918 belonged to the 55th (West Lancashire) Division. Of these, over one-third are unidentified and special memorials are erected to five soldiers from the United Kingdom, believed to be buried among them. Other special memorials record the names of nine soldiers from the United Kingdom, buried in other cemeteries, whose graves were destroyed by shell fire.

The cemetery covers an area of 4,111 square metres and is enclosed by a stone rubble wall.

The village was later "adopted" by the Metropolitan Borough of Paddington. The Communal Cemetery contains a memorial to the 1st King Edward's Horse, who defended the village in April 1918.