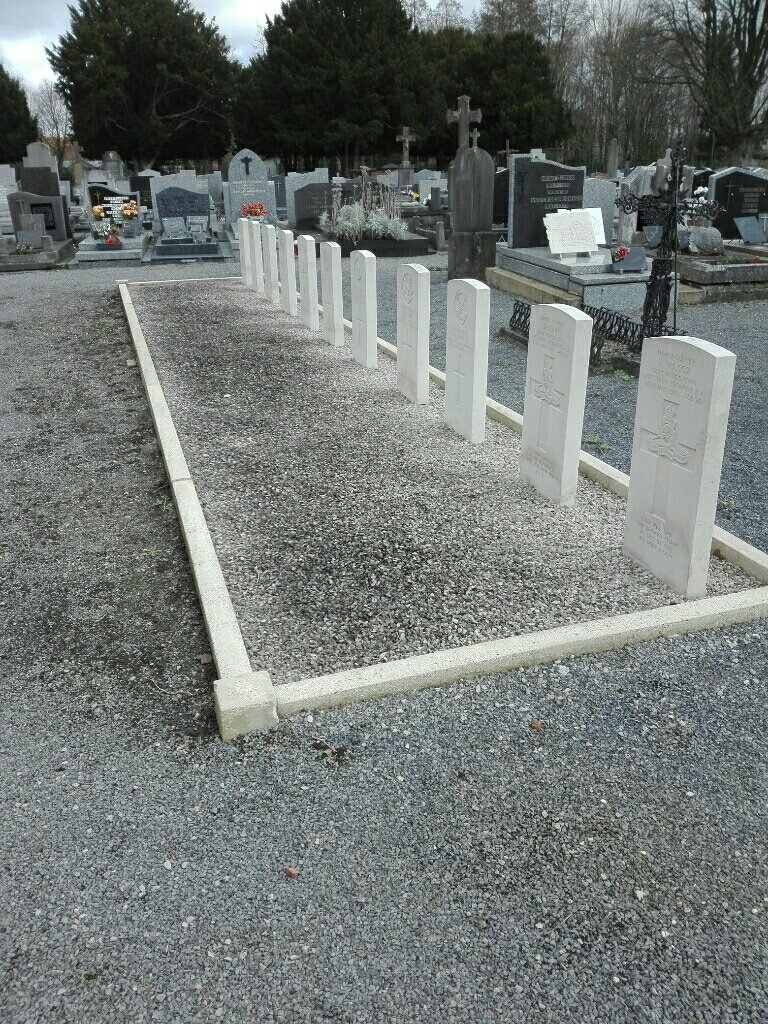 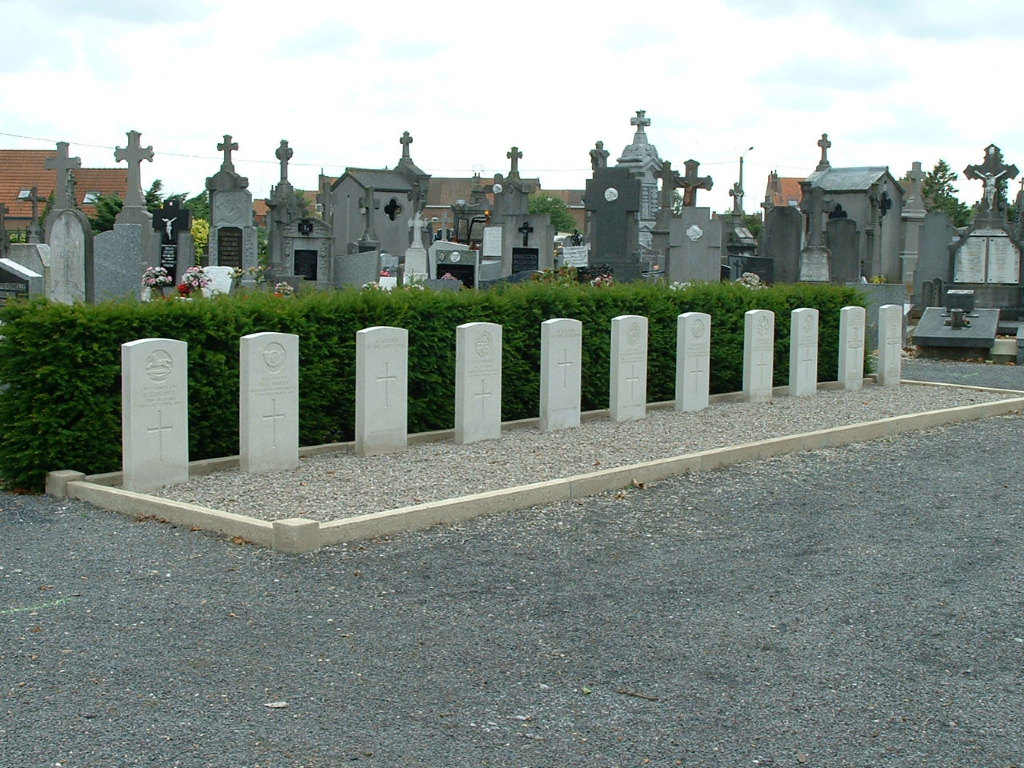 Quesnoy is a town in the departement Nord, 15 kilometres north of Lille. Leaving the church in Quesnoy, heading north, turn right at the first set of traffic lights. 200 metres after passing the Marie, on the left hand side, turn right onto the D36. Quesnoy sur Deule Communal Cemetery will be found on the right hand side. The Commonwealth War Graves plot is situated in the centre of the cemetery.