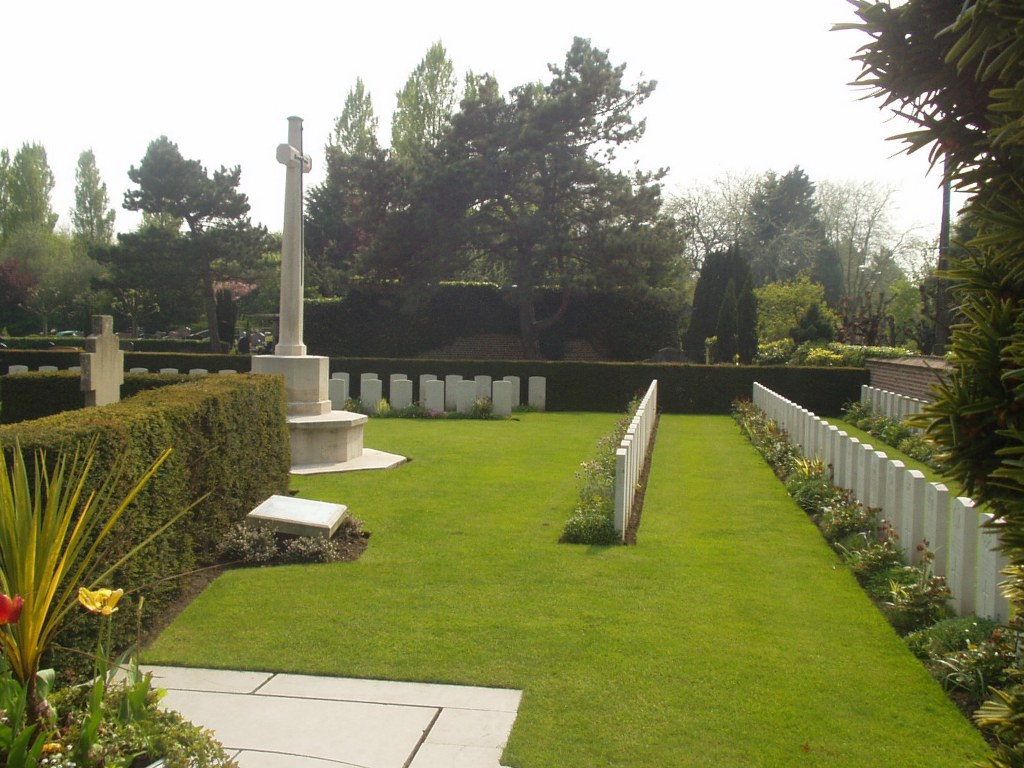 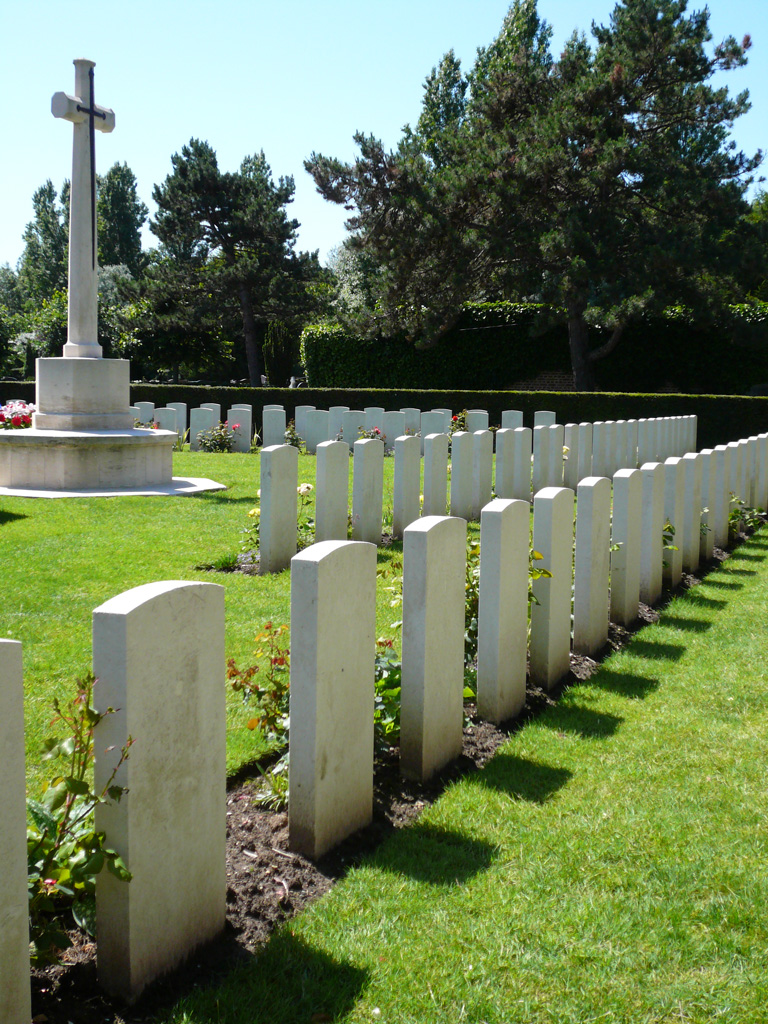 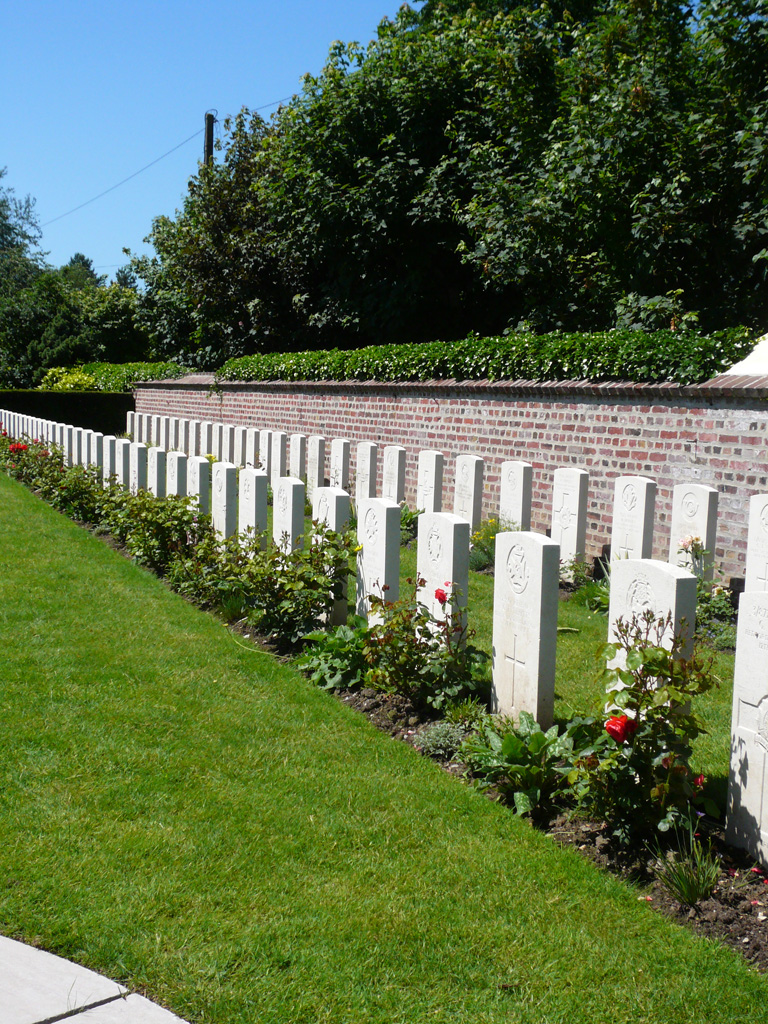 Le Touquet is about 5 kilometres east of Etaples. From Etaples take the D39 to Le Touquet. Turn right following the signs for the Hippodrome and airport. 400 metres after the junction on the D39 take the right fork onto the Avenue du Gulf, after 600 metres turn left onto Avenue de Picardie. Continue for another 1.3 kilometres crossing 2 mini roundabouts and turn right onto Avenue du 18 Juin. The Communal Cemetery is 200 metres further along on the right hand side. The Commonwealth plot is near the entrance.

The Duchess of Westminister's Hospital (No.1 B.R.C.S) was at Le Touquet from October, 1914, to July, 1918, and the British graves in the Communal Cemetery were made from that hospital. The Communal Cemetery contains a number of French and Italian military graves, and two British Plots in the corner. A wooden obelisk in memory of the British dead was erected in the cemetery by the Lifeboat men of the commune. There are now 142 Commonwealth burials of the 1914-1918 war here. All of whom died in the period November, 1914, to April, 1916. The British Plots cover an area of 495 square metres.