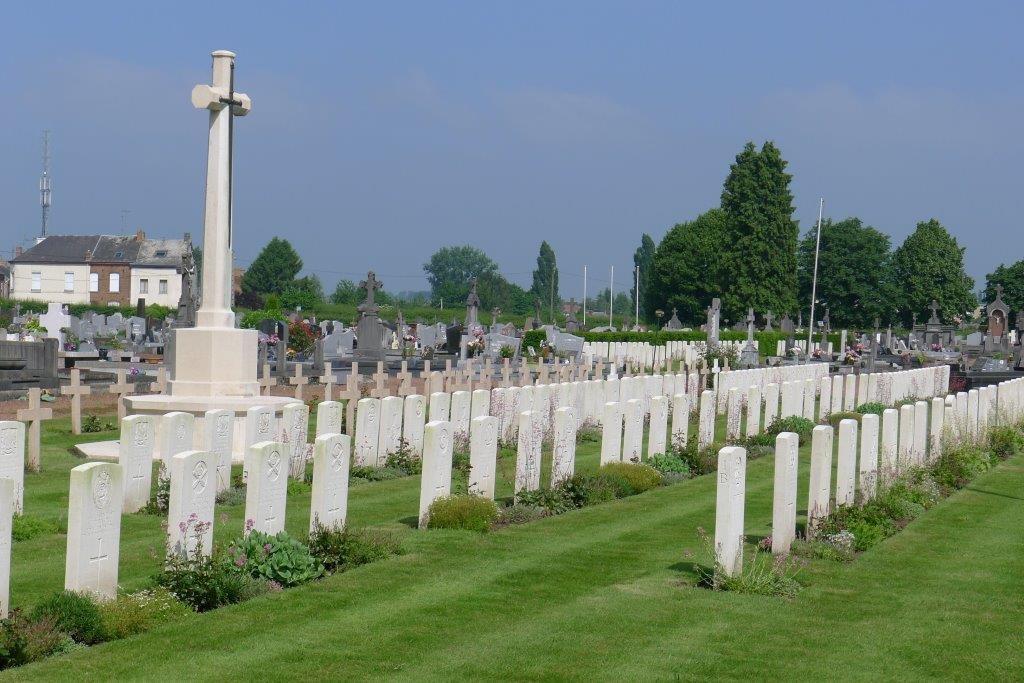 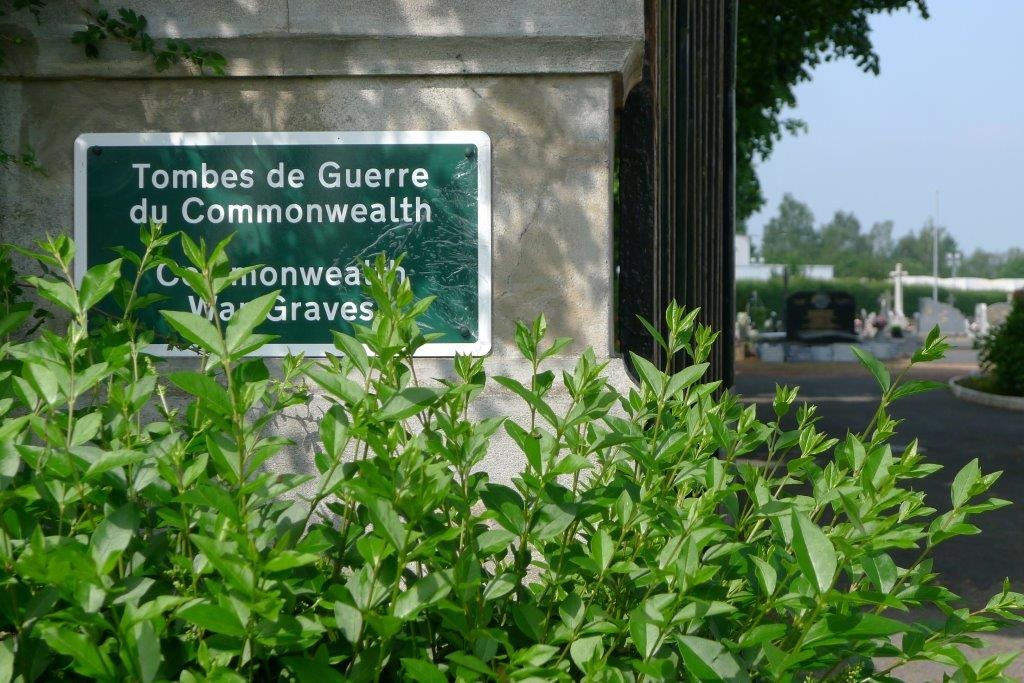 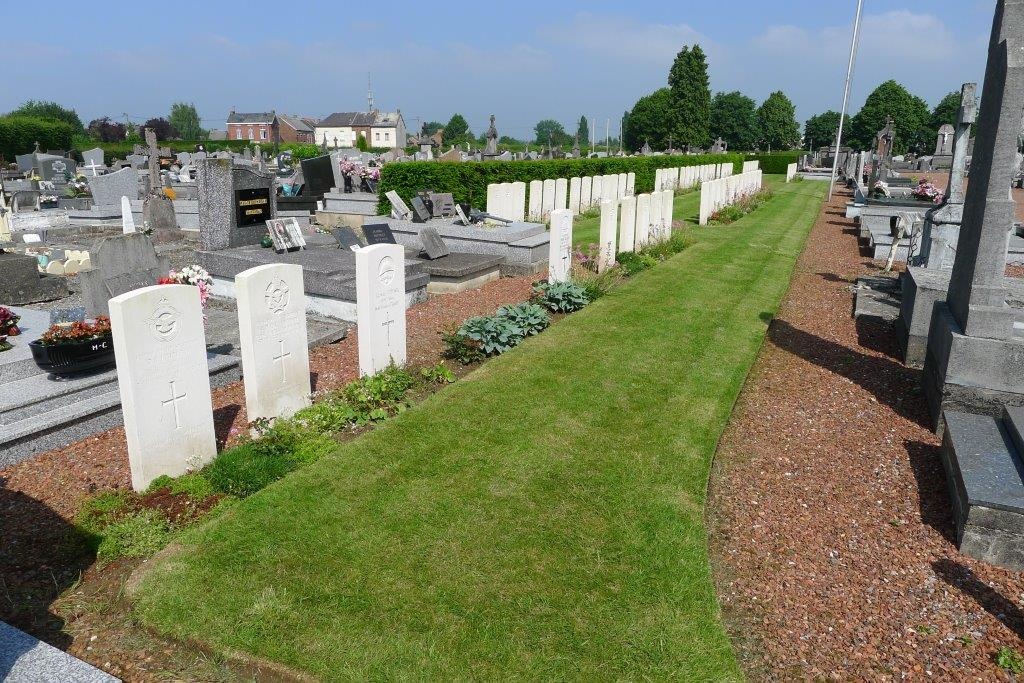 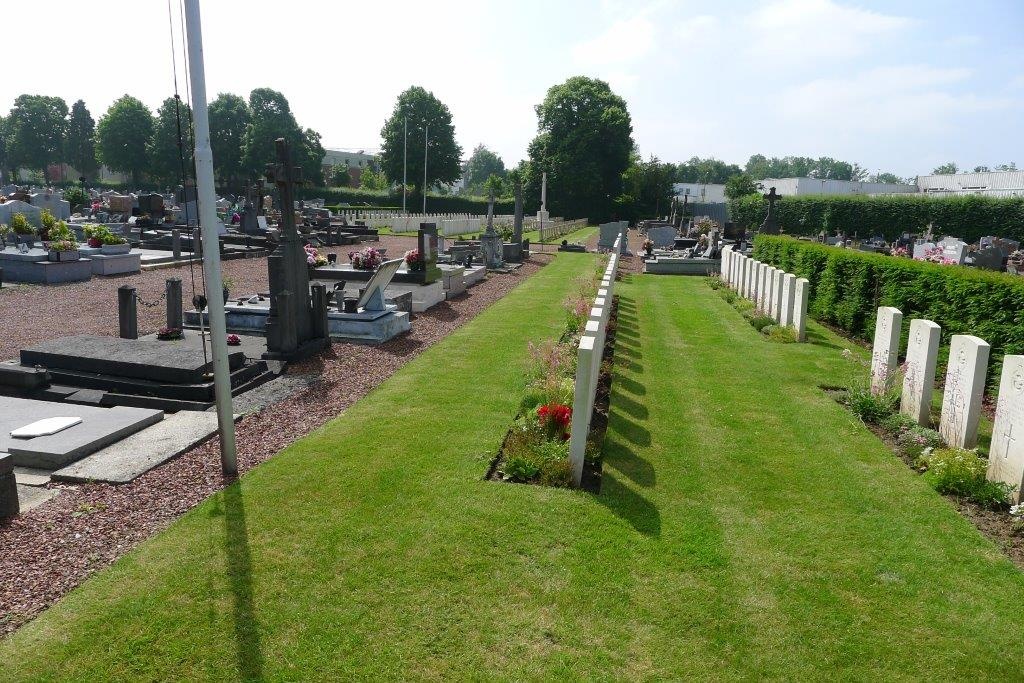 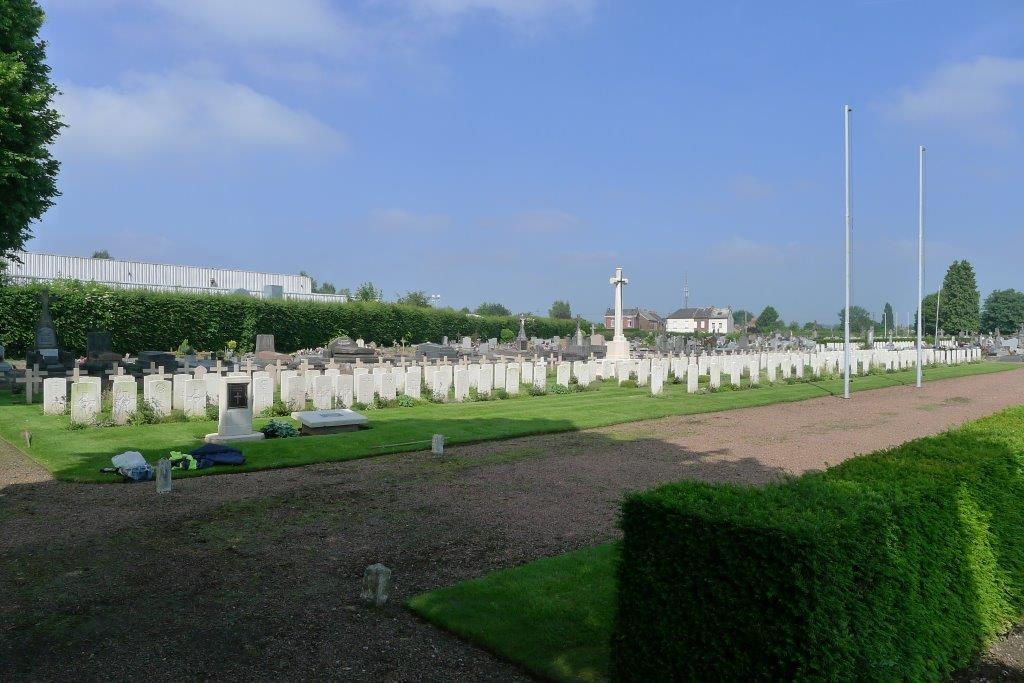 Maubeuge is a large town in the department of the Nord. Maubeuge-Centre Cemetery stands inside the Communal Cemetery of Maubeuge on the route de Mons (N2).

Maubeuge possessed a French military aerodrome, and it was H.Q., R.F.C., from the 16th to the 23rd August 1914. It was captured by the Germans on the 7th September, 1914, and it remained in their hands until it was entered by the 3rd Grenadier Guards in the early morning of the 9th November, 1918. The 5th, 47th Casualty Clearing Stations were posted in the town for different periods between the end of November 1918, and the middle of May 1919. The "Cimetiere Communal du Centre" one of the town cemeteries, was used by the Germans; it contained at Armistice the graves of German soldiers and British, French, American, Russian, Italian and Rumanian prisoners. These have been to a great extent regrouped, removed, or increased in number by concentrations from other burial grounds; and the British and other war graves are now mainly in the South part. One hundred and five were brought in after the Armistice from the battlefields West of Maubeuge and from:- PETIT-BAVAY BRITISH CEMETERY, PONT-SUR-SAMBRE, which was a little East of the Forest of Mormal. It contained the graves of 29 soldiers from the United Kingdom, all belonging to the 1st/5th East Lancs or the 1st/10th Manchesters, who fell on the 6th and 7th November, 1918. There are now 185 Commonwealth burials of the 1914-1918 war commemorated here, 6 being unidentified. There are a further 65 Commonwealth burials of the 1939-45 war commemorated in this site. From the 1939-45 War, three United Kingdom graves could not be precisely located and are commemorated by special memorials, inscribed "buried near this spot". There are 105 French and 1 Russian burials here. The British plot covers an area of 645 square metres.