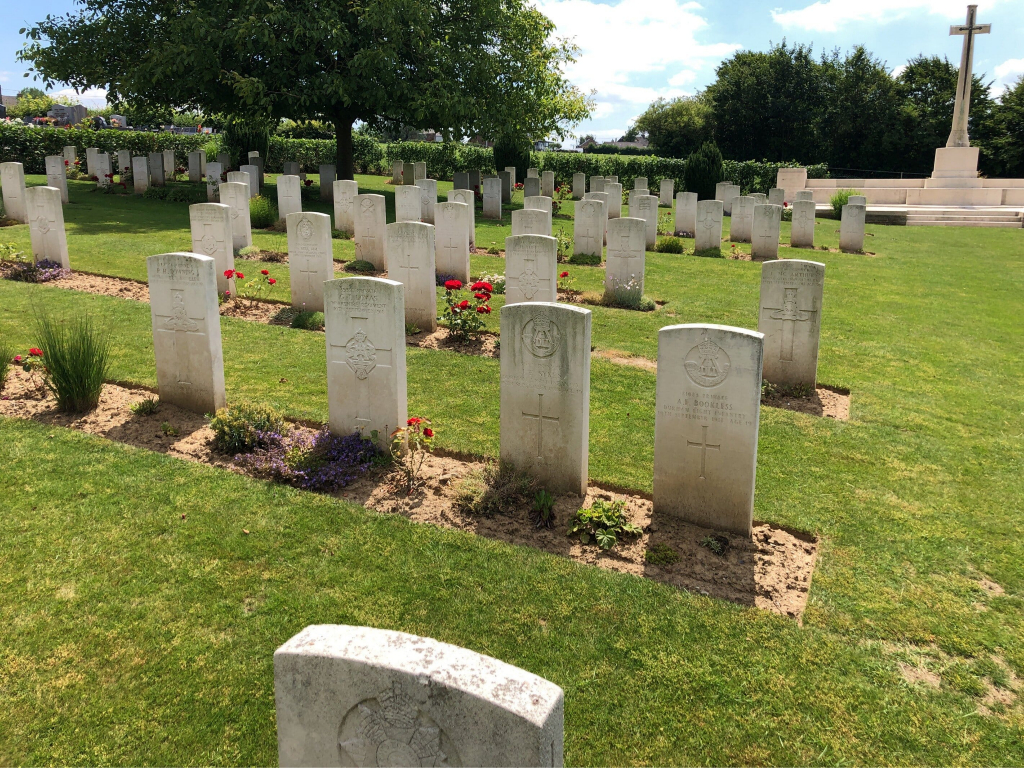 Glageon village was in German occupation during practically the whole of the War. The Communal Cemetery was used for the burial of German soldiers and Allied prisoners from September, 1914, to August, 1918; the Extension was then begun, and was used until the following October. The German, American and Italian and a number of French graves have now been removed from both burial grounds; but the British and Russian graves remain. There are now over 300, 1914-18 war casualties commemorated in this site. Of these, over 10 are unidentified. The Extension covers an area of 2,202 square metres.