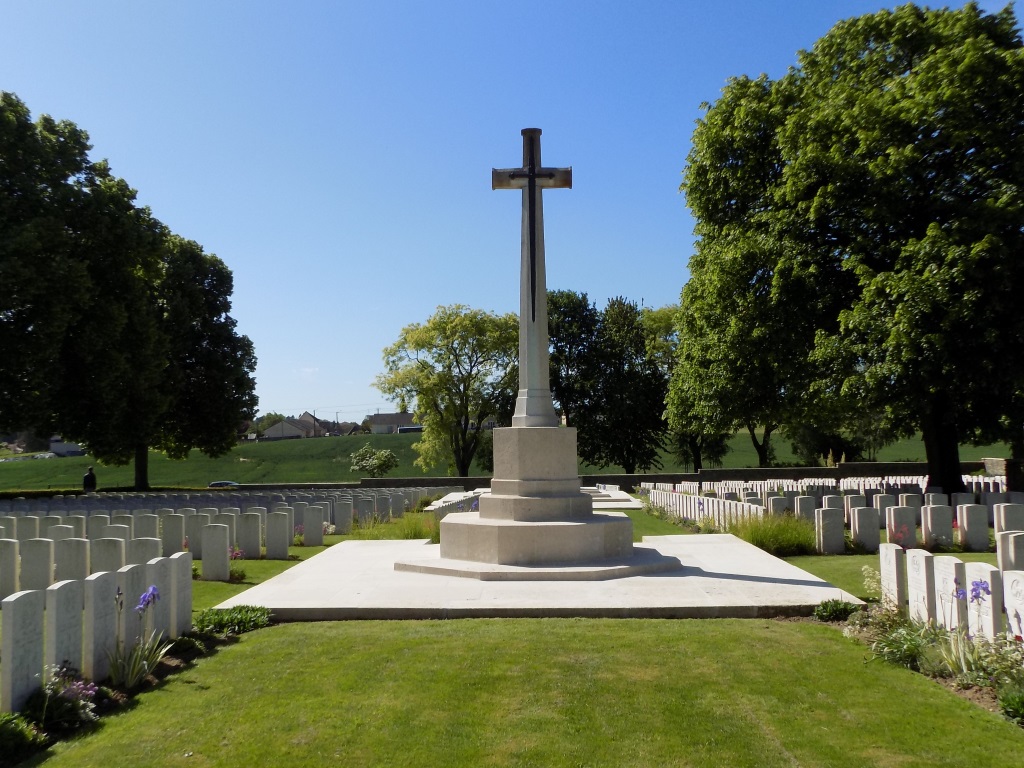 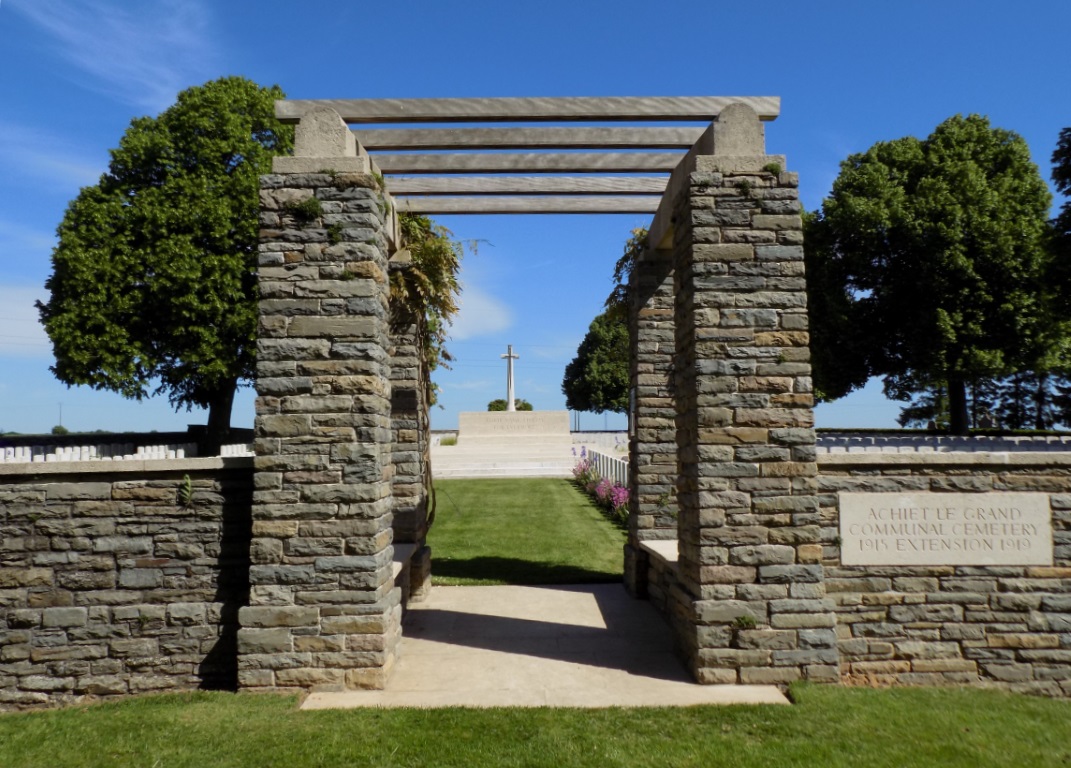 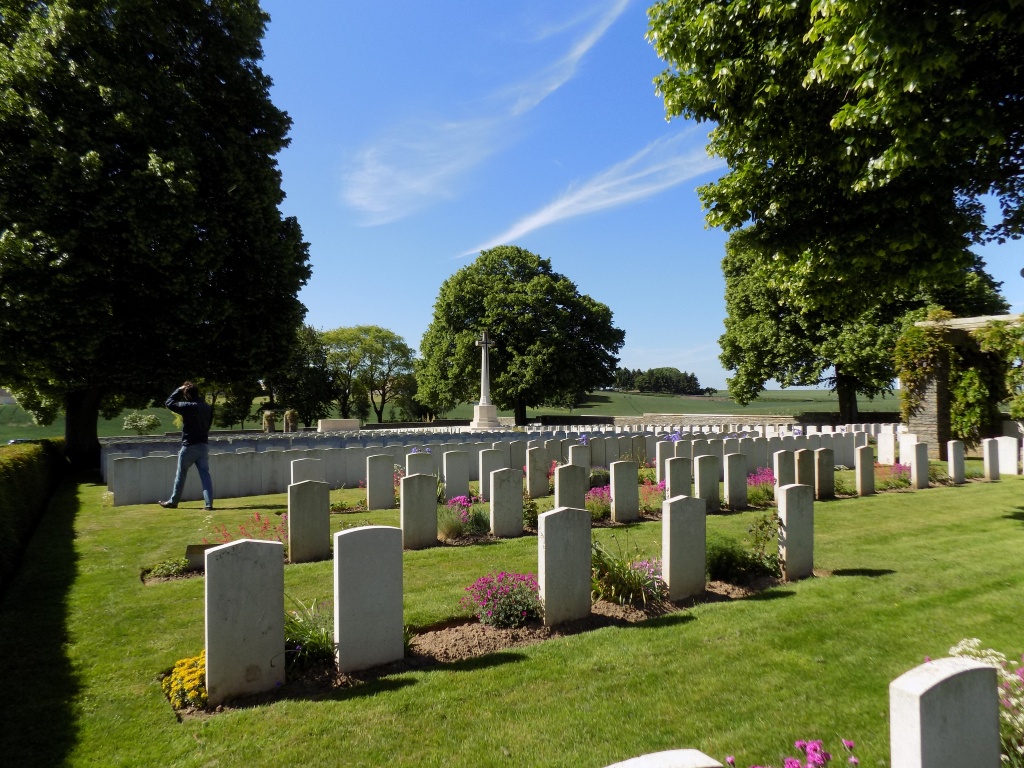 Achiet-le-Grand is a village 19 Kms south of Arras. Take the main road from Arras to Bapaume (N17). At Ervillers turn right onto the D9 towards Achiet. At the first junction in the village a CWGC signpost indicates the way towards the right.