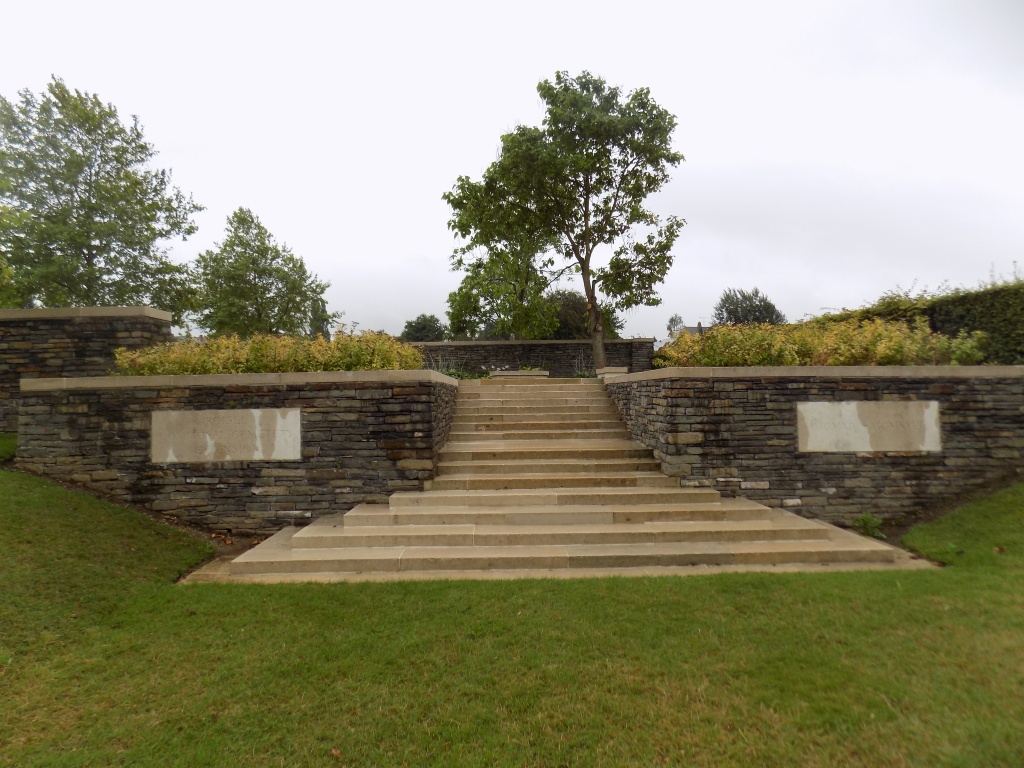 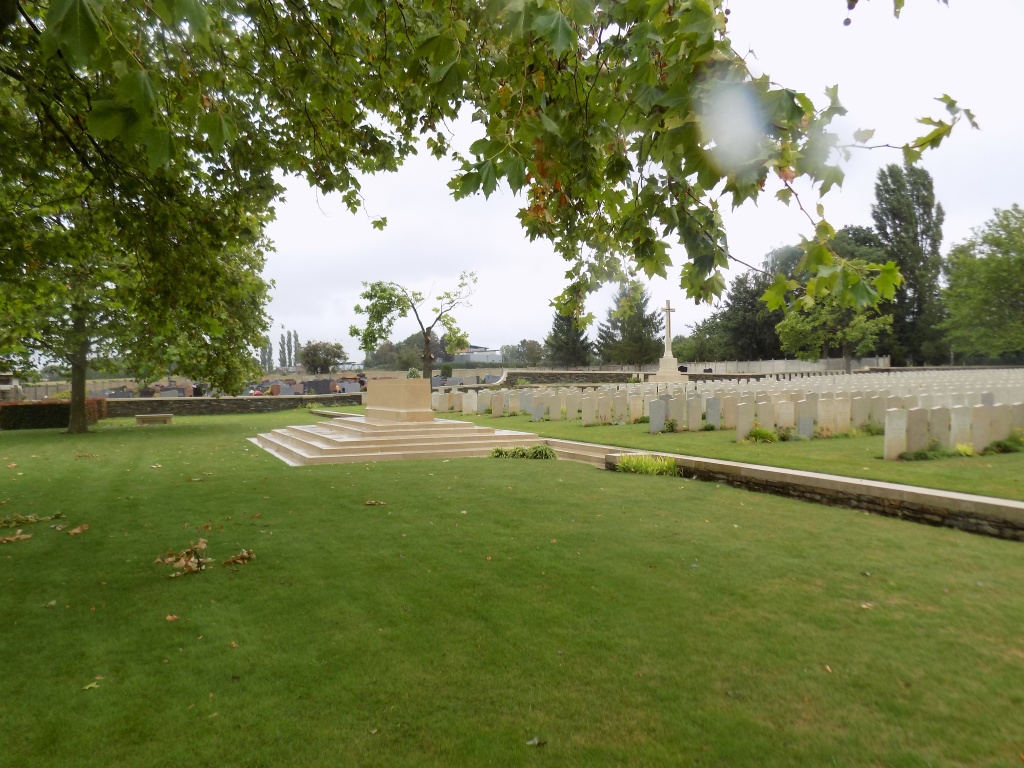 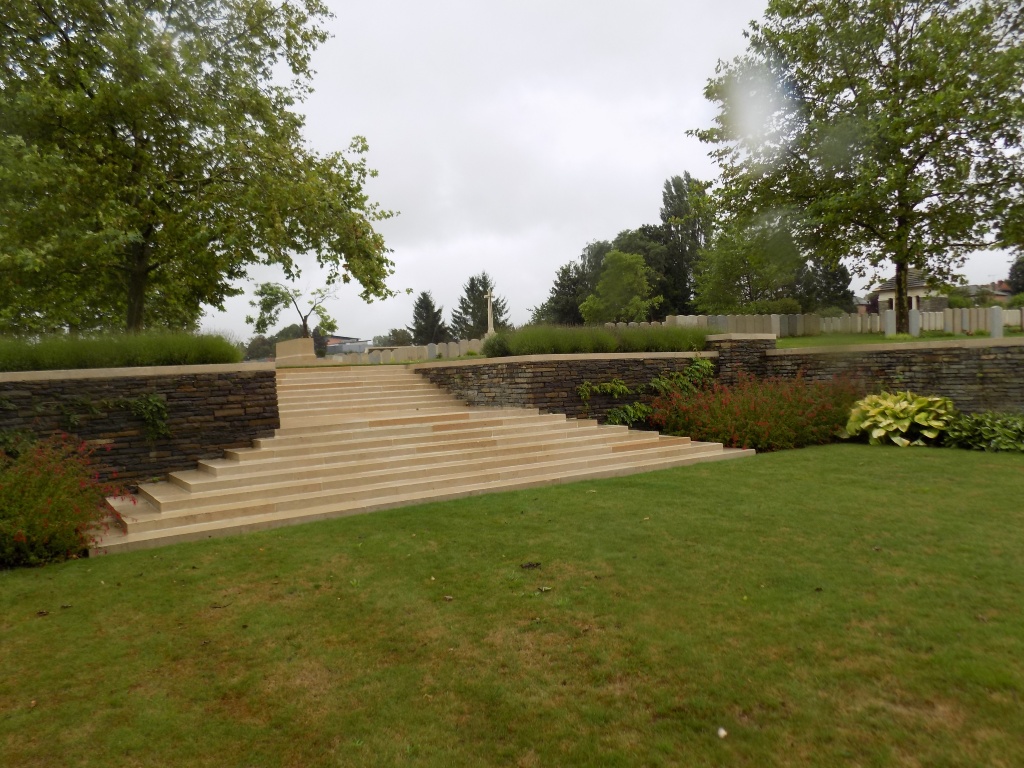 The cemetery is at all times open to the public

Roisel town was occupied by British troops in April 1917, and evacuated after a strong defence by the 66th (East Lancashire) Division in the evening of the 22nd March 1918. It was retaken in the following September.

Roisel Communal Cemetery Extension was begun by German troops, who buried immediately to the North of the Communal Cemetery. It was developed in October and November 1918, by the 41st, 48th, 53rd and 58th Casualty Clearing Stations, and it was completed after the Armistice by the concentration of British and German graves from the country North, East and South of Roisel.

The following were among the burial grounds from which British graves were removed to the Extension:-

HESBECOURT COMMUNAL CEMETERY EXTENSION, in which 35 Australian soldiers and 28 from the United Kingdom were buried by the 59th (North Midland) Division in April 1917, and by Australian units in September and October 1918.

L'ABBAYE GERMAN CEMETERY, VERMAND, between the village of Vermand and the hamlet of Villecholles, which contained the graves of 300 German soldiers and ten from the United Kingdom and one from Canada who fell in April and May 1917.

POEUILLY BRITISH CEMETERY, which was 200 metres South of the village of Poeuilly. It contained the graves of 27 soldiers from the United Kingdom and one from Australia, who fell in September and October 1918.

ROISEL CHURCHYARD, in which one R.F.C officer was buried in August 1916.

VERMAND COMMUNAL CEMETERY GERMAN EXTENSION, in which seven soldiers from the United Kingdom were buried by the enemy in March and April 1918.

There are now 878, 1914-18 war casualties commemorated in this site. Of these, 120 are unidentified and special memorials are erected to 12 soldiers from the United Kingdom and one from Australia who are known or believed to be buried among them. Other special memorials record the names of two soldiers from the United Kingdom, buried in other cemeteries, whose graves could not be found on concentration. The graves of 88 soldiers of the United States Army buried here in October 1918, have been removed to another cemetery. There are also 514, German Foreign Nationals commemorated in this site, 190 being unidentified.

The cemetery covers an area of 6,010 square metres and is enclosed by a rubble wall on three sides.