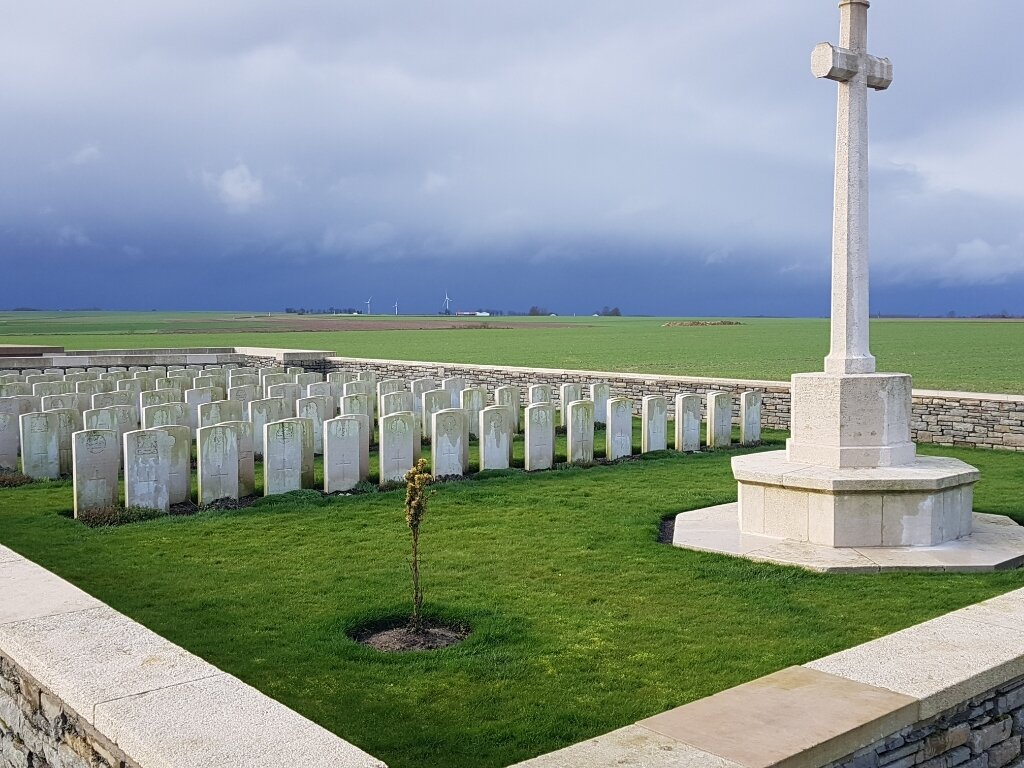 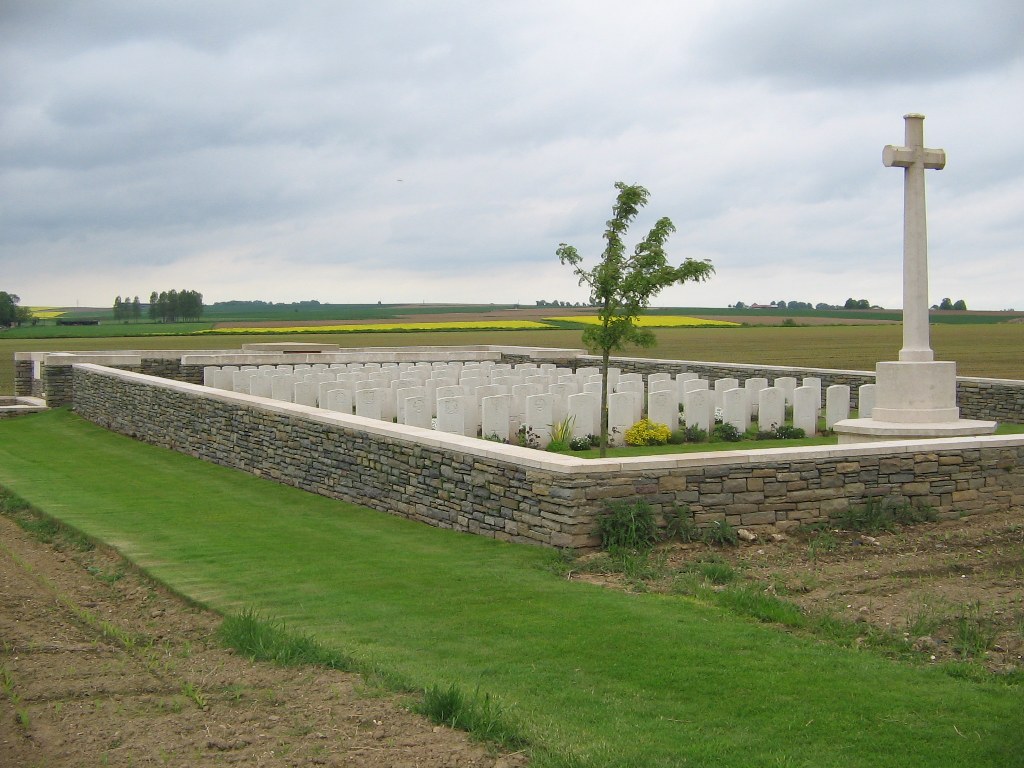 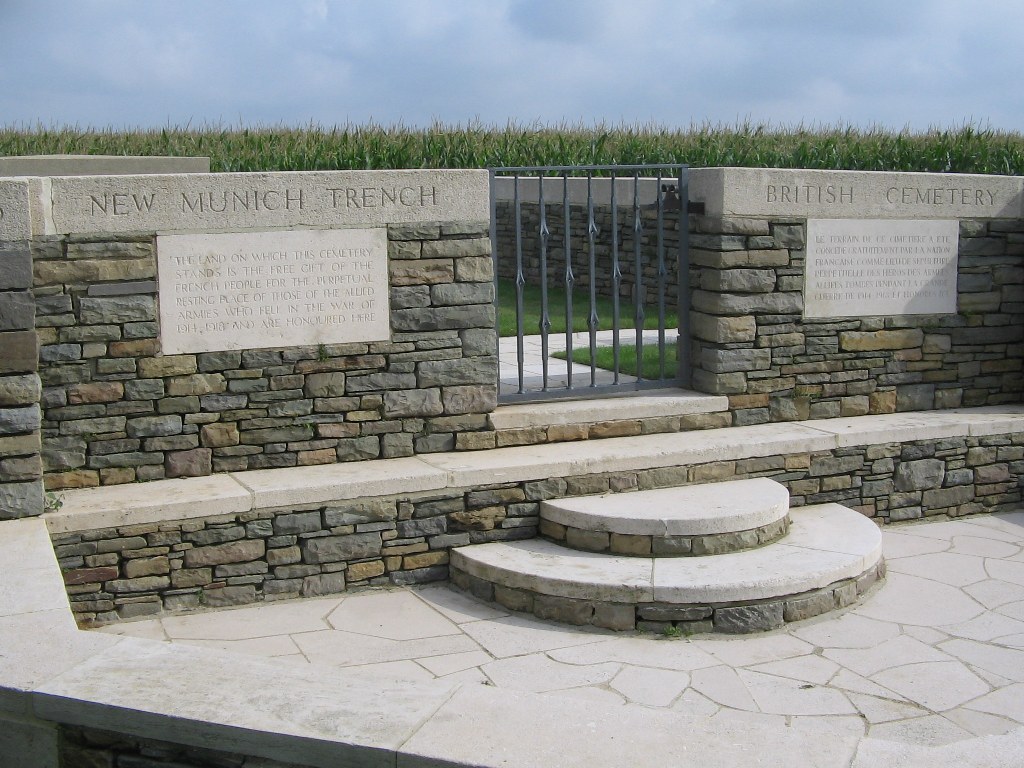 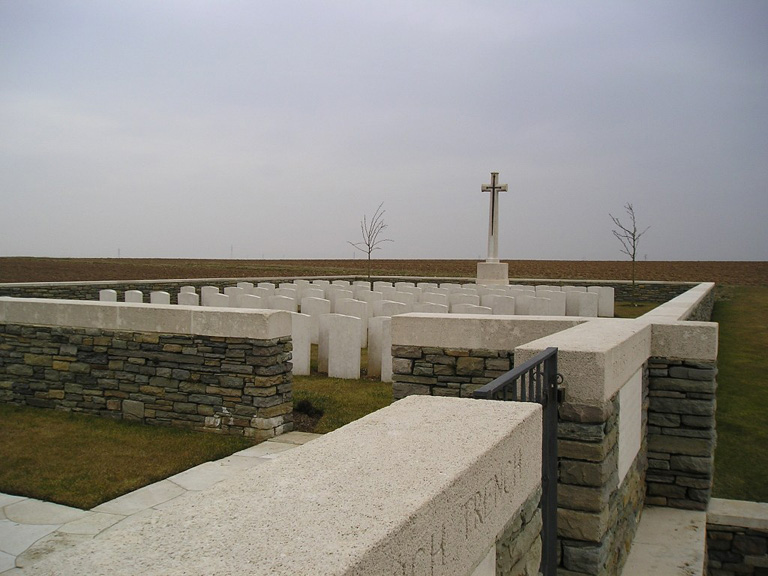 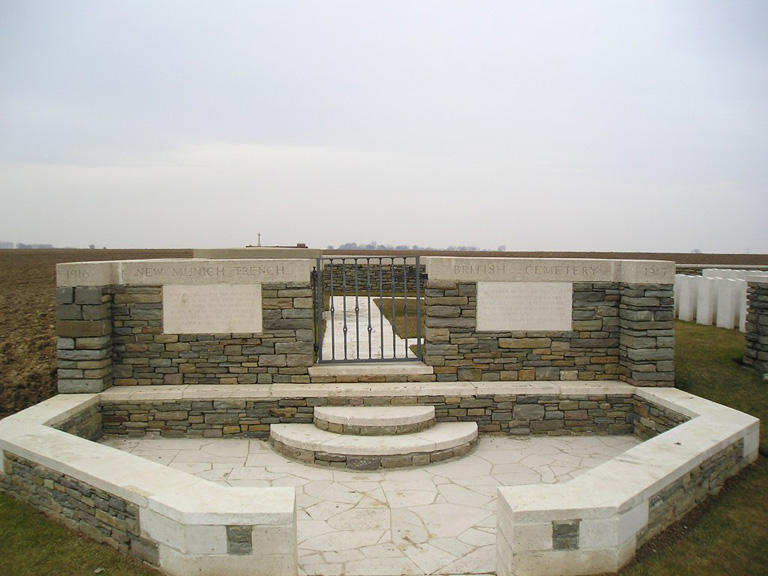 Beaumont-Hamel is a village about 24 kilometres south-west of Arras. Using the D919 from Arras to Amien you will drive through the villages of Bucquoy, Puisieux and Serre-les-Puisieux. On leaving Serre-les-Puisieux, 3 kilometres further along the D919 turn left onto the D174 following the signs for Auchonvillers. After 1.3 kilometres turn left onto the D163 in the direction of Beaumont. At the crossroads in the village of Beaumont, continue straight ahead in the direction of Miraumont.

Beaumont-Hamel was attacked again and taken on the 13th November 1916, by the 51st (Highland) and 63rd (Royal Naval) Divisions. Munich Trench was occupied by the 51st (Highland) Division on the 15th November 1916; New Munich Trench was dug on the previous night by the 2/2nd Highland Field Company and a company of the 8th Royal Scots, and lengthened by the 8th Devons in December. The cemetery was made by the V Corps in the spring of 1917, when their units cleared the battlefield, and it was known also as V Corps Cemetery No.25. There are now nearly 150, 1914-18 war casualties commemorated in this site. Of these, almost 20 are unidentified. All fell in the period November 1916, or January 1917, and the majority belonged to the 10/11th, 16th or 17th Highland Light Infantry. The cemetery covers an area of 404 square metres and is enclosed by a low stone wall.