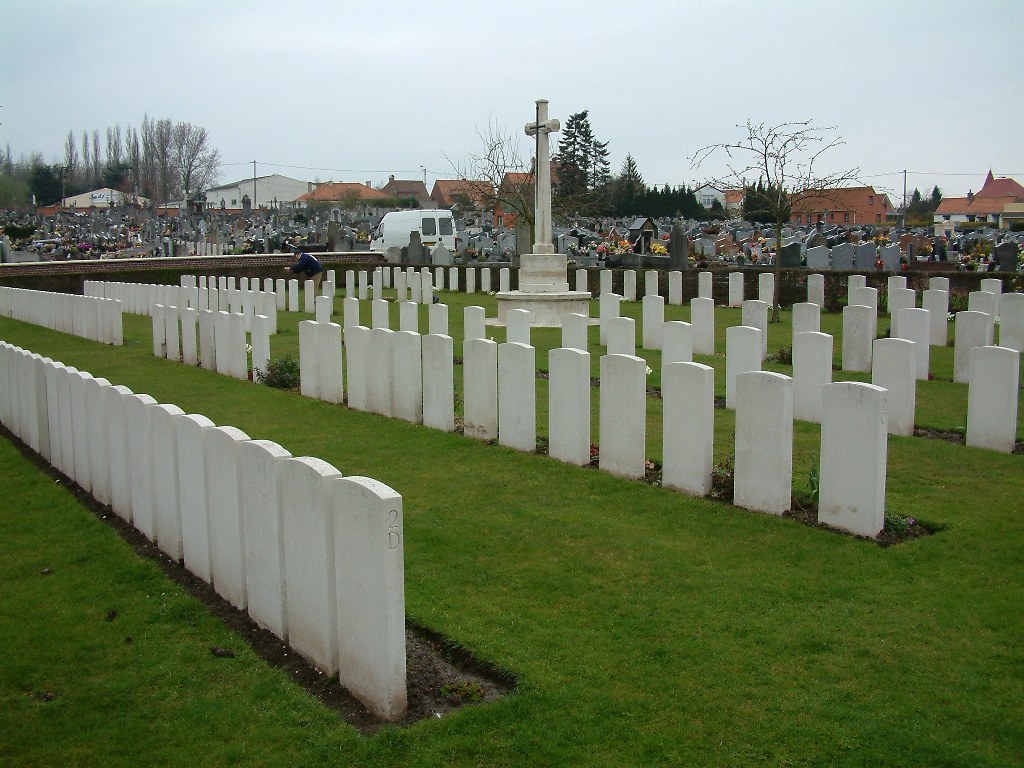 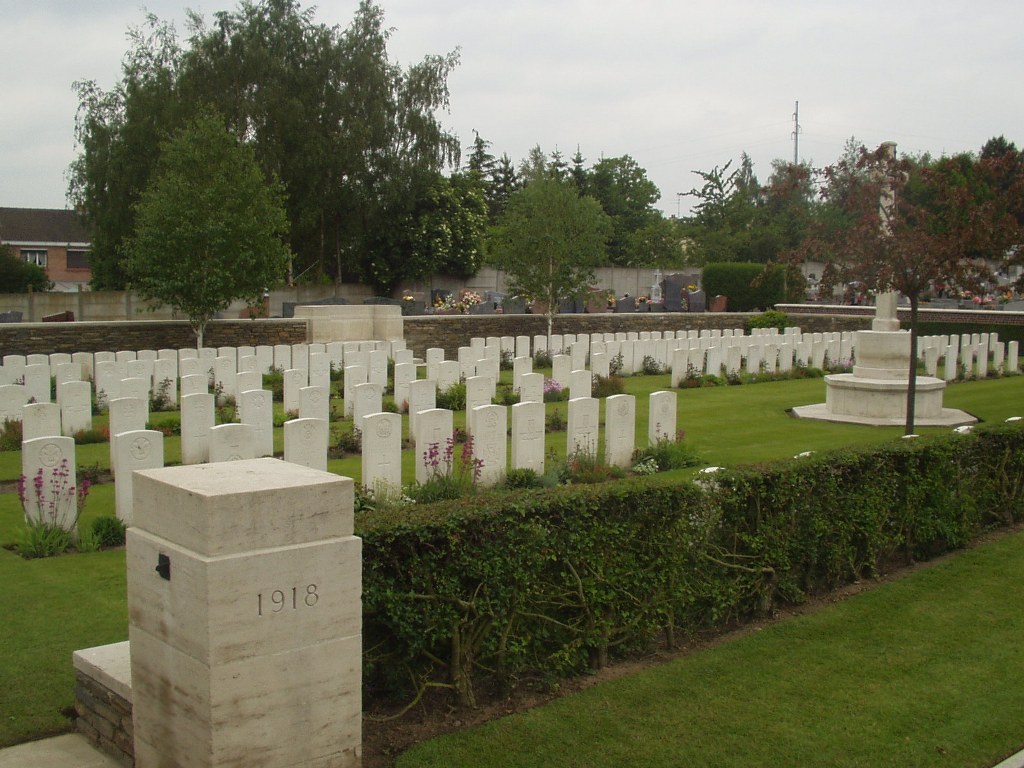 Beuvry is a town in the Pas de Calais, approximately 3 kilometres east of Bethune. The Communal Cemetery is 200 metres north of the church on Rue Edouart Vallant, and the Extension is situated to the left of the Communal Cemetery.

Beuvry village was largely occupied during the War by Royal Engineers, Supply units and Artillery horse-lines. It remained in British possession even during the German offensive of April, 1918. The Cemetery Extension was begun in March, 1916, and used by units and field ambulances until October, 1918. After the Armistice graves were concentrated into it from the battlefields of 1914-18, North and East of Bethune. The Extension covers an area of 846 square metres and is enclosed on two sides by a rubble wall. There are now 206 Commonwealth burials of the 1914-18 war, 32 being unidentified, commemorated here. There are a further 18 Commonwealth burials of the 1939-45 war commemorated in this site. There is 1 unidentified French soldier of the 1914-18 war buried here. The burials in the adjacent Communal Cemetery are subject to a separate register entry.