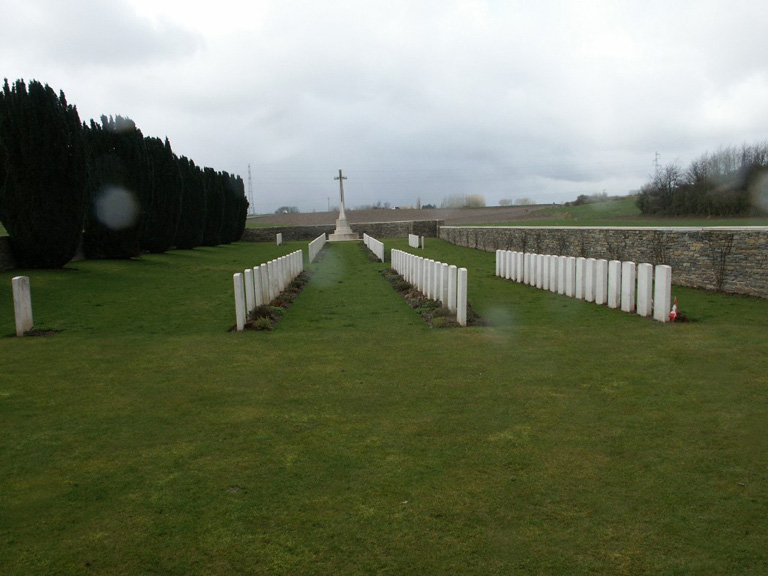 Estree-Cauchy is a village 16 kilometres north-west of Arras on the main road from Arras to Boulogne. Les Quatre-Vents is a hamlet about 2 kilometres south-east of Estree-Cauchy. The cemetery is found just north of the junction of the main road (D341) and the road (D57) from Aubingy-en-Artois to Servins.

The area was used by Dressing Stations during the greater part of the War, and the cemetery was begun by French troops in June 1915, and carried on by British Field Ambulances from March 1916 to April 1918. The 335 French and 19 German graves were removed after the Armistice to other cemeteries. There are now over 100, 1914-18 casualties and one 1939-45 war casualty commemorated in this site. The cemetery covers an area of 1,428 square metres and is enclosed by a rubble wall.