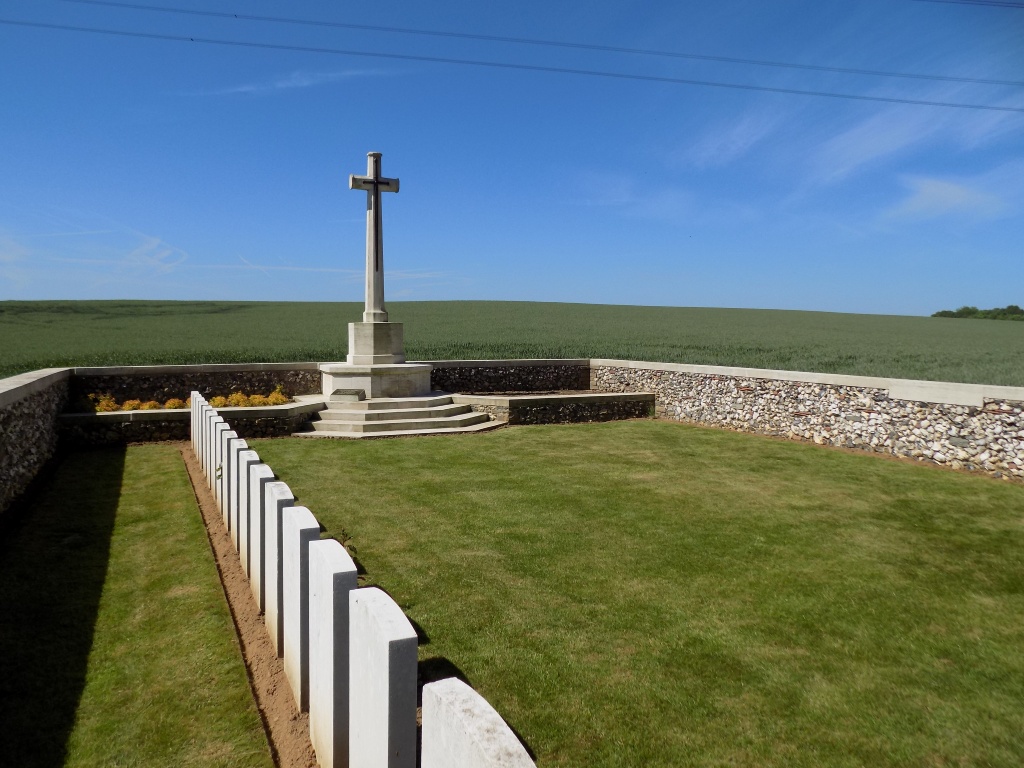 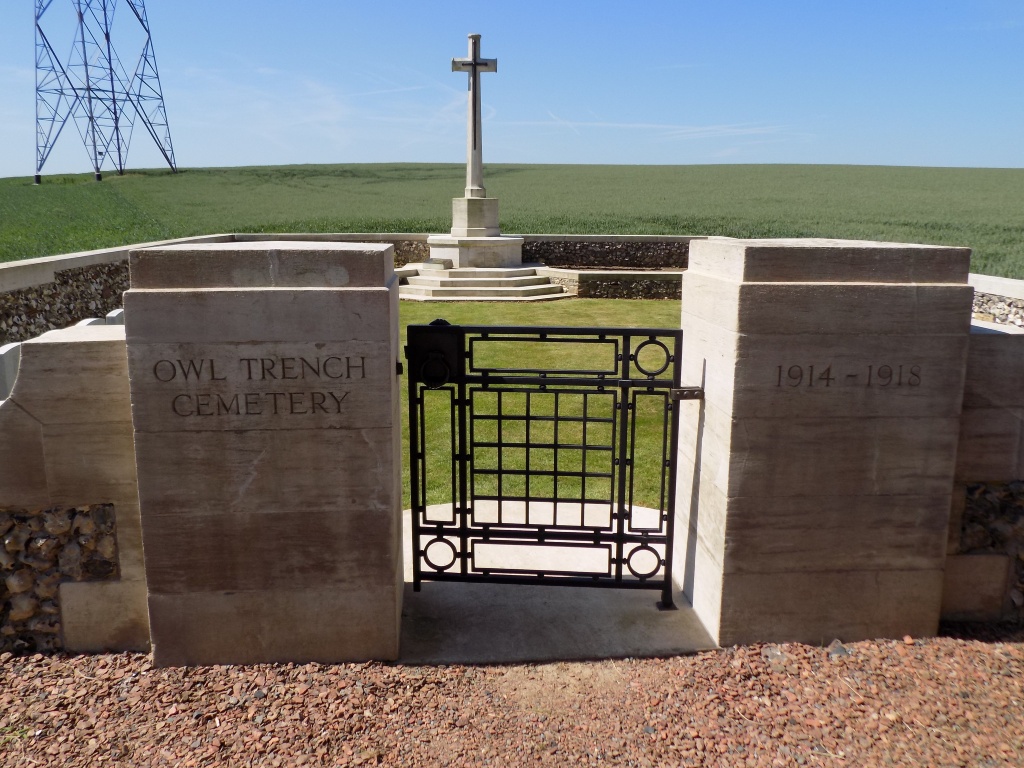 Hebuterne is a village in the department of the Pas de Calais situated 15 kilometres north of Albert (Somme) and 20 kilometres south-west of Arras. The Cemetery is situated 2 kilometres to the east of the village on the road between Foncquevillers and Puisieux.

The village of Hebuterne was in Allied hands from 1915 until the German advance of March 1918 when part of it had to be given up. The eastern part of the commune remained in German hands until February 1917, and was theirs again in the summer of 1918. "Owl Trench" was a German cross-trench before Rossignol Wood, raided by the 4th New Zealand Rifle Brigade on 15 July 1918, and cleared by the 1st Auckland Regiment five days later. The cemetery, however, contains the graves of men who died on 27 February 1917, in an attack on German rearguards by the 31st Division. The cemetery contains 53 First World War burials. Row A is a mass grave for 46 soldiers, 43 of whom belonged to the 16th West Yorkshires. Ten of the burials in the cemetery are unidentified. The cemetery was designed by N A Rew.