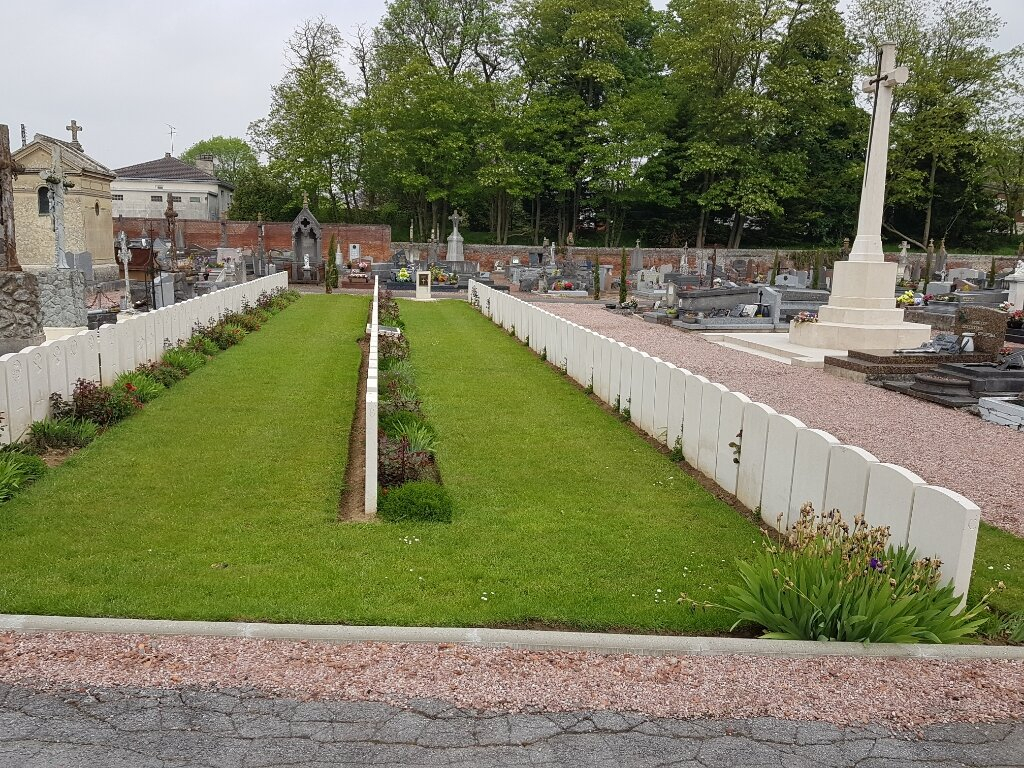 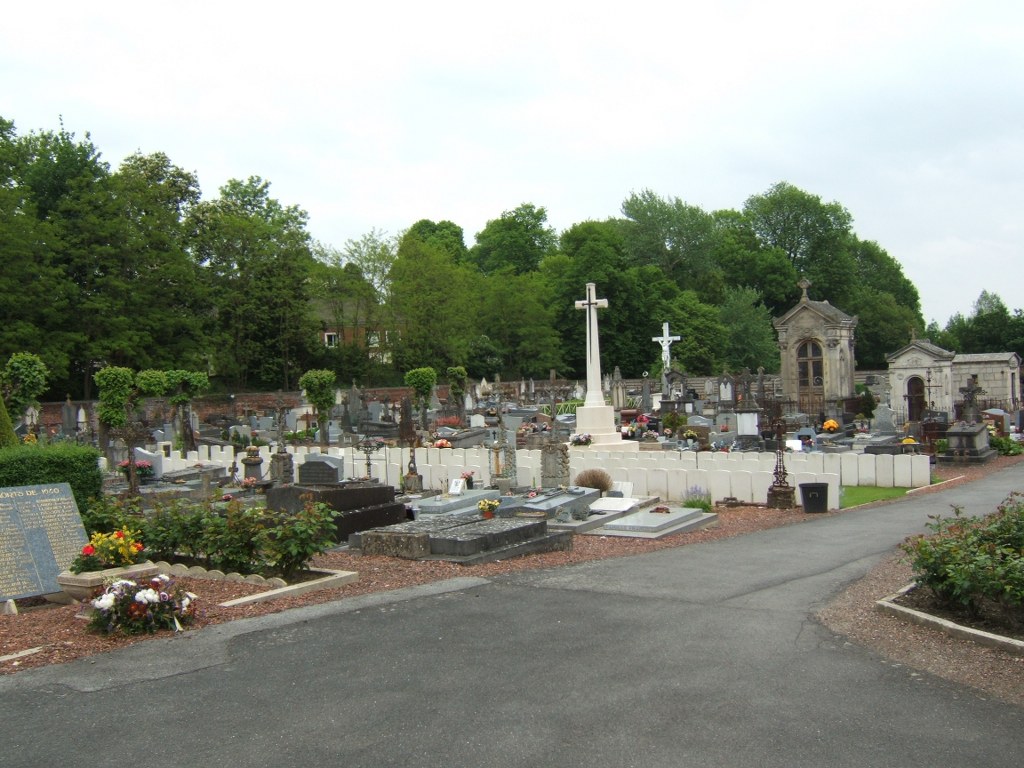 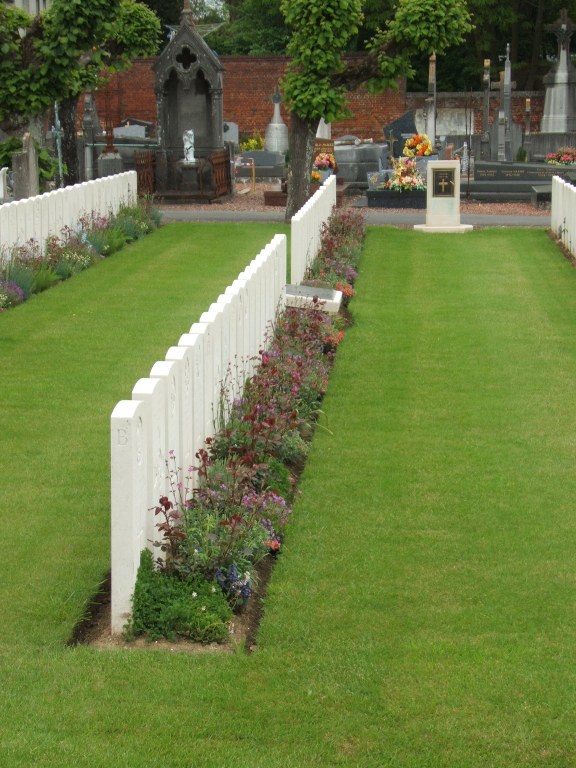 Nesle is a village 20 kilometres south of Peronne. On entering the village from the north along the D35, the Cemetery is signposted and can be easily found on the eastern side.

From April to June 1917, No.21 Casualty Clearing Station was at Nesle, and the dead from it were buried in a plot near the West corner of the Communal Cemetery, between two German plots. In May 1918, four British soldiers were buried among these graves.