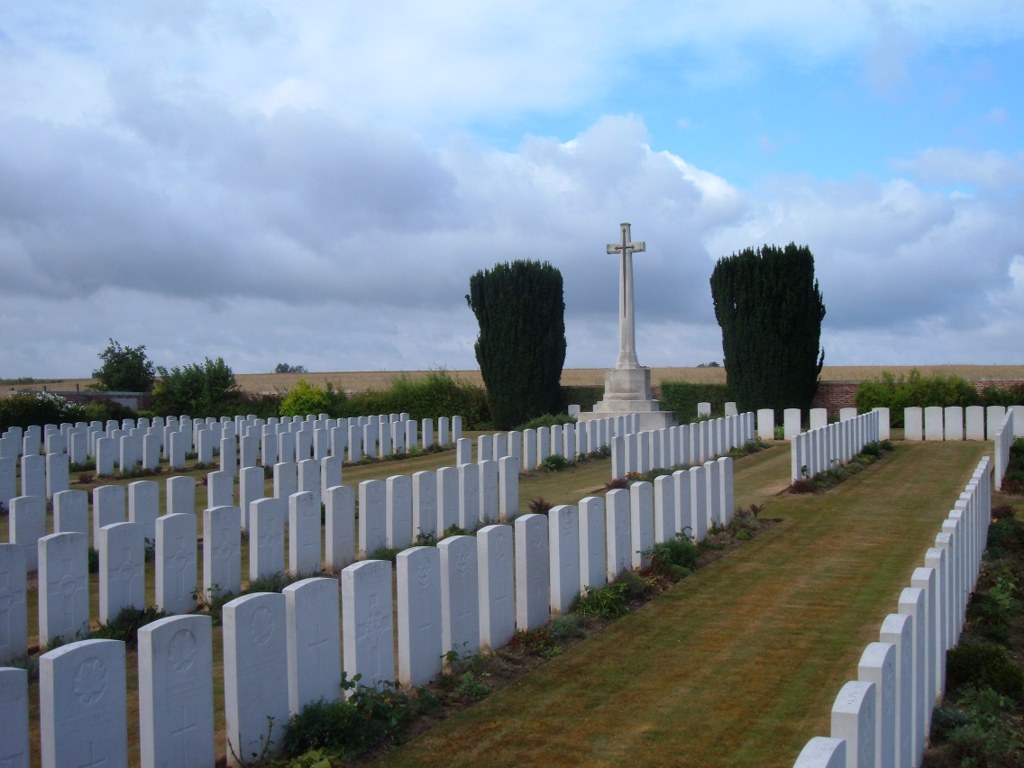 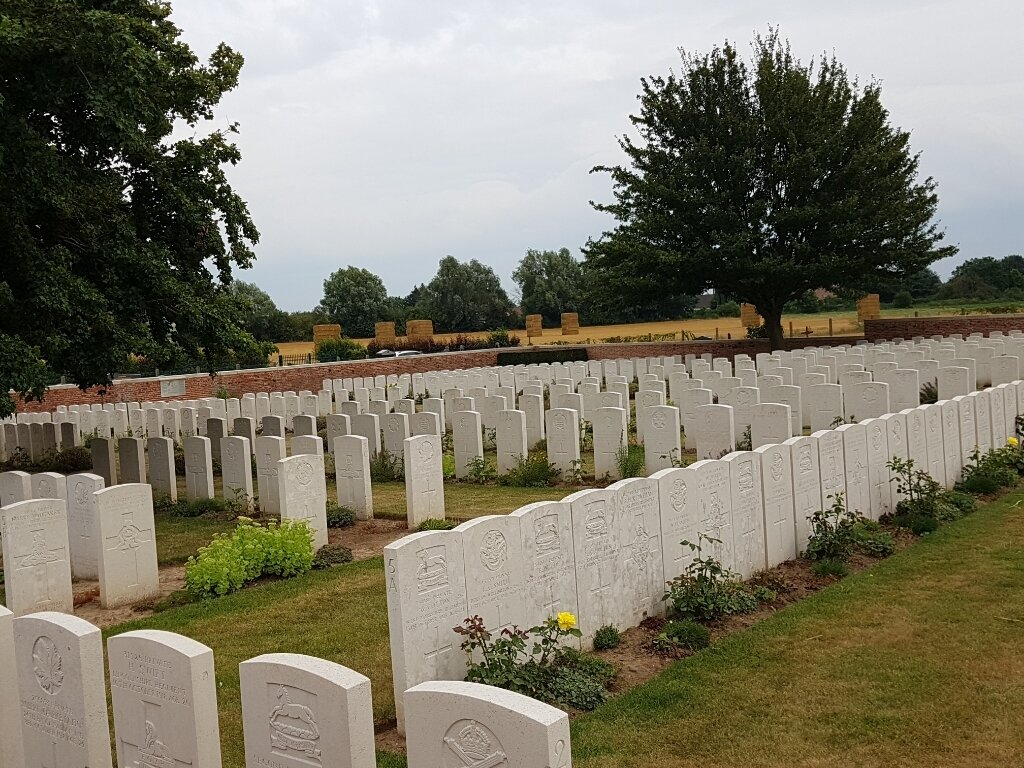 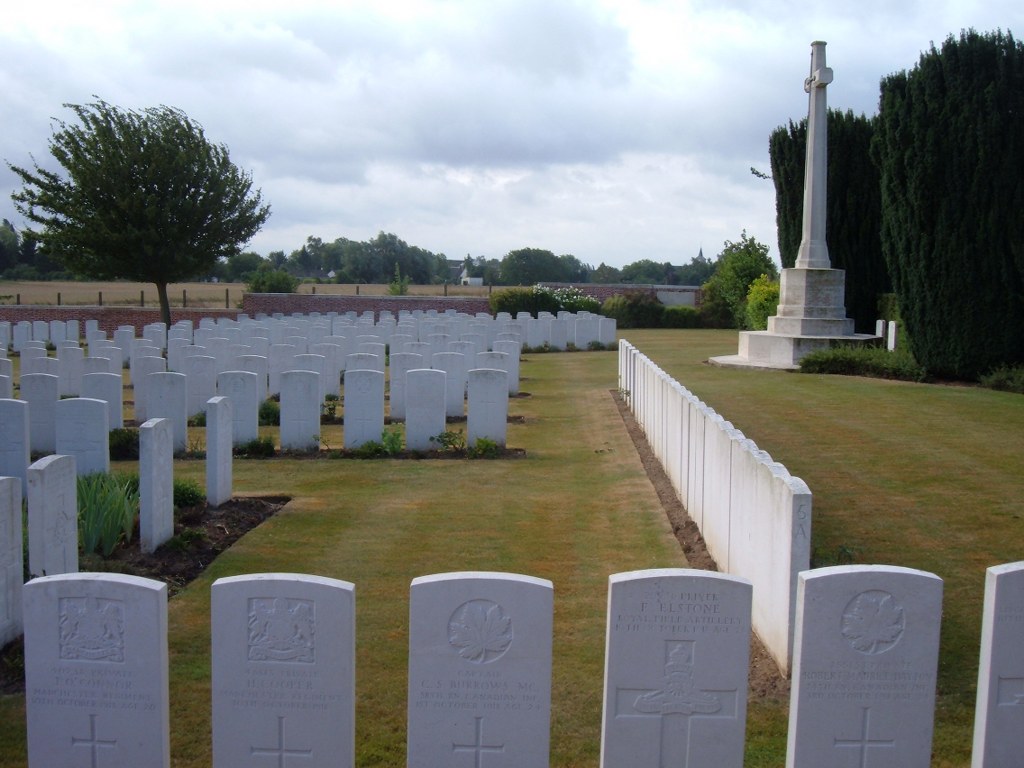 Naves is a small village about 5 kilometres north-east of Cambrai on the road to Saulzoir (D114). The Communal Cemetery is on the south side of the road a little south-west of the village at the entrance to the village coming from Cambrai.

The Extension was begun by the 49th (West Riding) Division in October, 1918, after the capture of the village on the 10th. The 31 graves then made are now in Plot V; Plots I to IV were made after the Armistice, by the concentration of graves from smaller cemeteries and from the battlefields of Cambrai. Among the graves thus concentrated were those of many Lancashire Fusiliers and King's Own Royal Lancasters who fell in August, 1914. There are now nearly 450, 1914-18 war casualties commemorated in this site. Of these, over a quarter are unidentified and special memorials are erected to four soldiers of the 8th Northumberland Fusiliers, buried in Eswars German Cemetery, whose graves were destroyed by shell fire. The grave of one American soldier has been removed to another cemetery. The Extension covers an area of 1,446 square metres and is enclosed by a low red brick wall. The following were among the burial grounds from which British graves were removed to Naves Communal Cemetery Extension:- ESWARS COMMUNAL CEMETERY GERMAN EXTENSION, which contained the graves of seven soldiers from the United Kingdom and one from Canada who fell in October, 1918. HILLTOP CEMETERY, LESDAIN, between Lesdain and Seranvillers, containing the graves of 17 New Zealand and six German soldiers who fell in October, 1918. MAUROIS BRITISH CEMETERY, on the Maurois-Maretz road, containing the graves of 15 South African soldiers who fell on the 14th October, 1918. PAILLENCOURT BRITISH CEMETERY, close to the Sensee river, containing the graves of twelve soldiers from the United Kingdom and one from Canada who fell on the 16th October, 1918. THUN-ST. MARTIN BRITISH CEMETERY, in the middle of the village. Here were buried 18 soldiers from the United Kingdom (mainly of the 51st (Highland) Division) and three from Canada, who fell in October, 1918.