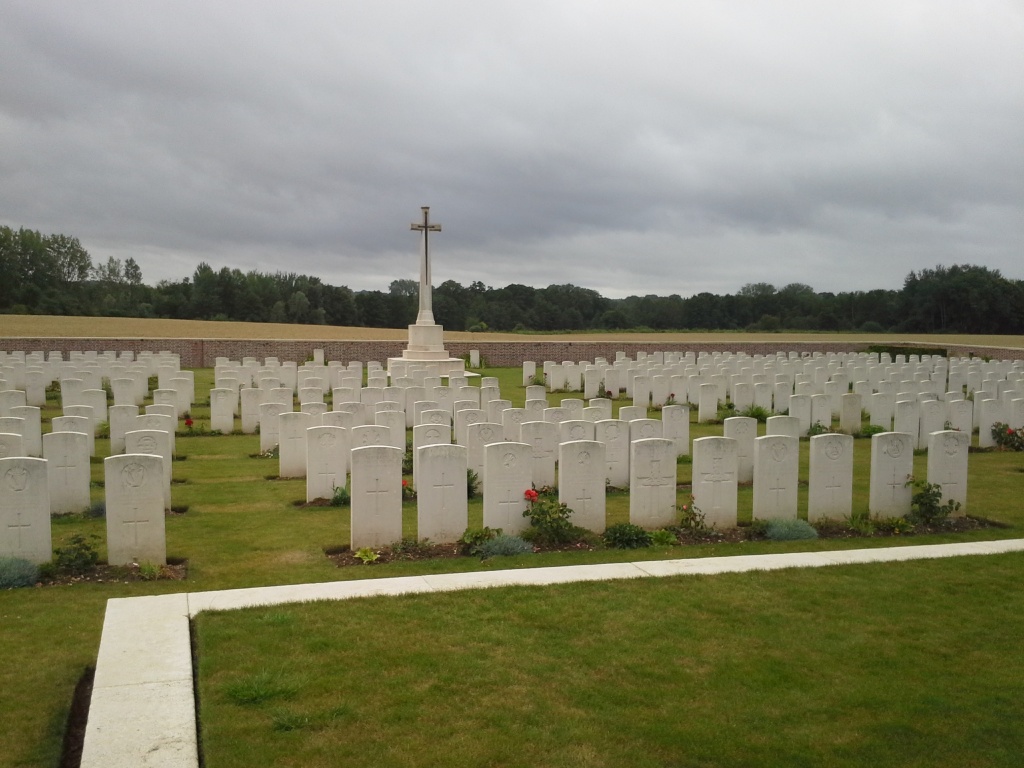 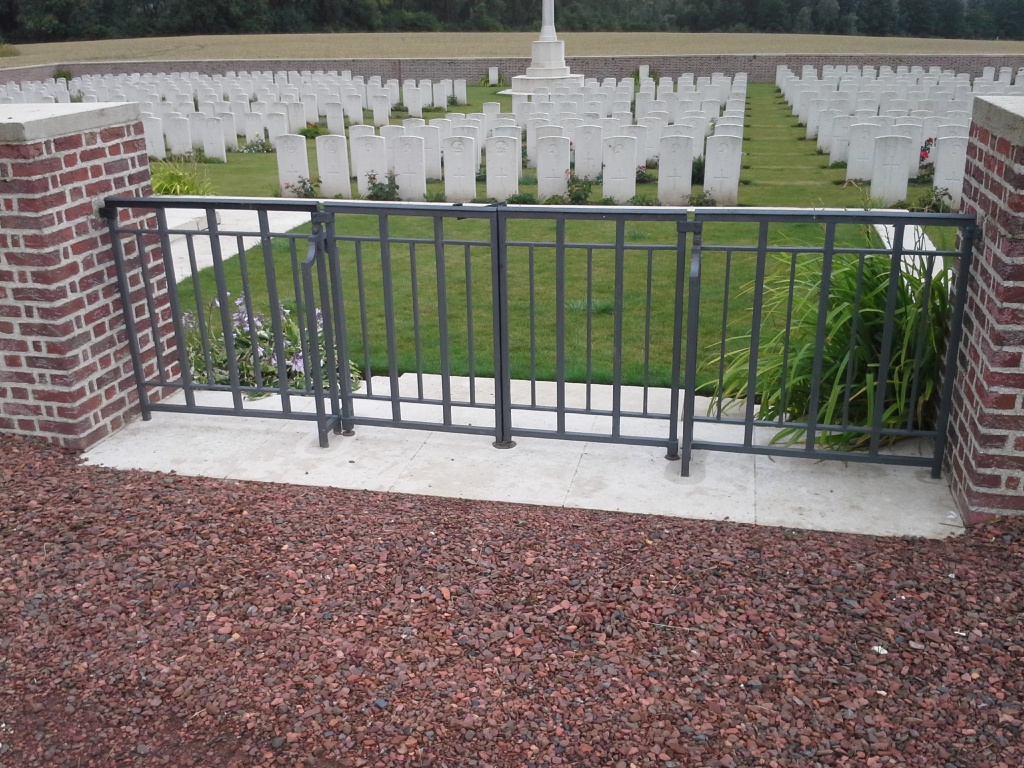 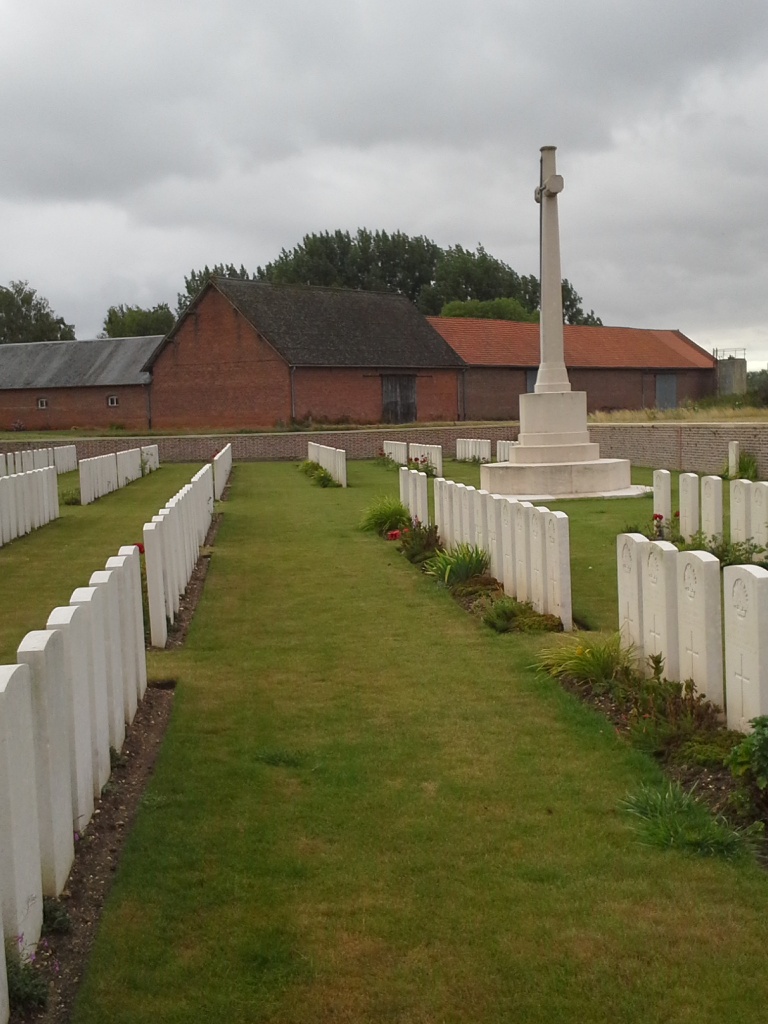 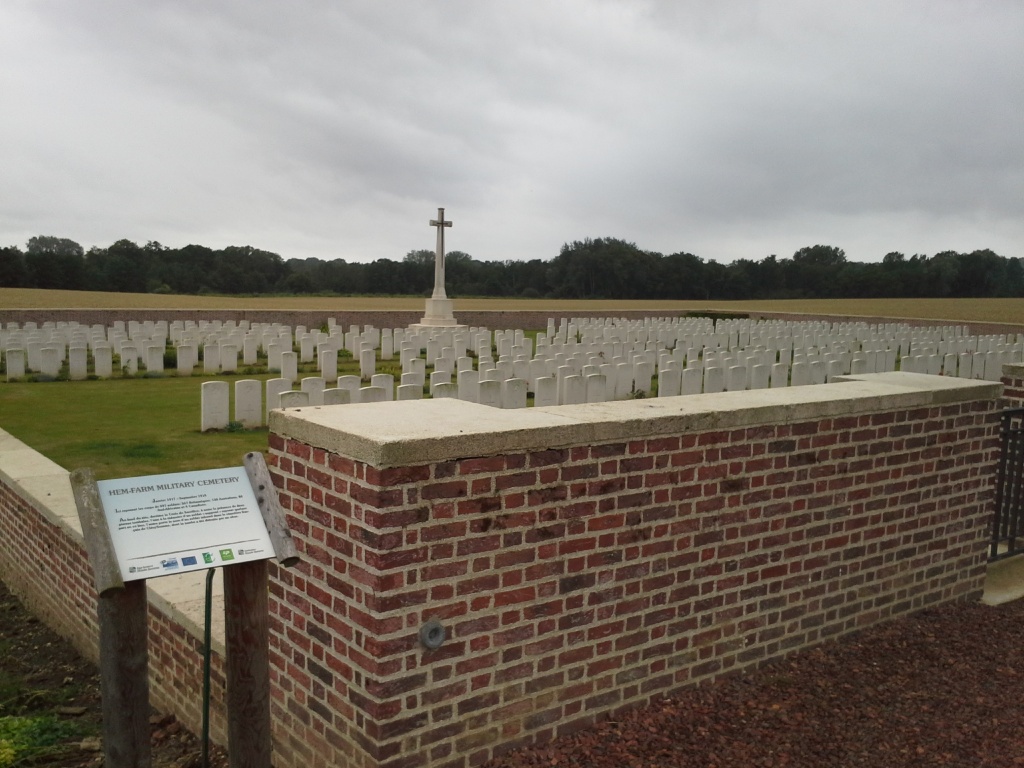 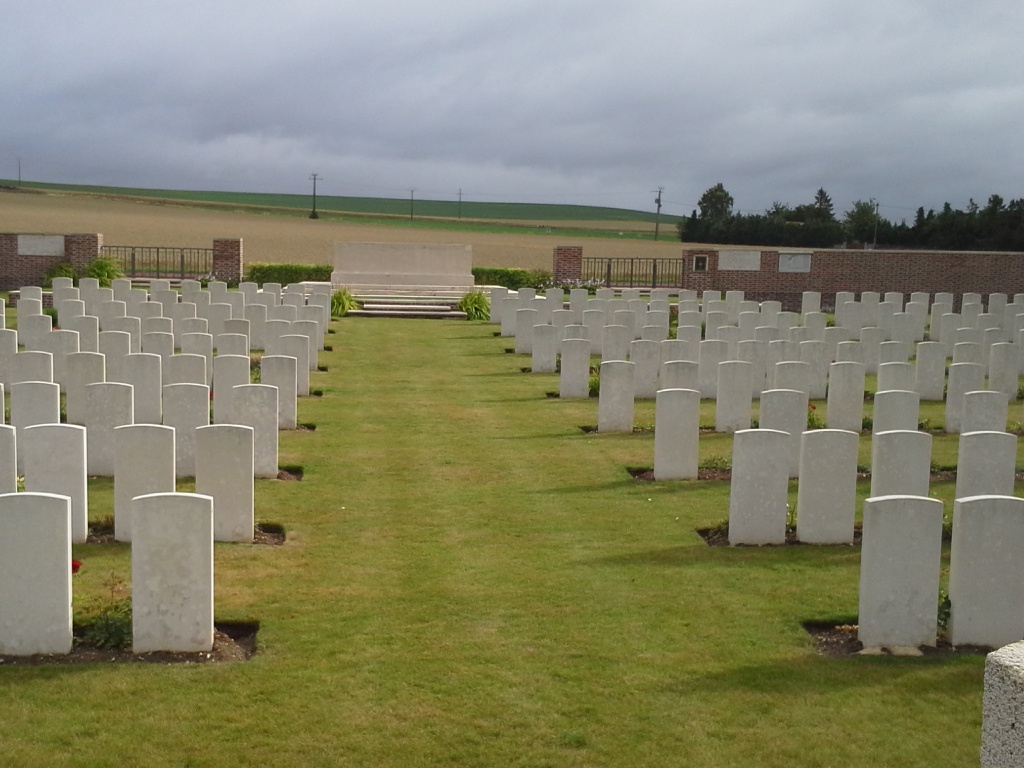 Monacu and Hem-Monacu are two villages about 13 kilometres south-east of Albert, a little south of the road from Albert to Peronne and north of the River Somme. Hem Farm Military Cemetery lies to the west of the village of Hem. 16 kilometres from Albert on the D938 (Albert-Peronne), turn south on to the D146 to Hem-Monacu. After 500 metres turn west onto the D1 to Curlu. Continue for 1.2 kilometres and then turn south. Hem Farm Military Cemetery can be seen next to a large farmhouse 300 metres down this road.